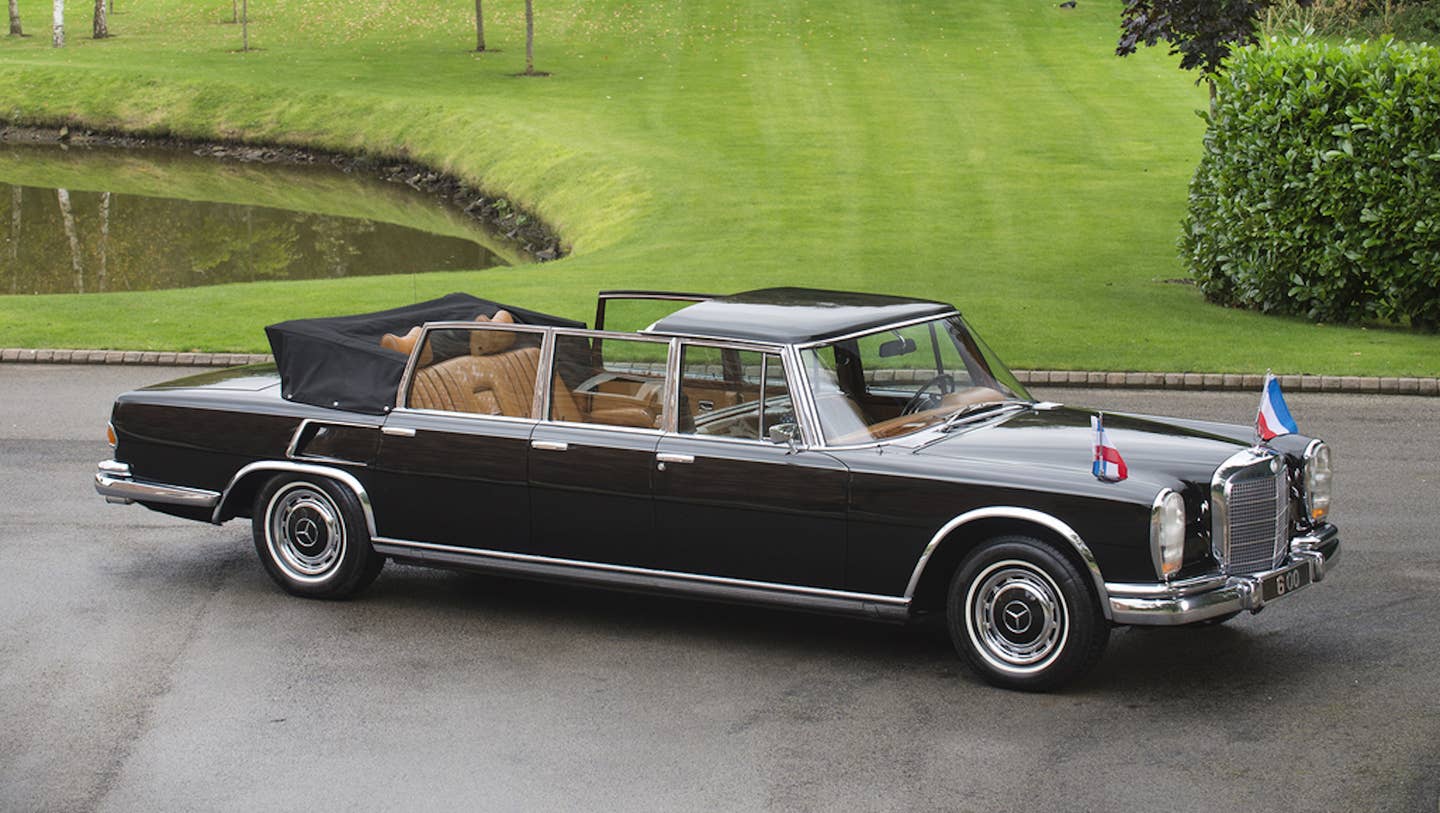 Josip Broz Tito’s legacy is a complicated one. After leading a prolific resistance to Nazi occupation during WWII, he ruled a united Yugoslavia for nearly four decades. Tito has been called a benevolent communist dictator, a man who renounced Stalinism, quelled infighting, stabilized the postwar economy, and provided better quality of life for citizens than other Eastern European countries. He also maintained a KGB-esque secret police force, racked up insurmountable national debt, jailed ethnic pride groups and intellectual contrarians, and perpetrated human rights violations. Hero or tyrant? Ask two Yugoslav expats, and you'll get two different answers. Or a punch in the face.

But there’s no arguing about the lifestyle: Like most dictators, Tito’s lavish tastes were nearly comical. Fine suiting, celebrity mistresses, an exotic zoo at the palace—all of that, and then some. Naturally, his transportation erred on the side of excess. Tito maintained a 55-foot, 7,200-hp yacht, a Boeing 727, and his own luxury train. Also this custom Mercedes-Benz 600 Pullman Laundelet.

Figures. After all, the W100 Grosser limo is presidential opulence incarnate. Over 20 feet long, damn near 6,000 pounds, and powered by Benz’s ultrasmooth single-cam 6.3-liter V8, the Pullman once held the distinction of being the world’s priciest motor vehicle. Built to spec in 1971, Tito’s own Laundelet is of just nine long roof, six-door examples ever made. It’s black over cognac leather, with plenty of bespoke equipment, most notably the liquor cabinet and a bizarre shaving kit in the rear center console. The car’s done just shy of 18,000 miles, the comes with all the documentation and model literature you’d expect. And fender flags. Because of course.

Josip Broz Tito’s is currently on offer at Tom Hartley Jnr in Derbyshire, England. For more photos, check out the full listing here.