How Many of These Obscure Gullwing Cars Do You Know?

Everyone knows a Mercedes-Benz 300SL, but how about the Autozam AZ-1? 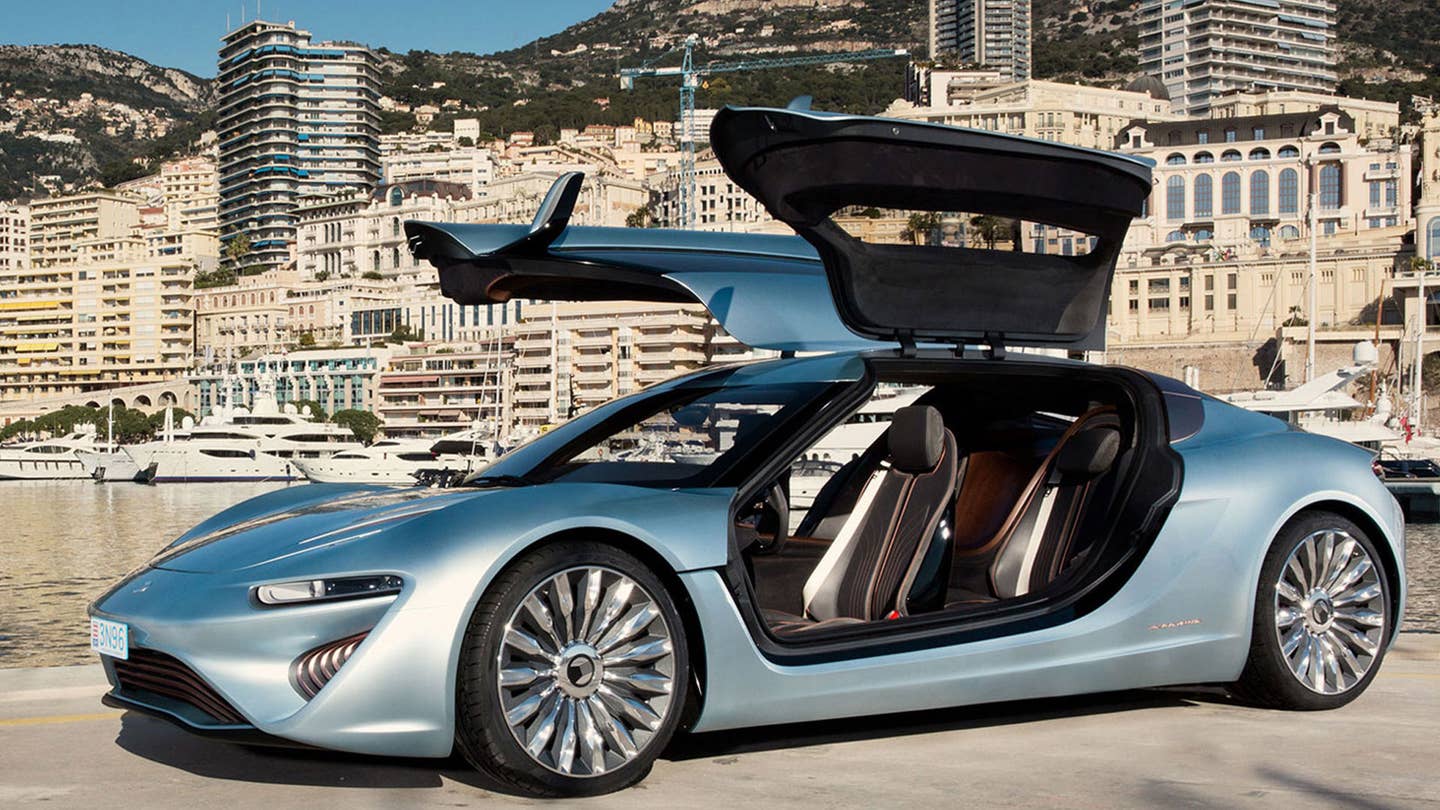 Why would anyone want normally opening doors when doors that open up are an option? Gullwing portals certainly aren't anything new, though you can find them on some newer releases – Tesla's Model X (yes, we know they're technically "falcon doors") or Pagani's Huyara, for example. But there used to be so many more. Sure, we're all well acquainted with the Mercedes-Benz 300SL, arguably the most beautiful coupe to ever spread its wings, and the likes of the DMC DeLorean, but there are a wealth of other cars that also eschewed horizontal openings. How many of these more esoteric gulled machines are you familiar with?

Fewer than 5,000 of these Japanese kei cars were made, and fewer exist today. Purposefully built to get around Japanese tax regulations, a kei car cannot be longer than 126 inches or have an engine capacity greater than 660cc (in the Nineties), and the Autozam AZ-1 ticks those boxes, thanks to a 657cc inline-3 with a turbocharger. Designed by Suzuki, production was actually taken over by Mazda's Autozam arm, although about 530 models were actually sold under the Suzuki Cara. When production time came, the AZ-1 was only available in two colors, Siberia Blue and Classic Red, and it was never intended to be sold outside of Japan. Despite the wings, the AZ-1 couldn't fly. With just 63 horses under the hood, it took the Autozam AZ-1 a full 10.5 to hit 60.

Credit our neighbors to the north for the Bricklin SV-1. In the most Canadian move ever, the Bricklin was specially designed to be a safe alternative to the classic sports car; SV-1 even stands for “Safety Vehicle.” Only produced from 1974 to 1975, the SV-1 came with an integrated roll cage, energy absorbing bumpers and side beam lights. The SV-1 also came without a cigarette lighter or ashtray as creator Malcolm Bricklin thought it unsafe to smoke while driving. Even the car’s paint was maximized for safety; the colors were specifically chosen to alert other drivers. The SV-1 also sported the first, and only, motorized gullwing doors, as standard equipment. Power came from a 351ci Ford Windsor V8 and it put up some decent performance figures against the contemporary sports car giant, the Corvette. A mere 2,800 cars were produced before the company went bankrupt and fewer than 400 are thought to still exist today.

The Eagle SS is a kit car, based on a kit car, based on a kit car. It came with a VW Beetle engine under a lithe fiberglass body. Tipping the scales at a mere 1,653 pounds, performance from the VW powerplant improved and while a top speed of 202 was promised, a shocking 124 could be realized. Initially, the cars were built as rear-engined, but eventually a front-engined version was built to house a Rover 3.5-litre V8 engine. In total, three marques were made of the car, with around 340 examples of each. According to the register at the Eagle Owners Club site, only six are on the road today.

Hailing from the tiny nation of Liechtenstein, the Quant E is an enigma of a car. The manufacturer, NanoFlowcell, claims that the Quant E runs on two different types of electrolyte fluids and is powered by four electric motors churning out 920 horsepower with a range of 372 miles. The company also claims the car has a 0-60 time under three seconds and a top speed of 217mph. None of this has ever been independently confirmed and many in the science community have wondered if the claimed power and range is even possible with NanoFlowcell’s technology. But, hey, it has cool doors!

Just after the Mercedes 300SL, the Marcos GT Xylon was the second production car to sport gullwing doors. Just nine plywood-bodied Xylons—Xylon being Greek for wood— were built in 1960. The British-made car, nicknamed the “ugly duckling” had an extra high cockpit to accommodate a taller driver, including Marcos founder and BRDC member Jem Marsh, and a four-part windscreen. A variety of Ford engines, varying from 997cc to 1498cc, produced the power, and it utilized Triumph Herald steering and suspension bits. It also has a legitimate racing pedigree. Thanks to the low weight, three-time Formula 1 champion, and all around legend, Jackie Stewart won his very first car races in the Marcos GT Xylon.