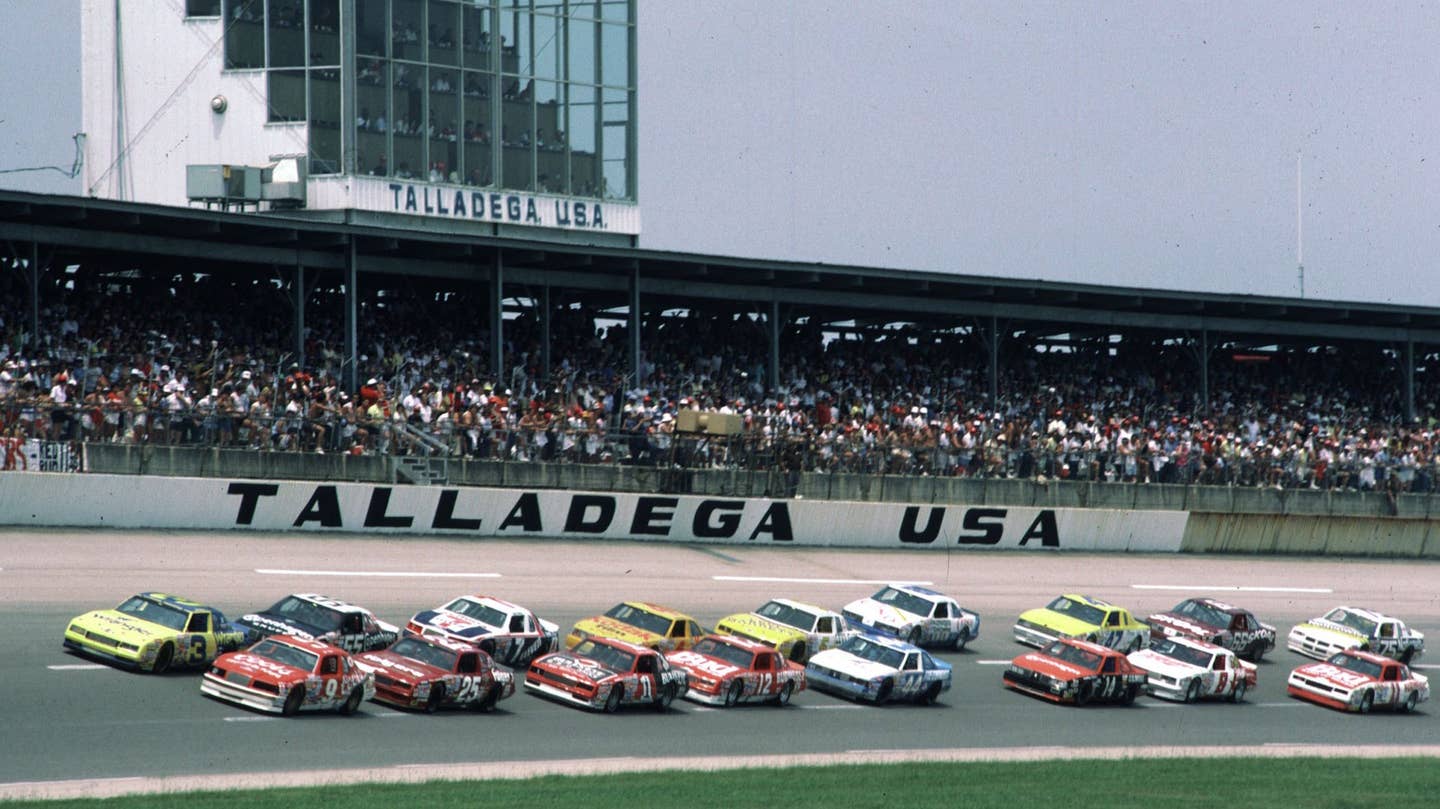 The 2016 NASCAR Sprint Cup Hellmann’s 500 is on Sunday. You should watch it. Not only because the stakes are high (this is the cutoff for The Chase, the series’ playoff-style knockout), but because it’s this year’s second race at Talladega Superspeedway. The venue alone automatically qualifies it as a must-see event; this place is totally and completely, one-hundred-percent unpredictable. Anybody can win, anything can happen. Like when Ron Bouchard, a no-name rookie, upset superspeedway megastars Darrell Waltrip and Terry Labonte. Or when Bill Elliot lost an oil line at the Winston 500, went two full laps down, then somehow re-lapped the field to take the checkered flag.

Also, that time fans tuned in for a nationally-televised race at Talladega, but instead found a fan joyriding the pace car around the track.

In one of NASCAR’s most bizarre episodes, Darren Crowder, a Birmingham local, found his way into the ceremonial Pontiac Trans Am before the May 1986 race. The car had apparently been left unattended near the front grandstand. Crowder, at the time age 20, pulled onto the famed oval and started turning laps. Since the race was minutes from its scheduled starting time, NASCAR only noticed something amiss when Crowder passed an official who correctly identified him as, uh, not the pace car driver. (The call, via team radio: "Who's that fucker in the pace car?")

Crowder proceeded to lead police cars and motorcycles on a high-speed chase around the 2.66-mile oval. According to the New York Times race report, he managed “more than 100 miles per hour on the 3,000-foot backstretch” and was only stopped after “safety and maintenance trucks formed a blockade across the track” at Turn 4. But he wasn’t done. When approached by track workers, Crowder allegedly began impersonating a high schooler picking up his younger brother for afternoon carpool:

The record crowd, some 125,000 strong, cheered for Crowder, who was shirtless and hammered drunk, as he was detained.

If that doesn’t sell you on Talladega, log off and go pick out a casket. You’re already dead inside.

The NASCAR Sprint Cup Hellman’s 500 airs live from Talladega on Sunday, October 23 at 2:00 p.m. EST. on NBCSN. But turn it on a few minutes early because, hey, you never know...