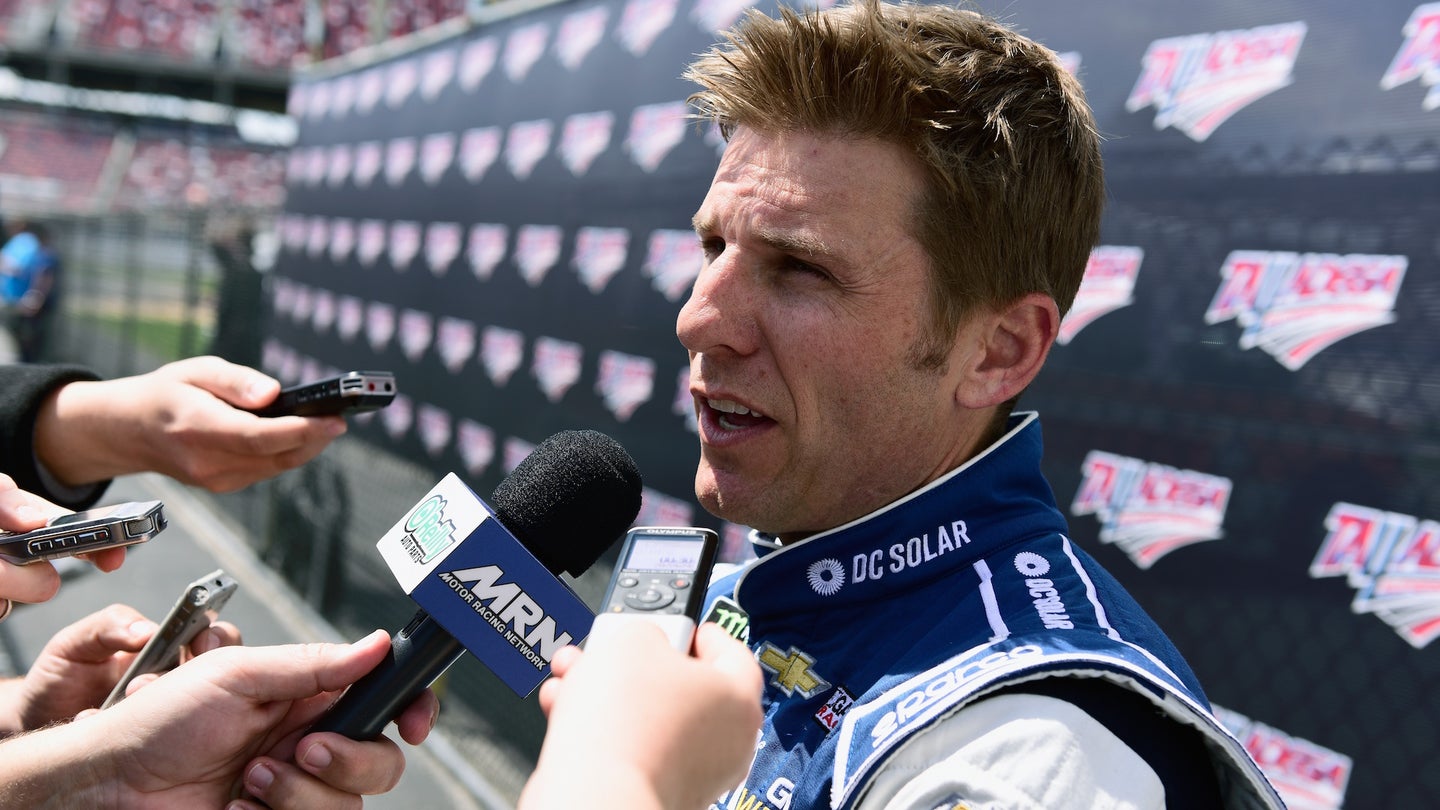 NASCAR is changing the size of the restrictor plates it will mandate for Sunday’s Geico 500 at Talladega Superspeedway in Alabama in an effort to slow cars down after Jamie McMurray flipped his car seven times during a multi-car crash in final practice Friday. The new plates will have 55/64-inch holes, down from the original 7/8-inch.

A NASCAR spokesperson in the Talladega Superspeedway, in making the announcement, said the change was a result of McMurray’s car getting airborne, making it a “safety issue.”

McMurray’s No. 1 Chip Ganassi Racing Chevrolet slid sideways and got airborne. It began flipping when it was struck by the No. 31 Richard Childress Racing Chevrolet of Ryan Newman. McMurray believes he lost control of his car because of a blown left-rear tire.

“I think that we blew a left-rear tire,” McMurray said during a media availability after the incident. "That is what it sounded like. I heard the tire start to come apart and you are kind a long for the ride. The car, I think, it turned to the right and then kind of back to the left and I obviously was in the front of that draft and then once it starts rolling you don’t have any control. You can’t tell what is up and what is down you are spinning so fast. I was just thankful. Honestly, the whole time it’s flipping I was like, just please land on the right way up so I can get out. You just never know if there is going to be a fire. We literally had only run four or five laps so you know you have a full tank of fuel and so to get out upside down I’ve never done that, but it’s a challenge when you watch guys try to do that.  So, I was just thankful that the car landed on all four.”

Newman concurred. “I think the No. 1 car just cut a left-rear tire or something and turned sideways in front of me and had nowhere to go and no time to adjust, so hit him and flipped his car over, unfortunately,” said Newman. "It could have been a really simple deal, but instead we have a car airborne and flipped over. We will get another Caterpillar Chevrolet ready for tomorrow’s qualifying, and most importantly, the race on Sunday,” he said.

The No. 13 Germain Racing Chevrolet of Ty Dillon and the No. 19 Joe Gibbs Racing Toyota of Daniel Suarez also were collected in the incident. All involved will go to backup cars for Sunday’s race. McMurray was able to climb from his wrecked car on his own. None of the drivers involved were injured.