The argument escalated quickly when one warrior attacked the other with his sword. 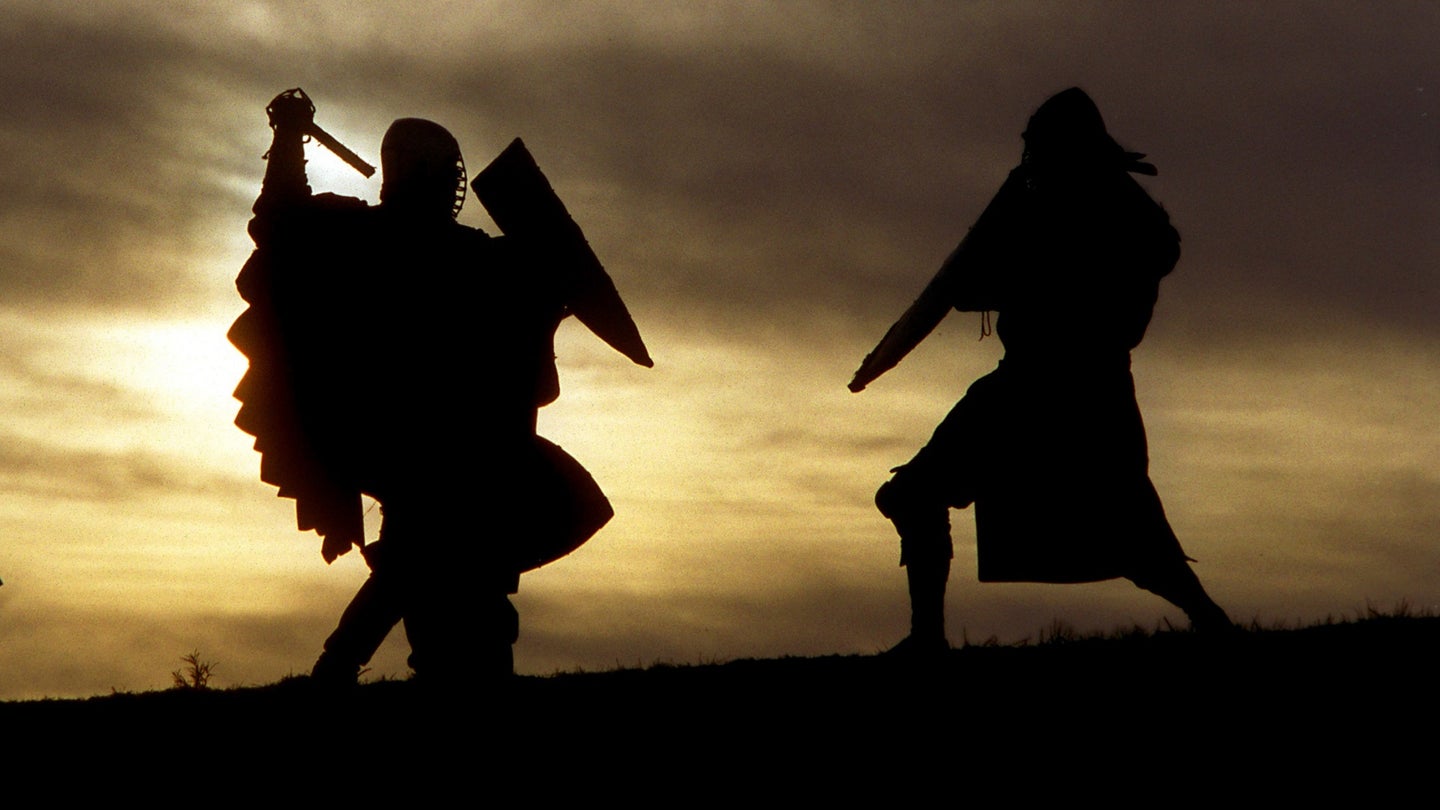 In the fair lands of Somerset County, two mighty warriors engaged in trial by combat over rights to carriage parking in the vicinity of one warrior's castle. Or, to put it into modern terms, in New Jersey two men became involved in a sword fight during a parking dispute outside the home of one of the men, reports NJ.com.

The dispute reportedly occurred between an unidentified man and Jared Razzano outside of Razzano's home. The unidentified man wielded a four-foot level and allegedly attacked Razzano with it, "resulting in several bruises and abrasions to his back, face, arm, and leg," Prosecutor Michael H. Robertson said in a statement to NJ.com.

Razzano withdrew, then allegedly pulled a sword out his car and "retaliated by slashing the victim several times with the sword. The slashing caused the victim serious bodily injuries to his head and arm," Robertson said. The unidentified man "also had one of his fingers nearly severed as a result of the assault," said Robertson.

Fortunately, this parking incident did not become a duel to the death. People wishing to refine their swashbuckling skills would be better served by the Society for Creative Anachronism than engaging in roadside brawls. The Barony of Settmour Swamp holds weekly fencing and heavy list practices in the area where this dispute took place. You even get to wear armor to avoid severed limbs.

Furthermore, this incident clearly demonstrates that the four-foot level is not, in fact, mightier than the sword.