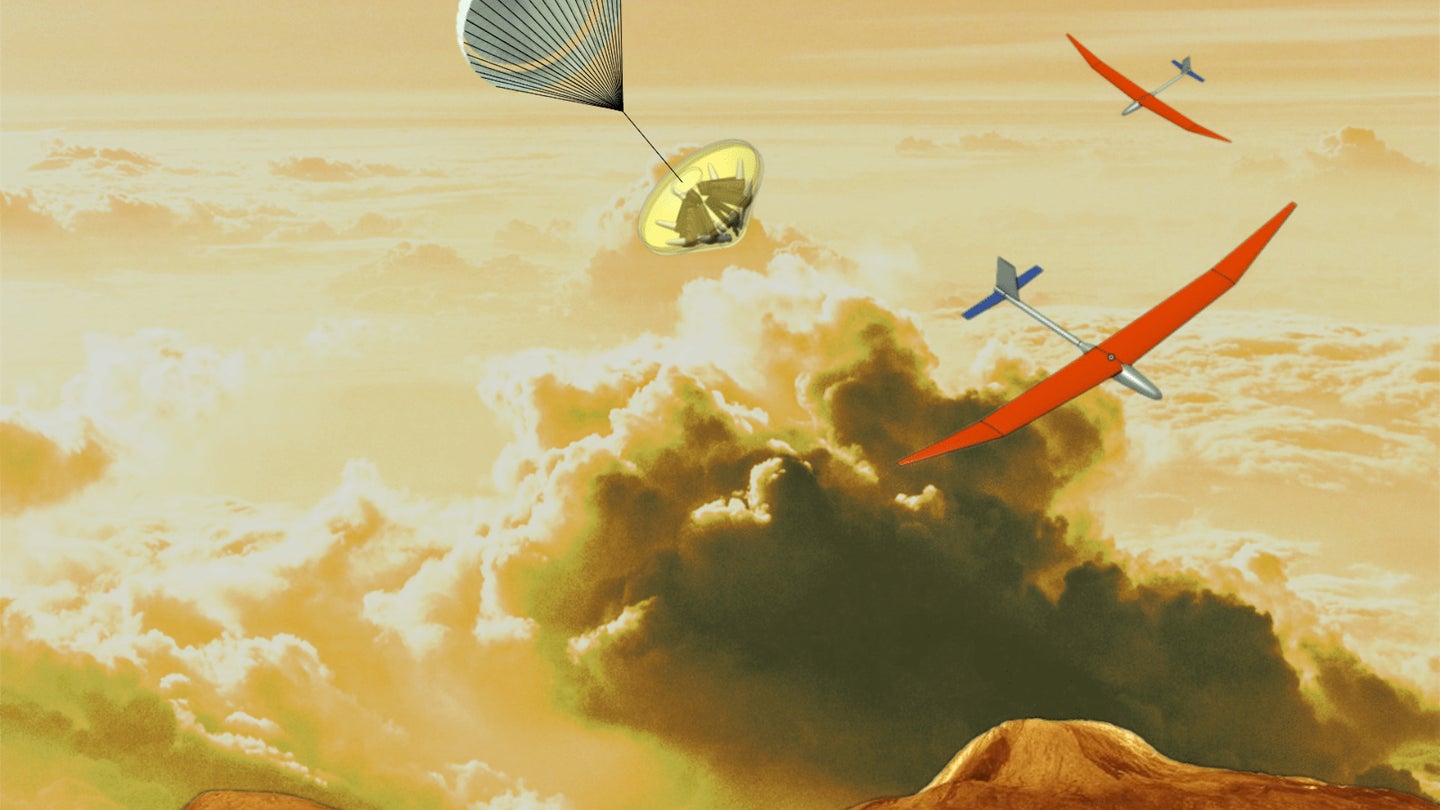 Boulder-based drone company Black Swift Technologies, which recently partnered with NASA’s Jet Propulsion Lab for drone-infused studies of Costa Rican volcanoes, has just been awarded a contract with the space agency to develop unmanned aerial systems (UAS) that could study Venus’ upper atmosphere. According to Daily Camera, NASA has thus far merely provided the company with the basic specifications for the kind of unmanned aerial vehicle needed for such an endeavor, like the size, weight, and payload minimum required of the drone.

“They’re looking for vehicles to explore just above the cloud layer,” said Black Swift founder Jack Elston of his new patron. He added that NASA is particularly eager “to look for organic material or evidence of that material in the upper atmosphere.”

The contract itself is a six-month, $125,000 deal, which Black Swift will use to design the physical drone and the required software to properly run it. Funding for this investment arrives from the federal government’s Small Business Innovation Research program, which was founded to “support scientific excellence and technological innovation.” The contract will also allow for Black Swift to hire additional staff to accomplish its assignment.

While it might seem like this mission might require a vastly specialized set of skills entirely since the drone is set to operate on another planet, Elston and Black Swift’s drone expertise is actually enough, as Venus is fairly comparable to our own planet in certain regards.

“The pressure and temperature are similar to what you’d find on Earth, so it could be a good environment for looking for evidence of life,” Elston explained. Of course, it won’t be an easy task, either. “The winds in the upper atmosphere of Venus are incredibly strong, which creates design challenges,” Elston added.

At the end of this six month period, Black Swift will present its work and finalized plans to NASA, with the agency either continuing their partnership or not. “If they like what we’ve come up with, they’ll fund another two-year project to build prototypes,” said Elston. “That second-phase contract is expected to be worth $750,000.”

In regards to our first reporting on Elston’s company, Black Swift’s partnership with NASA to study the gases of Costa Rican volcanoes has been fairly fruitful. Once a series of test flights are completed later this year, Black Swift’s drone is set to operate in Hawaii, in order to more clearly understand the geothermal activity occurring there. From Hawaii to Venus, the drone industry is taking off admirably.

Boeing invested $2 million to find the most promising, viable passenger drone concepts to help make them a reality.