You’ve never seen drifting until you’ve seen it through the 4K eye of an aerobatic drone. 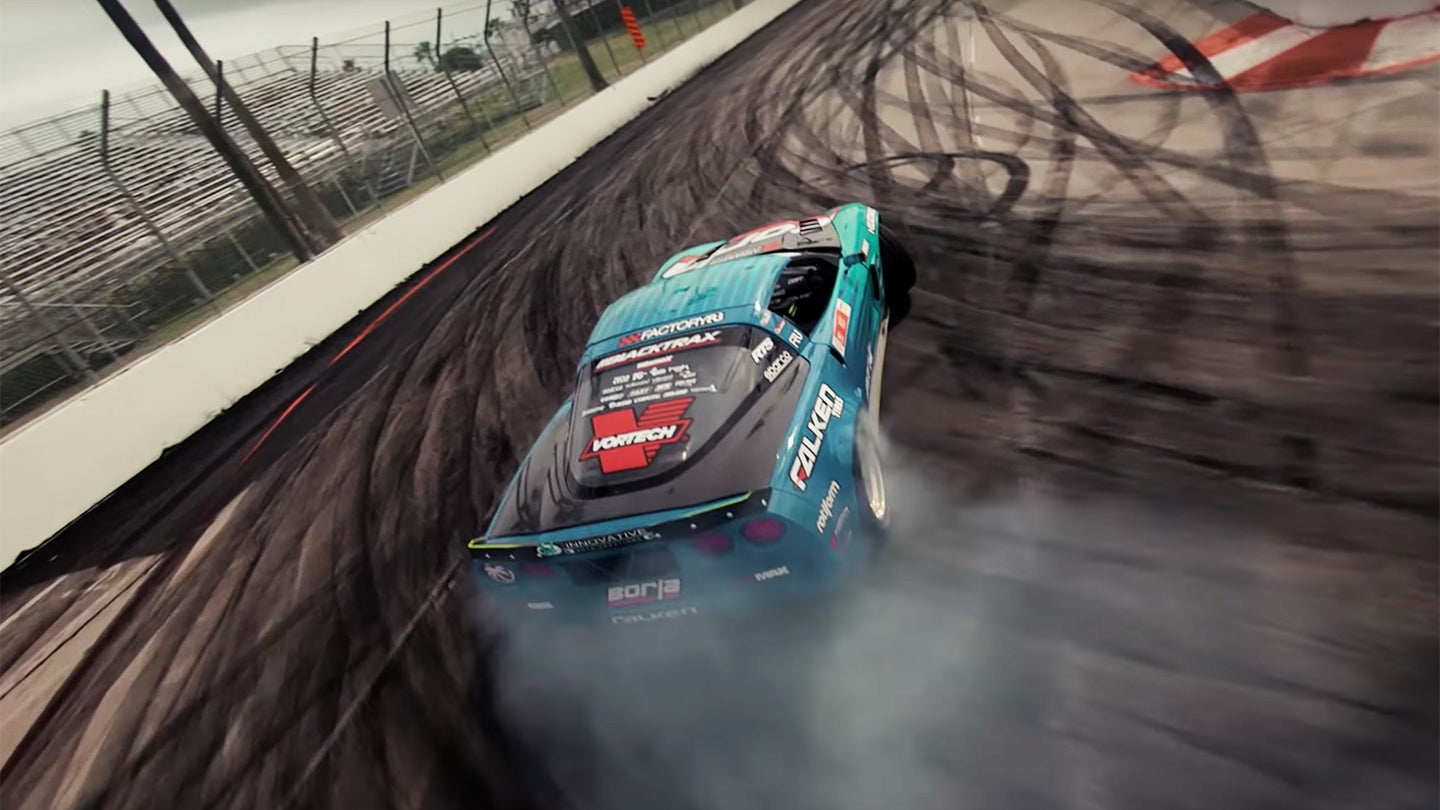 Formula Drift descended onto the streets of Long Beach, California for its season opener last weekend, and along with the usual drift superstars like Fredric Aasbo, Vaughn Gittin Jr., and Ryan Tuerck, FD brought out a supremely talented camera drone pilot named Johnny Schaer. Better known as Johnny FPV, the Chicago native's thrilling aerobatic cinematography is a promising look into the dynamic future of drones and motorsports.

Using a custom-built AstroX X5 high-performance racing drone complete with fix-mounted GoPro Hero7 to capture full 4K video, Schaer's shots could easily trick the viewer into believing that they’re playing Forza or Gran Turismo. Setting off behind Matt Field’s Falken Tires Corvette, he flies the camera closer to the action than any chase car could possibly get, offering a third-person gaming view that’s as fluid as it is jaw-dropping.

Schaer's picture-perfect captures are aided by the immersive first-person-view his setup affords. The drone’s feed is sent directly to his eyeballs through a set of Dominator HDO goggles, while he controls its flight path using a custom FutabaUSA 16SZ unit, which is like a RadioShack RC car controller on steroids. The result of this high-tech flying camera—and its subsequent trip through the chaos of immolating tires—not only looks wicked, but could be exactly what racing series around the world need to get the next generation hooked on motorsports.

Capturing racing for home audiences has remained stagnant for years. Cameras are positioned on corner entries, front and back straights, in the pits and that’s about it. With the exception of a few onboard shots, none of them move. But imagine the possibilities this drone technology could offer race series like IndyCar, Formula 1, and NASCAR. Or what these drones could do for the long stages of World Rally Championship courses. Even if they can't quite keep up with the cars, it wouldn't be too hard to hover camera drones in a chain to provide unbroken coverage of just about any track. But so far, Formula Drift is an outlier in its extensive use of drones.

Drifting two top-spec 1,000 horsepower monsters inches from each other remains a daunting task. Each input of the steering wheel, handbrake, and throttle modulates the angle, speed, and proximity these cars generate either a great deal or in barely perceptible ways. The result is a high-stakes chaotic dance. Putting a drone in between this chaos, or right on the door in Field and Johnny’s case, looks just as difficult. It’s also one of the raddest drifting videos we’ve seen in some time.