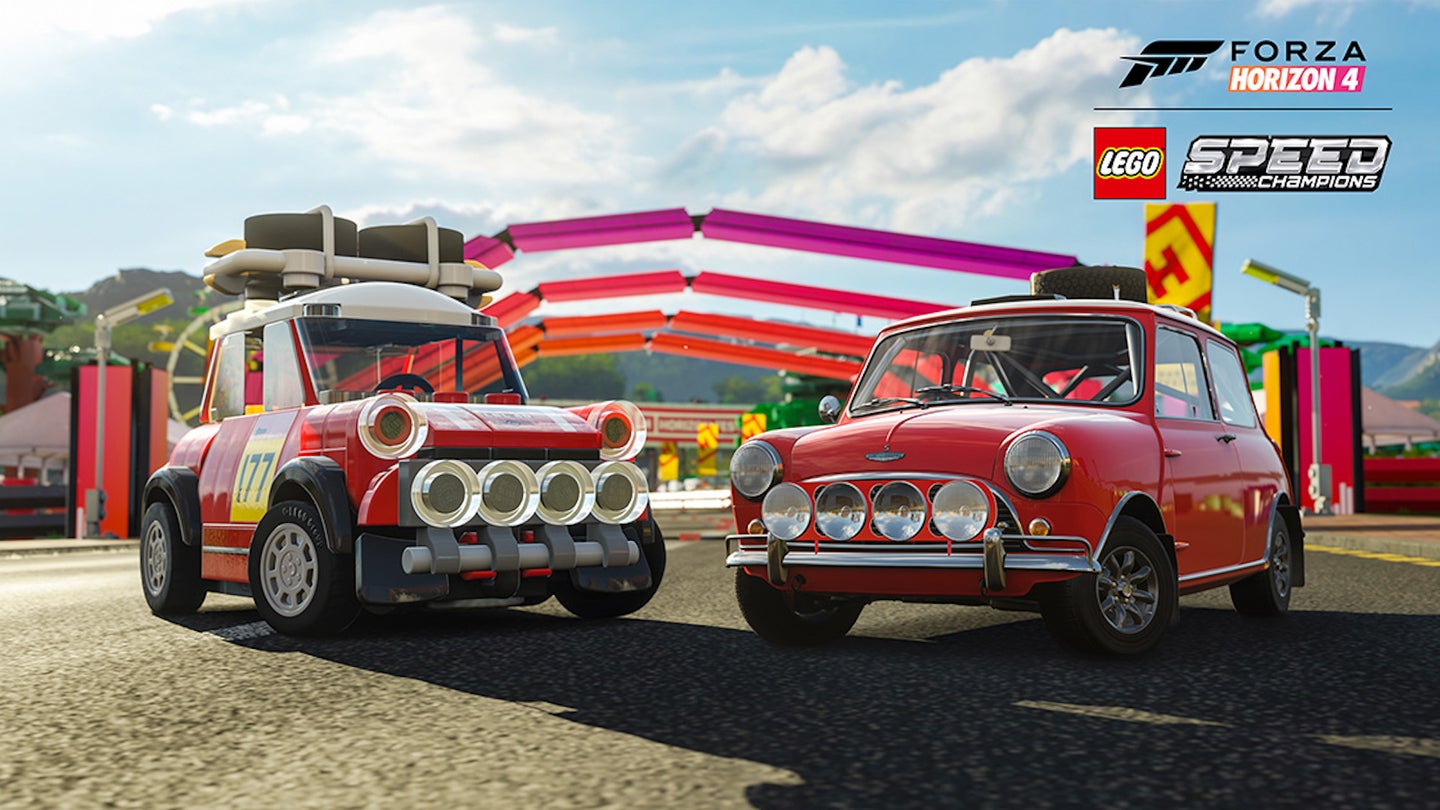 There's always a tinge of longing whenever you finish up a Lego car build. You gaze upon your cute little creation and wish you could hoon its little wheels off. Fortunately, now there's another option for playing with your Lego cars besides pushing them around on a desk: Forza Horizon 4 just announced the Lego Speed Champions expansion for the game, which lets you drive Lego cars in the "Lego Valley" world.

It's the perfect game for a Lego wonderland because the open-world hoonage of the Forza Horizon series is about as close as you can get in a game to rolling Lego cars around the vast expanses of your living room.

The Lego cars in the pack are no slouch, either, including a Ferrari F40 Competizione, McLaren Senna (complete with see-through door!), and a 1967 Mini Cooper S rally car. If you've ever wanted to take a regular Forza car on a joyride through a Lego world, the regular cars can come, too. It's all very cool.

Lego Valley also lets you smash through Lego brick structures in the best way possible: by sending bricks flying everywhere. Why can't real-world Legos bust apart like this, too?

There are cool extra Lego Brick Challenges and hidden Bonus Cubes in the expansion as well, along with the ability to start your own collection of Lego bricks. There are pirate ships, banked race tracks and jumps. You can even construct your own Master Builder's House. It's the ultimate home Lego collection, only virtual.

You can download the Lego Speed Champions expansion pack on June 13, but no word yet on how much it's going to cost.

The impressive remote-controlled sub launched fireworks from under the waterline dozens of feet in the air, that is before its controlled demise.