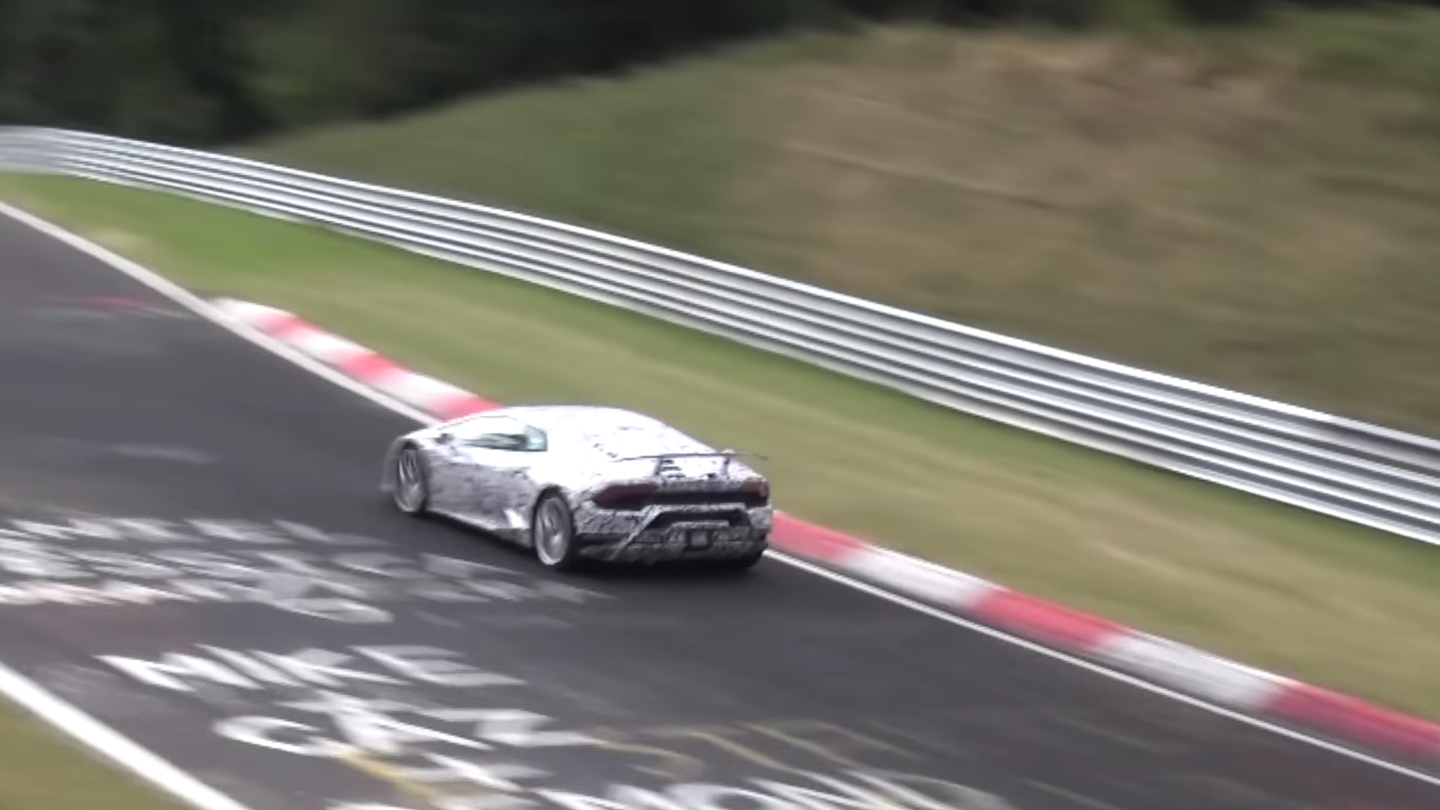 Just two days before Lamborghini is expected to release info on its new Nurburgring record, a clip has surfaced that seems to show the same car the Italian automaker has previously teased dominating the German race track.

A video uploaded to YouTube Tuesday shows what appears to be the new ultra-raw Lamborghini Huracan Performante going hammer-down on the 12.9-mile Nurburgring Nordschleife. Last week, the supercar maker teased the vehicle in a 30-second clip. In that video, Lamborghini tells its viewers to "prepare for the highest experience," which to us seems like an indicationthe automaker is preparing to drop a new record.

In this new clip, we are given a full two and a half minutes of the Performante going 'round the Nordschleife. If there's one takeaway from this video, it's that this new Huracan is loud. And not just normal Italian supercar loud. Try "garbage truck scrunching trash on a city street in the middle of the night" loud.

The new special edition Huracan will also be lighter than the normal model, have a re-tuned seven-speed dual-clutch transmission, a new active aero setup, and a more powerful V-10 engine. It's expected that this car will slot in faster around the Nordschleife than the Porsche 918 Spyder with a time of 6:57, Motoring.com.au reports.

Official details come from Lamborghini on Thursday. For now, enjoy this video of the loud Italian car going fast.