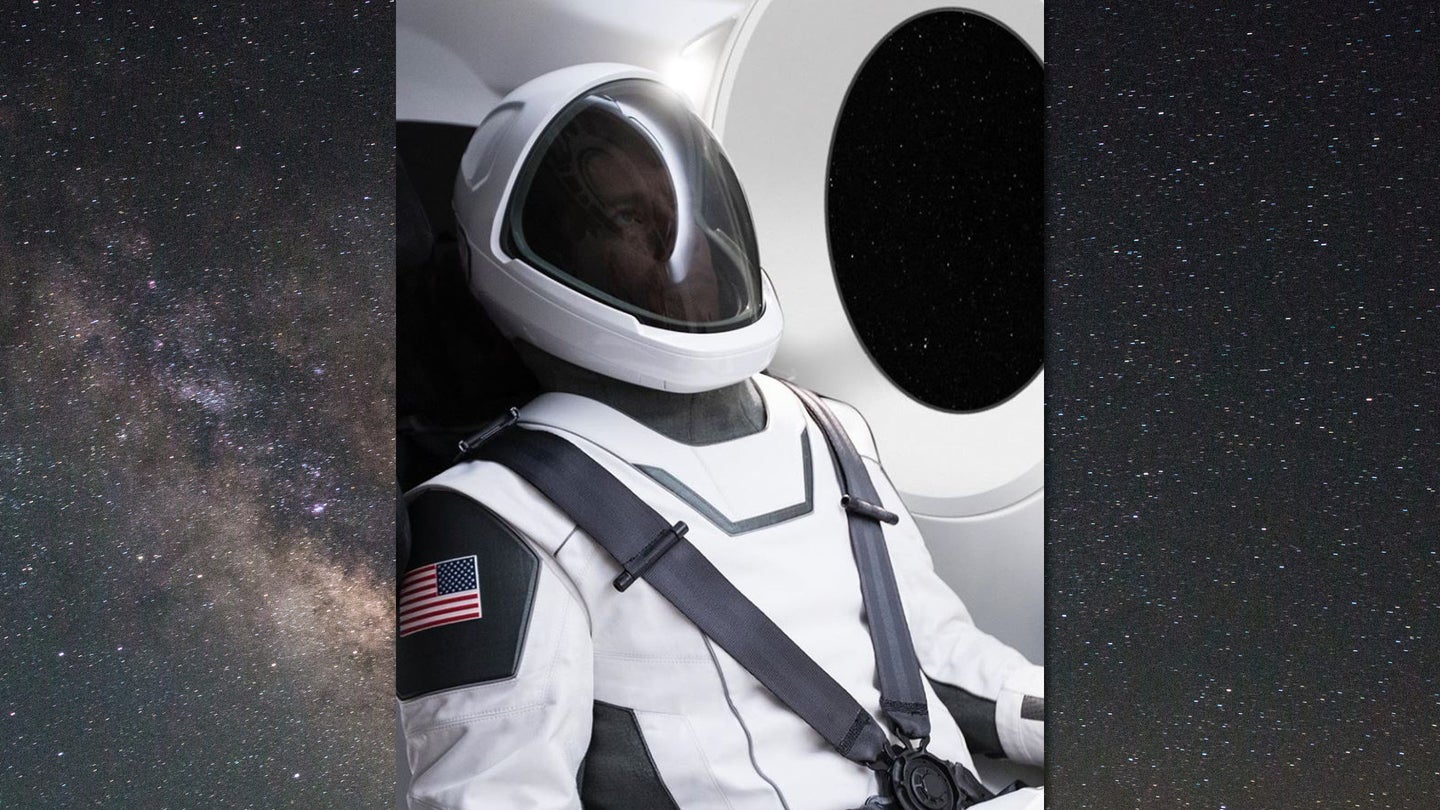 With "production hell" only just beginning for the Tesla Model 3, it makes sense that founder and CEO Elon Musk would want to escape for a little bit. Maybe that's why Musk took to Instagram earlier today to share some exciting news from his other company (no, not that one) and show off the first official look at SpaceX's new spacesuit.

According to Musk, the fully-functional prototype has been tested to double-vacuum pressure. That doesn't mean astronauts will be heading out on future spacewalks wearing these svelte suits, though. These sci-fi-looking rigs are meant to be worn as astronauts ride to and from the International Space Station in SpaceX's Dragon Capsule.

In his post, Musk, noted that it was "incredibly hard" to balance the look and functionality of the spacesuit—in other words, it was tricky to make it look cool without accidentally killing the person wearing it. It certainly has a much more futuristic vibe than the suit that Boeing revealed earlier this year for astronauts to wear in its CST-100 Starliner capsule, which looks like something straight out of 2001: A Space Odyssey. Not that that's a bad thing.

Musk promises more details will be released in the coming days, presumably including shots of the full spacesuit and more technical specifications.