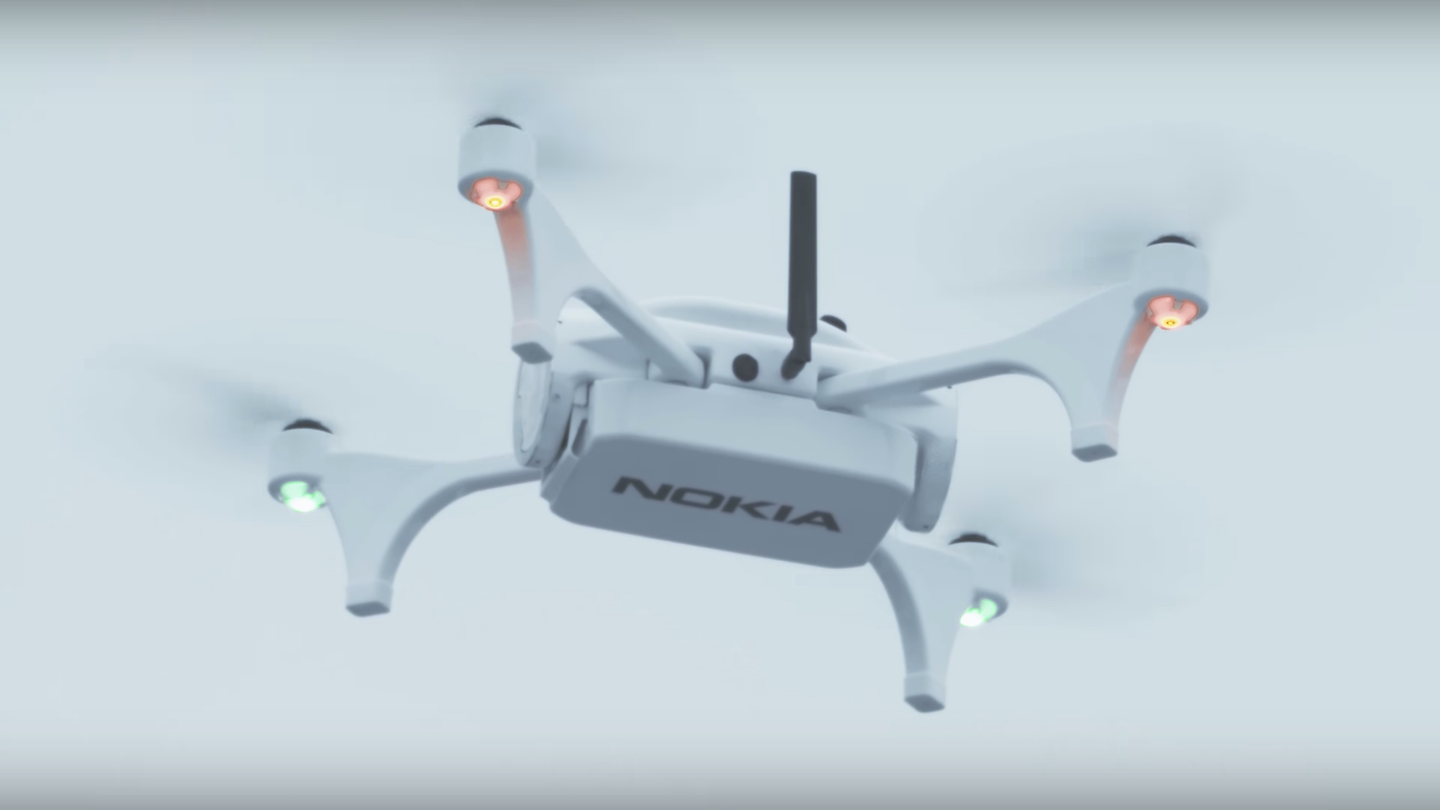 Nokia, the Finnish tech company that once used to dominate the mobile phone industry, is ramping up its entry into the world of drones. Earlier this year, the company launched a series of unmanned aerial vehicles in Dubai, but it’s now becoming clear that Nokia is eager to establish a network of its own instead of relying on pre-developed infrastructures.

According to DroneLife, Nokia filed a trademark application with the European Union Intellectual Property Office for both civilian and military drones. LetsGoDigital has an idea of what these Nokia-branded drones might be called. A look at the trademark filing reveals that the name ‘OVNI’ was registered by the Finnish tech giant on Wednesday, August 23rd. What category is this application classified under? Well, a combination of "Civilian and Military Drones" and "Telecommunications," of course.

Of course, there’s more to Nokia’s desire to break into the world of drones than a simple trademark filing and the fact that it’s been operating drones in Dubai since the beginning of the year. The focus of the company's efforts is likely to allow people to monitor their businesses, for either protection or monitoring purposes. This could range from privacy of the home to inspecting one’s pipelines or agricultural property.

Nokia released a promotional video, of sorts, explaining how useful their Nokia drones could be.

It’s clear that Nokia is keen on becoming one of the major players in the UAV industry, especially since it unveiled its plans for an ’Ultra Compact Network’ at the Drones for Good Award Event in Dubai recently. According to DroneLife, the network would function by setting up a base station which guarantees connectivity between drones (camera-fitted) and a control hub, through 4G LTE speeds.

Essentially, Nokia wants its own top-to-bottom infrastructure for UAVs: Nokia-branded drones, working in tandem with a Nokia-developed management system. It certainly makes sense, keeping it all in-house and exclusive. But is it too late? Chime in below with your thoughts on the once mighty cell-phone giant, stepping into the drone arena.