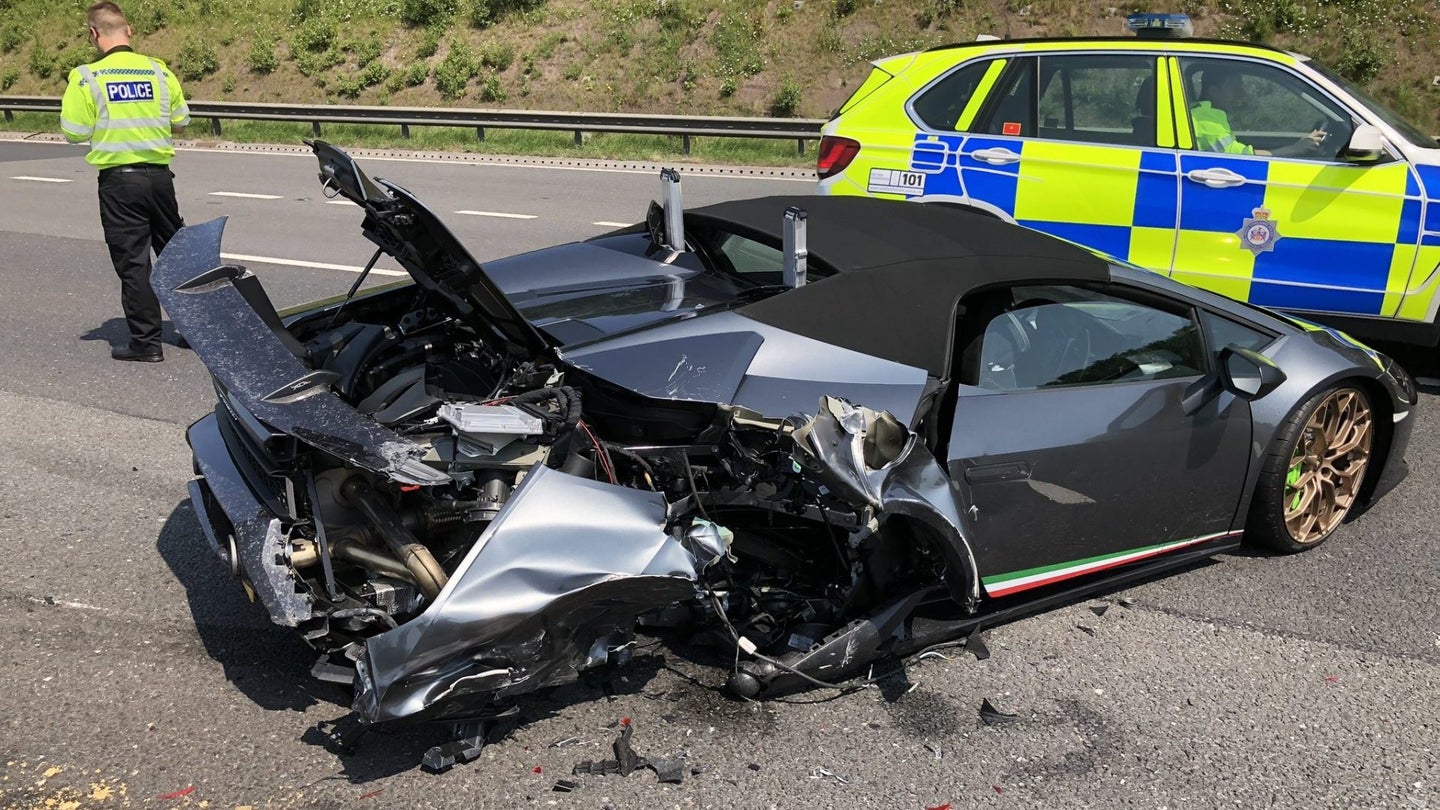 We're not entirely sure which is worse: crashing a brand new Toyota Supra that isn't yours or crashing a brand new Lamborghini Huracan that's only been yours for all of 20 minutes. Well, just a couple of weeks after somebody pulled off that first stunt, another poor soul now knows how it feels to experience the latter.

According to West Yorkshire Police on Twitter, one U.K. driver picked up a shiny new Lambo this week, an Huracan Performante Spyder to be specific, only to be involved in a wreck on the M1 motorway just a sitcom episode's worth of time later. Before you all jump to the easy conclusion that the new supercar owner had to have been driving recklessly, they were apparently doing nothing of the sort when this happened. Instead, police say the Lambo was stalled due to "mechanical failure" before being rear-ended by "an innocent motorist," completely destroying the Italian convertible's driver's side rear end and knocking off an entire wheel.

According to BBC News, the innocent motorist in question was reportedly driving a van and suffered minor head injuries. Police also apparently had to close part of the motorway to move both the Lamborghini and the van.

It's unclear what mechanical failure caused to Huracan to stop in the middle of a busy roadway. But if any car-obsessed bystanders like ourselves have anything to take away from this, it's that we now know what the pop-up anti-roll bars look like and that we've now also seen the insides of that trick ALA rear spoiler that can divert downforce.

If only it was able to divert incoming vans away in the event of mechanical failure.