With an abbreviated weekend schedule ahead of the Overton’s 400, NASCAR also abbreviated its inspection process. 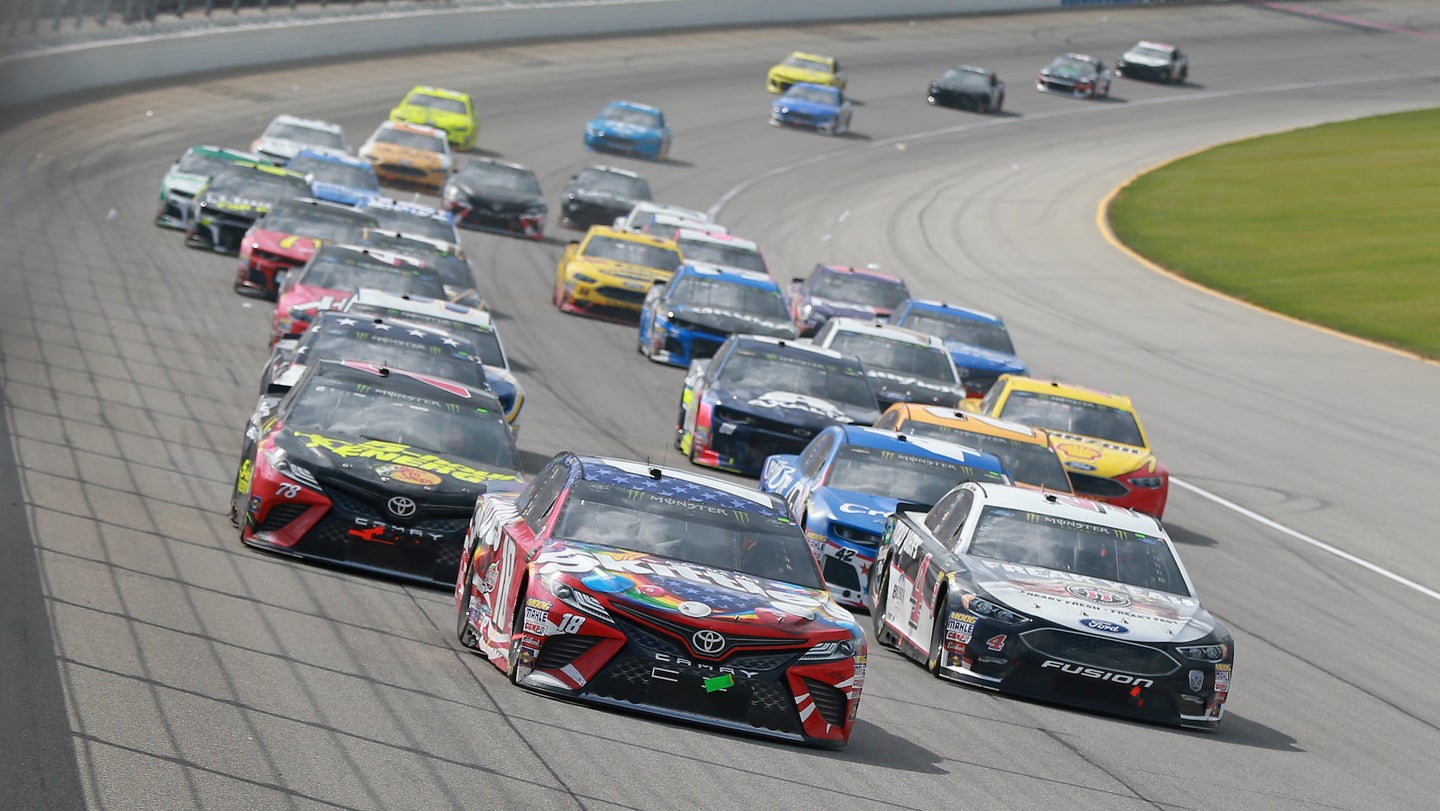 NASCAR used this past weekend's shortened schedule at Chicagoland to roll out a new inspection process which did away with pre-qualifying scrutineering and, instead, opted for post-qualifying inspection only.

Four cars failed the post-qualifying inspection process once at Chicagoland: the No. 11 Joe Gibbs Racing Toyota of Denny Hamlin, the No. 37 JTG-Daugherty Racing Chevrolet of Chris Buescher, the No. 48 Hendrick Motorsports Chevrolet of Jimmie Johnson, and the No. 78 Furniture Row Racing Toyota of reigning series champion Martin Truex Jr.

Had any of those cars failed inspection more than once, penalties would have escalated beyond having qualifying times disallowed. A second failure would’ve resulted in the loss of a crew member for the race in addition to starting at the back of the field, and a third failure would result in the aforementioned penalties as well as a championship points deduction. Additional failures would increase points penalties.

The post-qualifying inspection also served as pre-race inspection as the cars were impounded afterward. Normally, the Cup Series has one or two practice sessions between qualifying and racing.

The inspection schedule at Chicagoland was expected to be debuted at Martinsville Speedway in March, but inclement weather, including snow, that race weekend forced the cancellation of qualifying. NASCAR is expected to maintain its regular inspection schedule for traditional, three-day race weekends, but a Chicagoland-type schedule will be used during abbreviated, two-day schedules down the road.