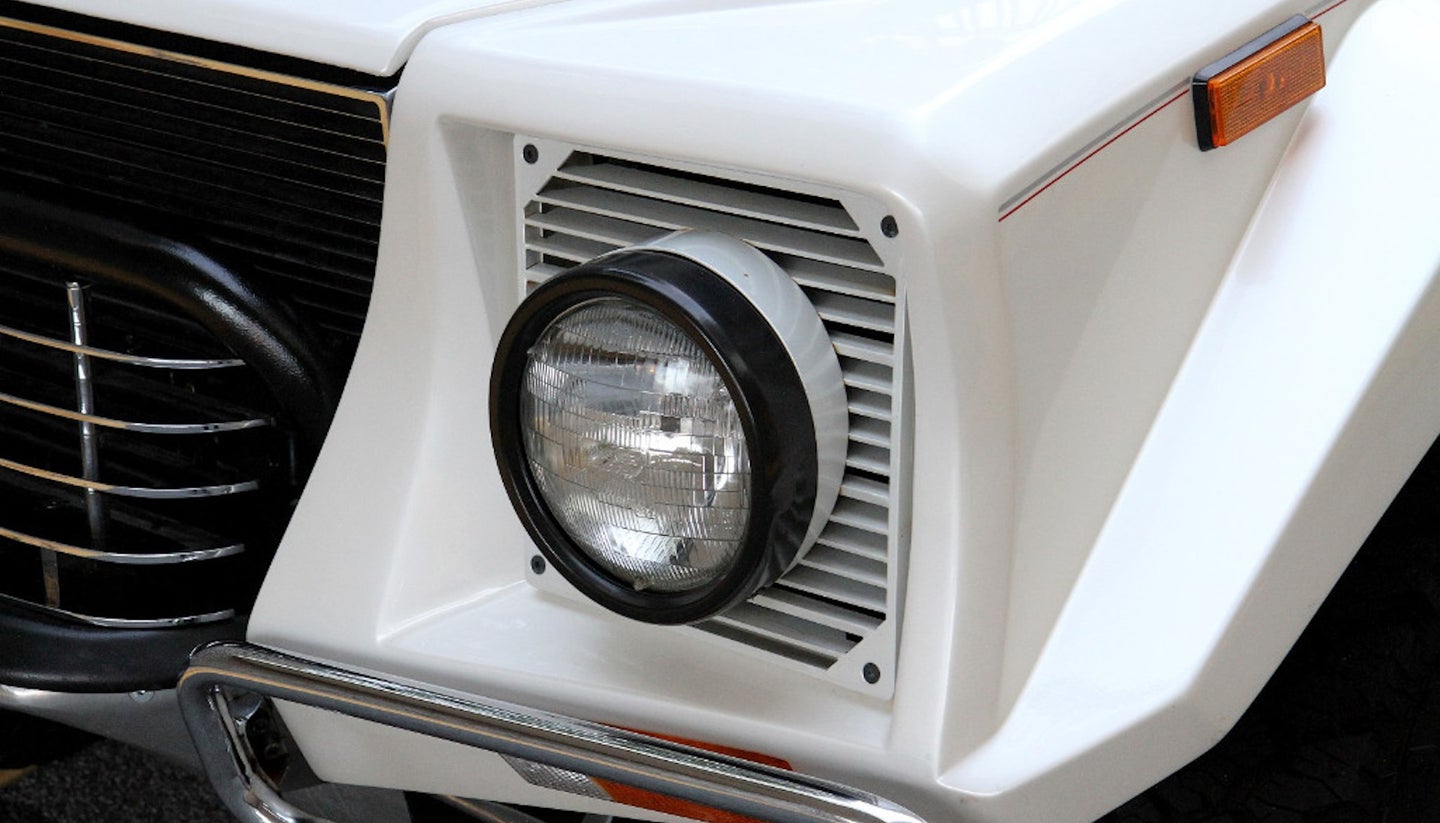 They call it “Rambo Lambo.” Seems about right. The LM002 is the Hummer’s twisted Italian cousin, an exotic four-wheel-drive skull-crusher, equal parts military ute and supercar. Mike Tyson owned one. So did Uday Hussein. The Hamptons Dictionary cites it as the ultimate F.U.V. (Fuck you Vehicle). Lamborghini built just 328 examples, a mere 48 of those in LM/American-spec for the U.S. market.

Now, one is up for grabs. It’s a later 1990 model year truck, pearl white over cardinal red leather, and showing less than 3,400 miles on the odometer. Under the hood is the legendary 60-degree Bizzarrini V12, designed for Lamborghini’s first car, the 300GT, and used for nearly five decades afterward. Here, the 5.2-liter V12 pumps out 444 horsepower and 369 lb-ft. That runs through a five-speed manual, and on to all four wheels via locking center differential and limited-slip units on each axle. This particular LM002’s powertrain is entirely original; save for belts, filters and fluids, the engine’s gone untouched since it left Sant’Agata.

The rest of the truck is similarly unmolested. The original tires, runflat Pirelli Scorpions, have been swapped out for General All Terrains, which is probably a wise decision. Fiberglass body means rust isn’t an issue, and the cockpit might as well be a time machine. Hell, the 17x11-inch O.Z. wheels still have the factory stickers on them.

The sale also includes all the expected paperwork (leather-bound owner’s manuals, sales documents, factory literature, etc.), plus the complete tool kit, jacking kit and unique Lamborghini hub tool. As it should. Because the ask, as you might expect, is pretty astronomical at $309,900. That’s McLaren 650S money. But a McLaren 650S can’t do this or this or this.

Plenty of photos for your window shopping pleasure at Atlanta’s Motorcar Studio here.