Stefano Domenicali wants to see his brand in the world’s biggest racing series…someday. 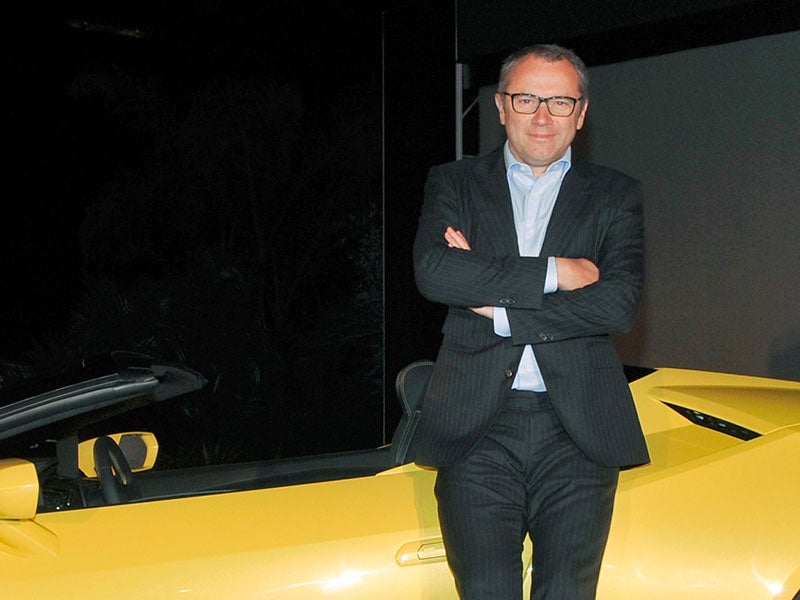 The Raging Bull might point its horns in the direction of the world's biggest racing series. Lamborghini could jump into the Formula One world at some point, according to Lambo CEO Stefano Domencali. But unless you've got the lung capacity of a sperm whale...don't hold your breath.

Domenicali admitted his F1 dreams for the brand to Australia's Motoring at the launch of the new Aventador S in Spain a few days ago. But he also admitted that it was a long-term aspiration, not a short-term goal.

"Today, we have other priorities," he said. “Tomorrow? Because motorsport will always be part of Lamborghini, if the [F1] motorsport platform will change and we have the solidity as a company…the answer is why not?"

Domenicali knows Formula One. During his 21-year tenure at Ferrari, he ran Maranello's F1 racing team from 2008 to 2013, bringing home a constructor's championship along the way. As such, he knows just how pricey competing in the sport can be.

“For us to enter there with the level of cost that is needed, not just to compete but to be competitive, is too far from what we’re doing," he said—adding that he would be open to reexamining things if F1 changed enough for his brand to find a way in.

In the short-to-medium timeframe, however, Lamborghini's focus remains on expanding the brand through the launch of the new Urus SUV, due out next year.

But jumping into F1 would be a clear statement of intent against Lamborghini's arch-nemesis. Formula One has been associated with the Prancing Horse since the very first official season in 1950; indeed, to this day, F1 pays Ferrari a guaranteed $100 million a year to be in the sport...though Liberty Media's recent purchase of Formula One could put that in doubt.