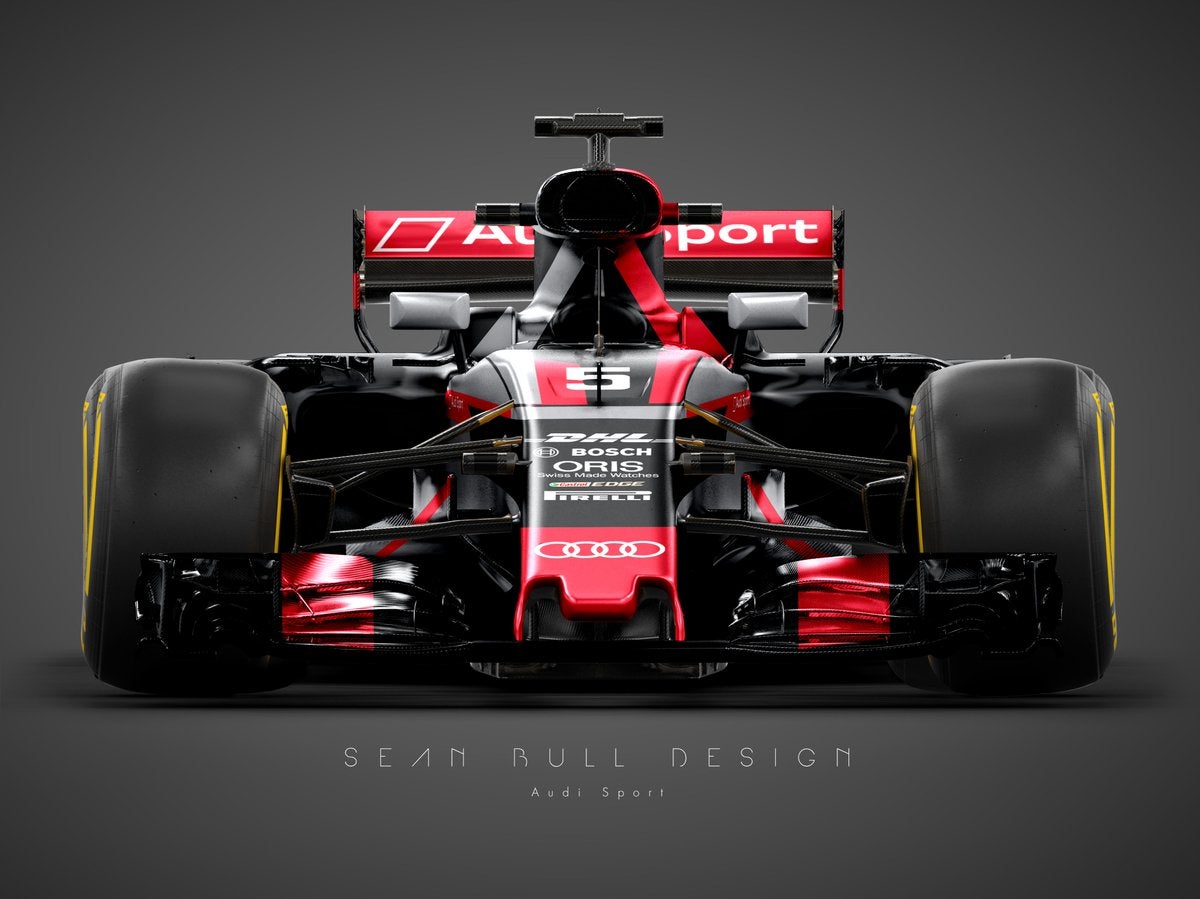 Despite Volkwagen Group's financial setbacks from Dieselgate, Audi is setting its sights high—possibly even on Formula One. German publication spox.com (via f1i.com) reports that an emissary from Audi is being sent this Friday to Paris to influence Formula One's planned engine regulations for 2022 onward. It was initially assumed that Audi canned its Blancpain World Endurance Championship efforts after the diesel scandal came to light—despite having several successful years—but now it looks like it may have done so in preparation for an upward move to F1.

Rumors of VAG wishing to join Formula One have been making their rounds for years, with the company itself denouncing the claims on at least one occasion to Autosport. The Autosport article also makes a second curious distinction: "the Volkswagen Group will not enter Formula 1 until the ownership of the sport and the technical regulations are settled." This statement was made before the American media conglomerate, Liberty Media, bought out the rights to the sport in late 2016, which means the former half of VAG's concerns with entering the sport have been appeased.

One question, however, does remain. Does Audi, upon entering the sport, try to build a new team from the group up, à la Haas F1, or does it partner with an existing team—the way Honda did? The dissolution of its WEC efforts saw valuable members of its motorsports team catch outward-bound flights to other disciplines of motorsport. One name associated with this was Jörg Zander, who was the Head of Technology at Audi Sport, and was tasked with the success of the WEC team. After the team met a sad fate after the conclusion of the 2016 season, Zander made a flight to familiar ground at Sauber F1, where he had been chief designer during some of the team's halcyon days of BMW Sauber.

Now, there is no guarantee that Audi and Zander will seek each other out again, to form a Sauber Audi partnership with which to compete in the 2022 F1 season. Sauber has never been the most successful outfit, so Audi may instead seek out a more successful team like Williams, McLaren, Force India, or Red Bull to aid in its F1 efforts. Given Zander's ability in constructing competitive cars, however, it won't be unsurprising if Audi pursues a pairing with Sauber because of old ties. Time will tell.