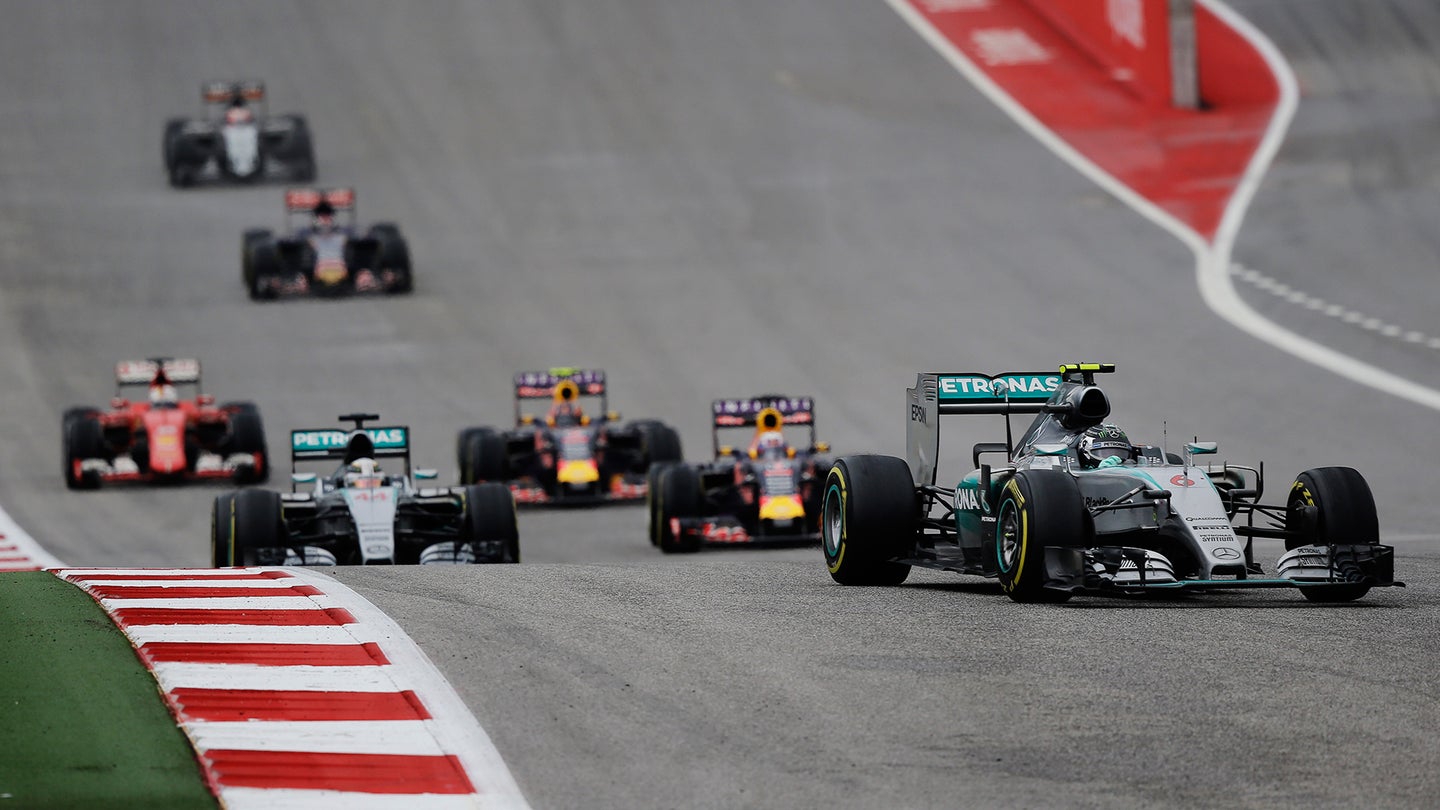 If you're an American and a fan of F1 racing—which, given the location and predilections of the average The Drive reader, you probably are—we've got some news that'll light up your whole week. Formula One might add a second U.S. race to the schedule in the near future to complement the current U.S. Grand Prix, according to racing series head honcho Chase Carey.

Carey, who was appointed CEO by new Formula One owner Liberty Media several months ago, planted the seed of hope in the soul of every American F1 fanatic in a conversation with AutoWeek published last Friday. But unless you live in a city big enough to host a major league sports teams or a casino, don't expect to see F1 in your backyard anytime soon.

"We believe we can add a race in a 'destination city,' as I call it. I'm talking about New York, Miami, Los Angeles, or Las Vegas," he said. "These are cities that are best suited to create a one-week event and attract people from all over the world. The race will remain the center of the event, but overall it will be more than just a Formula 1 weekend."

F1 has managed to transform the annual at Circuit of the Americas into a spectacle beyond the race itself, bringing out the likes of Taylor Swift and Justin Timberlake to perform for the crowds. Nevertheless, the greater Austin area remains a relatively small market; it ranks 35th amongst U.S. metropolitan areas population in terms of population, according to the U.S. Census Bureau, and is more widely known for its hipster culture than its sports or racing heritage.

Should Liberty want to push a second U.S. race in a major city onto the calendar, it would have plenty of locations to choose from. Under Bernie Ecclestone's rule, Formula One repeatedly sought a race in the New York City area, only to have it fall through each time. More recently, Long Beach—which lies just outside of Los Angeles—expressed an interest in trading its annual IndyCar race for an F1 one, even going so far as to retain a consulting firm in its quest.