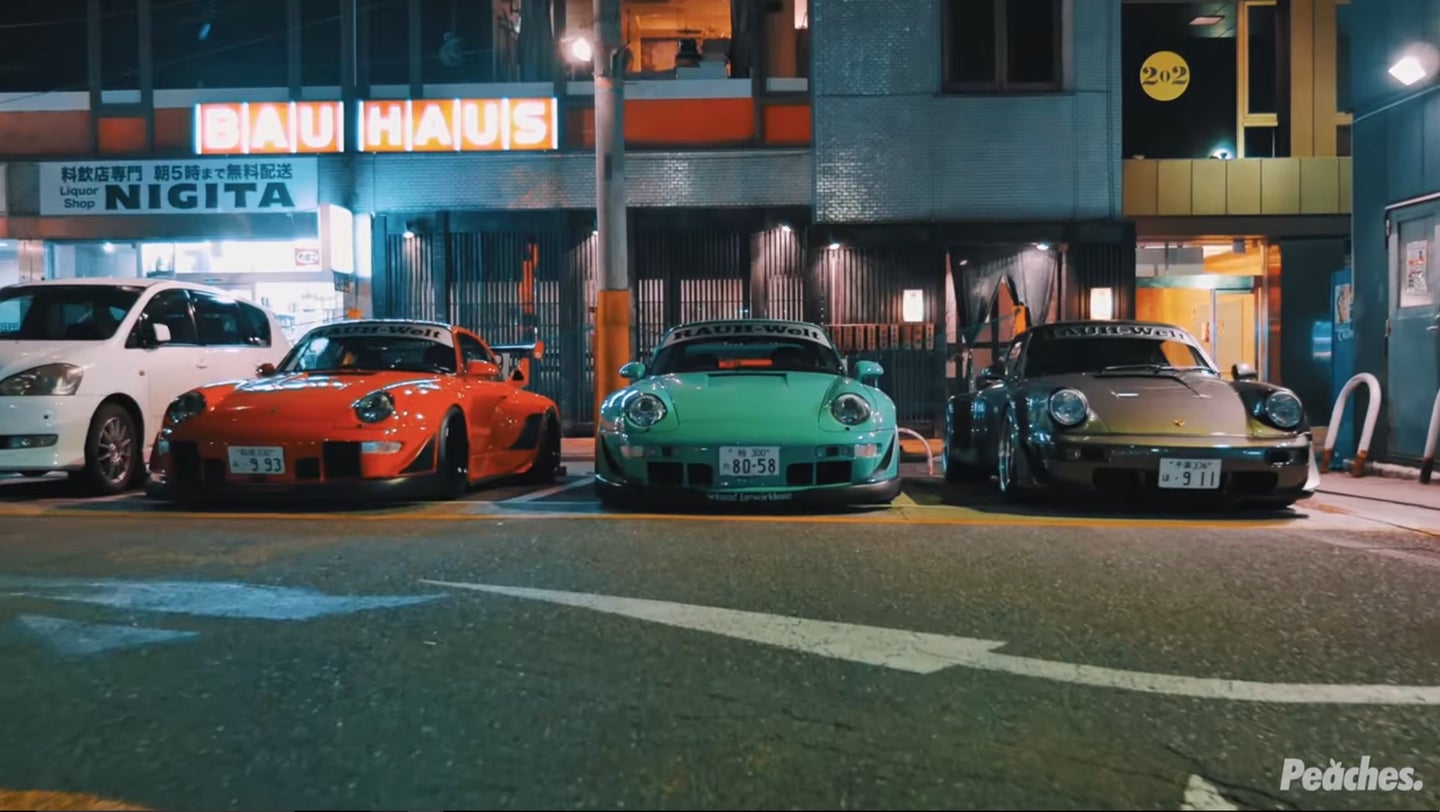 Tokyo is such a beautiful and unique city, so when a group of eighteen monster Porsches attacks, chaos reigns. Okay, so most of Tokyo didn't even notice that a huge group of Akira Nakai's artwork Porsches showed up to a somewhat impromptu car show at the Hard Rock Cafe, but enthusiasts from all over Japan came down to check them all out in person. Obviously, there are more of these RWB Porsches in Japan than in anywhere else in the world, but it is still a rarity when so many are in one place.

This group of wide-fendered 964s and 993s entertains the crowd for a bit but dissipates quickly and the monsters returned to the sea. The video itself is artistically shot, representing the party vibe of a late night in a big city well. The myriad neon lights bounce on the shiny paint of the Porsches, creating a gorgeous set of visuals to underlay a soundtrack of Japanese language hip hop that we find absolutely intriguing. It's a fast-paced film with lots of jump cuts and panning shots, layering the scene with excitement and grandioseness.

For a glimpse at what the mini car show was like for attendees, this film is perhaps not the best way to tell. A second fan-shot video with some helpful narration helps determine that it was mostly a quiet affair with a few dozen enthusiasts milling about before the RWBs all went their separate ways.

While we prefer our Porsche meets to be more dynamically engaging, this event still seems like it would have been a fun way to spend an evening. This meetup and the subsequent films derived thereof force us to reflect on what it must be like to basically drive a celebrity car. These are not people who are publicly known personalities, but their cars are highly individualized and easily recognizable. That, to an extent, is the point of having Nakai-San build you an extroverted car like this, but does it ever get old?

This mint green widebody sounds as good as it looks.