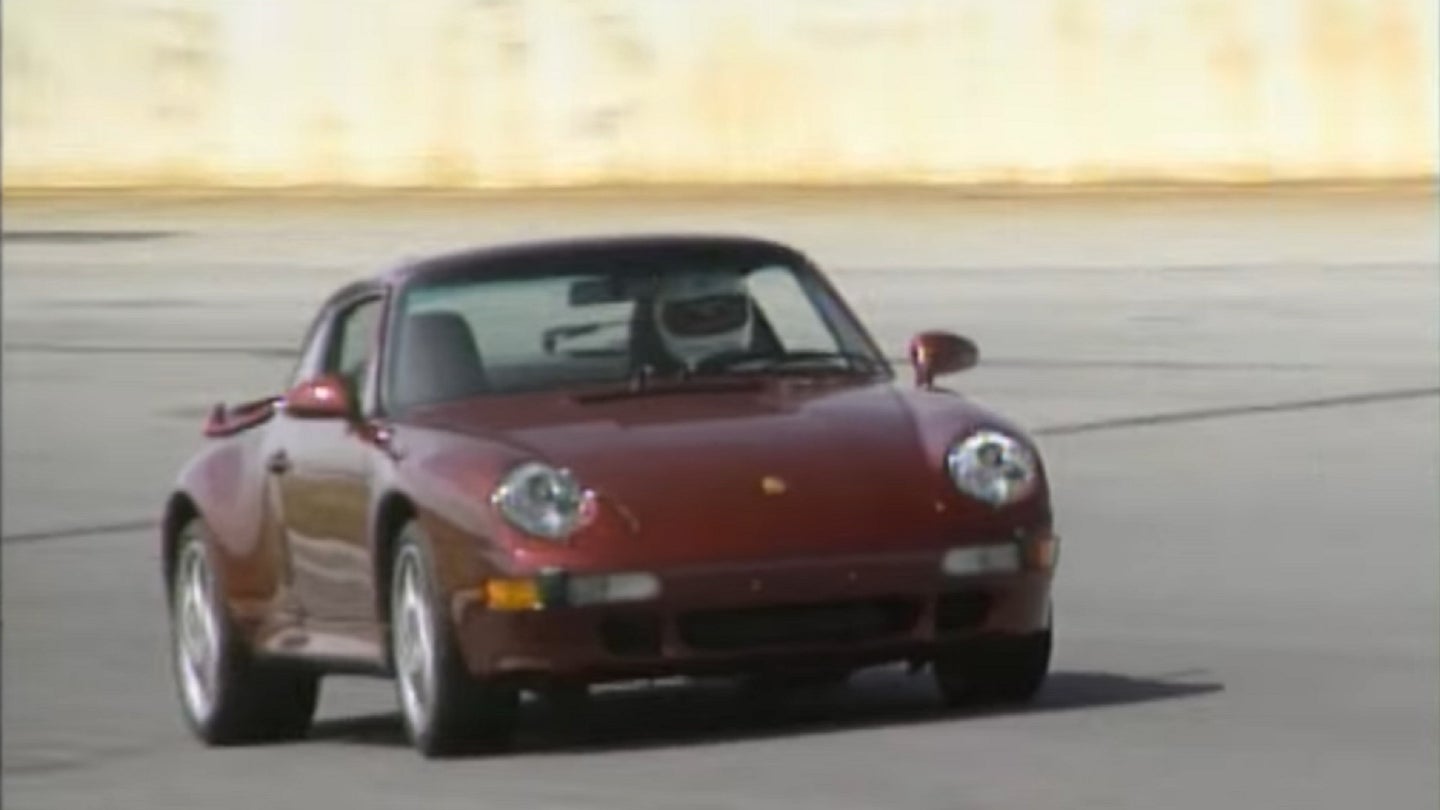 Motorweek has been around since 1981, providing the current staff with 35 years of archives to dig through. Over the last few years, they've been digitizing old footage and loading the videos to their YouTube channel. Every now and again the team there digs up a gem in their video reel archeological searches. This week they've found something from the mid-1990s that every Porsche fan will enjoy, John Davis' initial review of the 993-generation 911 Turbo.

The 993 Turbo was an interesting departure for Porsche, focussing more on the luxury market and drivability than on insane speed. Basically all-new for 1995, this version of the Turbo had all-wheel-drive and a largely leather interior. Cribbing a lot of technology from Porsche's 1980s sensation, the 959 supercar, this Turbo was punching well above its weight. Any car that managed to run a 12.4 second quarter mile time was surely a force to be reckoned with in 1996, and it's still quite respectable today. Twenty years ago, the 993 Turbo was the class of the field and set Porsche up for a new standard in 911 Turbo. Ever since this car was introduced, each subsequent Turbo has followed a similar formula, but with more power, more luxury, and more tech. The car in this video would jump from zero to sixty in just 4.5 seconds, and now we have the 991-generation capable of the same sprint in less than 3 seconds.

It's hard to argue with the mystique of the 'last of the aircooled' turbos. Particularly when they're presented in gorgeous Arena Red. No wonder they're trading hands for well into the six-figures these days.