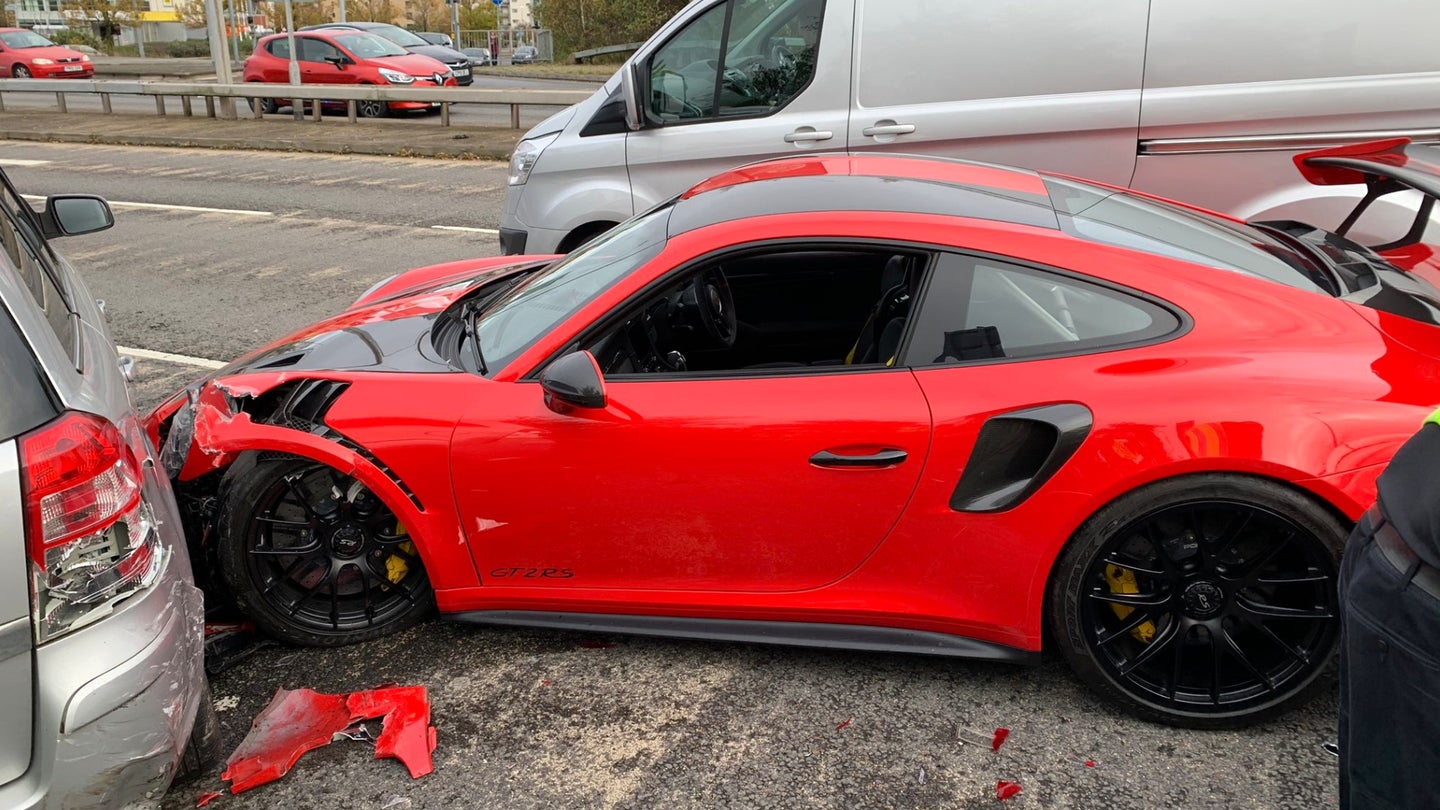 A Porsche dealership in Wales had quite the eventful day when a potential would-be customer was involved in a five-car pileup while test driving a 911 GT2 RS earlier this month. According to the Daily Mail, it happened just over a mile away from the Porsche Centre Cardiff showroom and caused significant damage to the 911's front end in addition to generating lengthy traffic delays, per the South Wales Police.

According to witness and "fellow driver" Hywel Williams, the man behind the wheel of the red Porsche attributes the crash to faulty brakes. "The guy had only just picked it up from Porsche around the corner and he claimed the brakes failed," said Williams.

Authorities confirmed that all vehicles involved were recovered from the scene and that no injuries were reported.

As of the time of writing, police haven't officially released details into what exactly happened and who was at fault, but given the whole "bad brakes" excuse and, y'know, the fact that he was driving an unfamiliar, bright red, super-fast sports car, things don't look good for the Porsche guy.

Powered by a 3.8-liter, twin-turbo flat-six sending 700 horsepower (the most to come ever out of a factory-spec 911) to just the rear wheels and costing nearly $300,000, the 911 GT2 RS really isn't a car to be messed with. That's a lesson this other Porsche driver learned the hard way when it smashed another example into a $3.5 million Pagani Huayra BC at Monza.

Countless rare items and memorabilia were burned completely, as well as a museum-quality 912E belonging to Benton Performance.