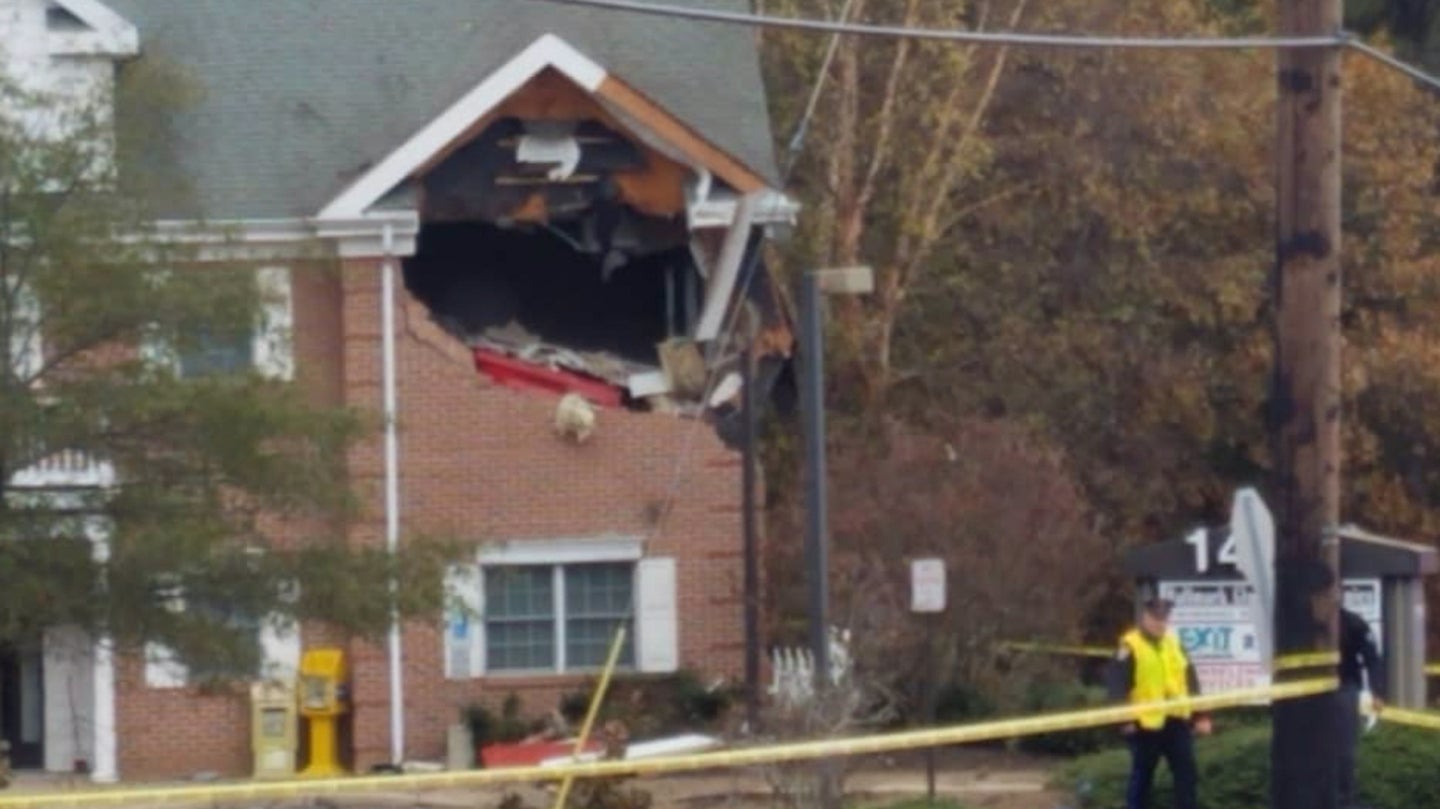 At least two people are confirmed dead in a bizarre crash that happened in Toms River, New Jersey this morning. Photos show a Porsche that somehow made its way off the road and into the second floor of a building.

Details of the crash are scarce, though it reportedly happened at approximately 6:42 a.m. on Sunday. One person was confirmed dead at the scene, but police updated their statement to include another fatality afterward. Both are suspected to have been passengers in the Porsche.

There was no one in the building at the time of the accident. RLS Metro News, which was the first to report on the crash along with 92.7 WOBM News, said that police had to perform a “technical rescue” to get the people out of the vehicle.

It’s hard to tell exactly how the Porsche went airborne from photos of the scene, but it appears that the driver went over a curb and possibly ramped over the building’s landscaping before landing on the second floor. Skid marks were seen on the road heading across the center median toward the building. Police say the vehicle’s rate of speed was high, a statement that's corroborated by the size of the hole it left in the brick building's side as well as the sports car's launch angle.

Vehicle-to-building crashes aren’t all that rare, but ones with such a dramatic end certainly are. Many that are reported in the news involve a primary collision that pushes the vehicle into a building or an inattentive driver mistakenly hitting the gas pedal while parking. This accident is certainly one of the worst of its type we’ve ever seen and it has caused two major roads to be closed in the area.