The stunt was all part of the Caterham Seven’s 60th birthday party. 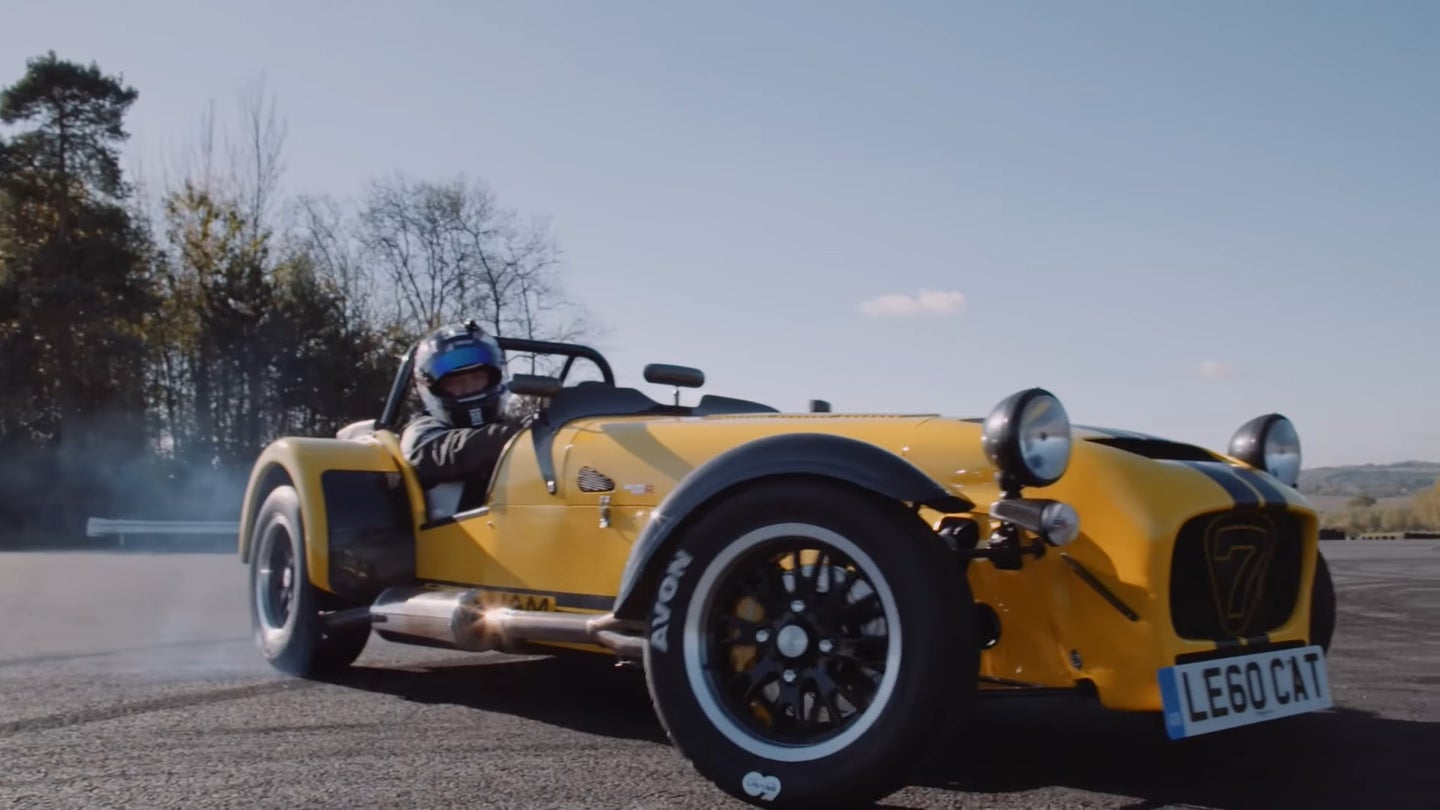 To commemorate the Caterham Seven's 60th birthday, the British track toy maker celebrated the only way they knew how: with donuts. No, not the glaze-and-sprinkles kind, but the ruined tires and dizzy passengers kind.

With Olympic-cyclist-turned-racecar-driver Chris Hoy behind the wheel of a Caterham Seven 620R, the company supposedly broke the world record for most controlled spins performed in 60 seconds. Naturally, you're likely curious as to what that looks like. Luckily for us, Caterham has released a pair videos documenting the occasion. We know it's Friday afternoon, but do not try this in the office parking lot when you leave for the weekend, as tempting as it might be.

However, it has since been pointed out that a previous 2002 record held by motoring journalist Alistair Weaver achieved 22 donuts in a minute. That's three more than Hoy's 19, in case it wasn't clear. Oddly, it's a record Caterham really should have known about considering it was done in one of its own 1.8-liter Superlights.

Weird. In any case, I think we can all agree that the Caterham Seven is very good at doing donuts and we at The Drive wish it a happy 60th.