Moments in History: Nobody Does Torque Quite Like Chevrolet

Chevy has been pumping out landmark engines and advanced technology for the past 100 years. 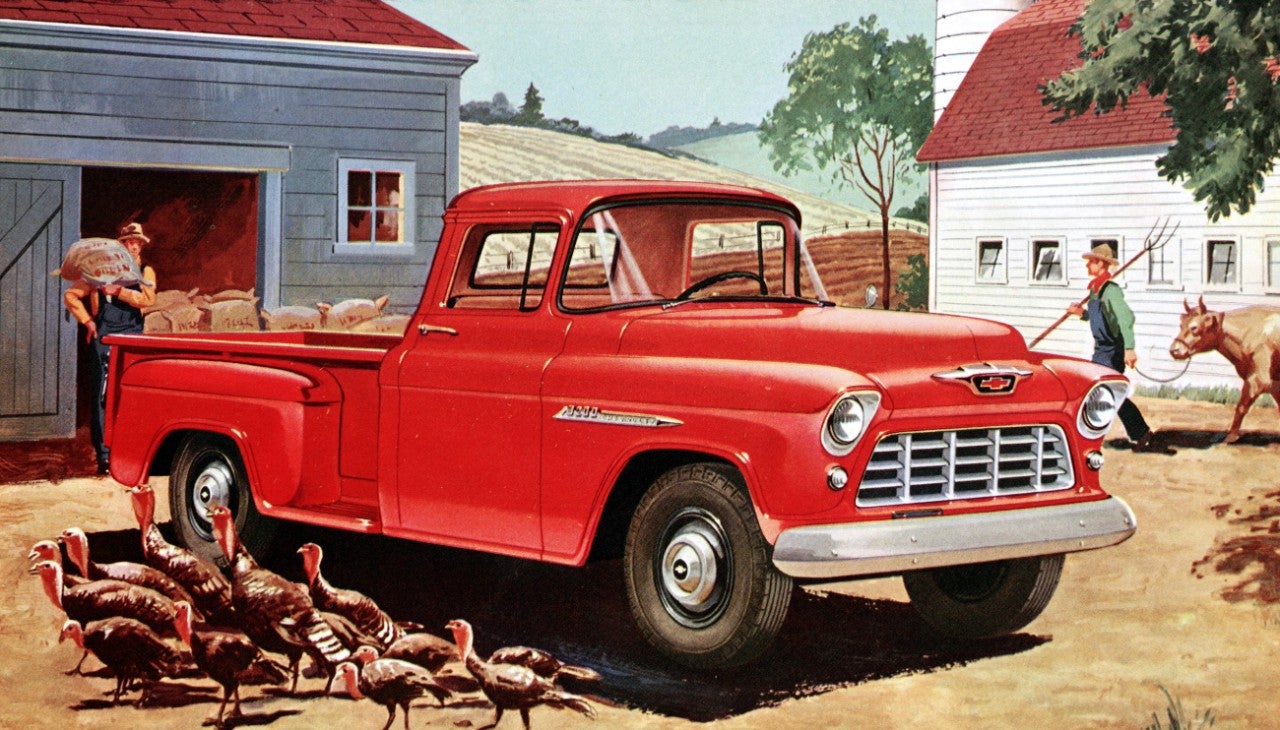 To put it simply, torque means power. More specifically, it is the measure of the twisting, rotational force an engine generates. For the past century, Chevrolet has offered remarkable torque in its award-winning truck lineup. Customers of around 85 million trucks have relied on the hauling and pulling capabilities of these trucks on and off the clock, and on- and off-road.

Dan Nicholson, vice president of Global Propulsion Systems, confidently states that Chevy trucks have pulled their weight (no pun intended). "Generations have counted on our trucks to get the job done confidently.”

The American automaker has certainly come a long way from its original 1918 one-ton model, which used a 2.8-liter four-cylinder engine with approximately 45 pound-feet of torque. If you compare that to the present, its closest modern-day engine would be the standard 2.5-liter four-cylinder engine found in the Chevy Colorado. This truck is currently rated at 191 lb-ft of torque, a whopping 480 percent increase over the 1918 version.

Moving down the line to the contemporary Silverado 3500HD one-ton truck, you will get an impressive 910 lb-ft of torque for superior confidence in trailering and towing. This Silverado comes with the available Duramax 6.6-liter turbo-diesel V8 that certainly packs some power to the punch.

“Technological advances such as direct injection and turbocharging help contemporary Chevy truck engines deliver more torque per liter of displacement than ever,” says Nicholson. “That means customers can do more and haul more than ever.”

According to Chevrolet's recent press release, the increase in Chevy truck capability has been driven over the decades by the enduring performance of several landmark engine families sharing an elegant, overhead-valve architecture that contributes to signature low-rpm torque production, reduced complexity, and compact packaging.

Let's take a look at the last 100 years of Chevy truck, in remembrance of its most impressive achievements and significant milestones.

Chevrolet's first overhead-valve inline-six engine brought big torque to the masses in 1929. Displacing 194 cubic inches (3.2-liter), its all-new design generated powerful torque at low rpm (approximately 120 lb-ft at only 800 rpm). That allowed Chevrolet to raise its work-truck load rating from just 1 ton to 1.5 tons. The nickname "Stovebolt" came from the external fasteners that resembled the bolts on wood-burning stoves of the time. The name quickly became synonymous with the strength and durability of that engine. Generations of Chevrolet’s overhead-valve straight-six engine were later developed from the original design and served in its trucks throughout the late 1980s.

1955 saw the introduction of Chevrolet's "second series" truck lineup. The American automaker debuted its revolutionary overhead-valve V8 engine, later to be called the Small Block. The original 265-cubic-inch (4.3-liter) engine produced 238 lb-ft of torque at only 2,000 rpm and evolved into one of the industry’s most enduring engine architectures. About 10 years later, Chevy’s Big Block engine family (also an overhead-valve design) premiered with an astounding capability and an unprecedented level for gas-powered trucks. The Small Block is currently in its fifth generation in 2018 Chevy trucks, while the original Small Block and Big Block families live on in performance crate engines.

Before the 1970s, increased displacement and higher compression were easy ways to achieve more horsepower and torque. All that changed when industry mandates were put in place that dramatically affected traditional power-building methods. Chevrolet traded high compression for high technology and developed electronic fuel injection. That development alone worked to restore the torque of previous years with increased efficiency. Torque in the Small Block engine returned to 300 lb-ft in 1987 and received an additional 10 percent increase a few years later, with the 5.7-liter Vortec Small Block. Today, the available 6.2-liter Small Block in the 2018 Silverado 1500 is rated at 460 lb-ft of torque, due, in part, to the variable valve timing and direct injection. The combination of these features gives it the highest torque rating of any light-duty pickup V8 engine on the market.

Chevy's HD trucks were introduced in 2001 with the Duramax 6.6-liter turbo-diesel engine. These trucks came equipped with overhead valves and 520 lb-ft of torque that stemmed from an all-new design making way to a new era of capability. Technological advances resulted in even higher outputs. Today, the second-generation Silverado truck delivers 910 lb-ft of torque (a whopping 75 percent increase in torque from the same, original 6.6-liter displacement). This set a new performance bar for rivals to compete with.

According to Chevrolet Pressroom,

Car and Driver recorded the Duramax-powered Silverado reaching zero to 60 mph in 6.2 seconds, the quickest time it’s tested for an HD truck. TFLTruck, on the other hand, recorded a climb up the Eisenhower grade in Colorado in 10:16.99 minutes. That was about 12 seconds faster than the nearest one-ton competitor, with each pulling 22,800 pounds.