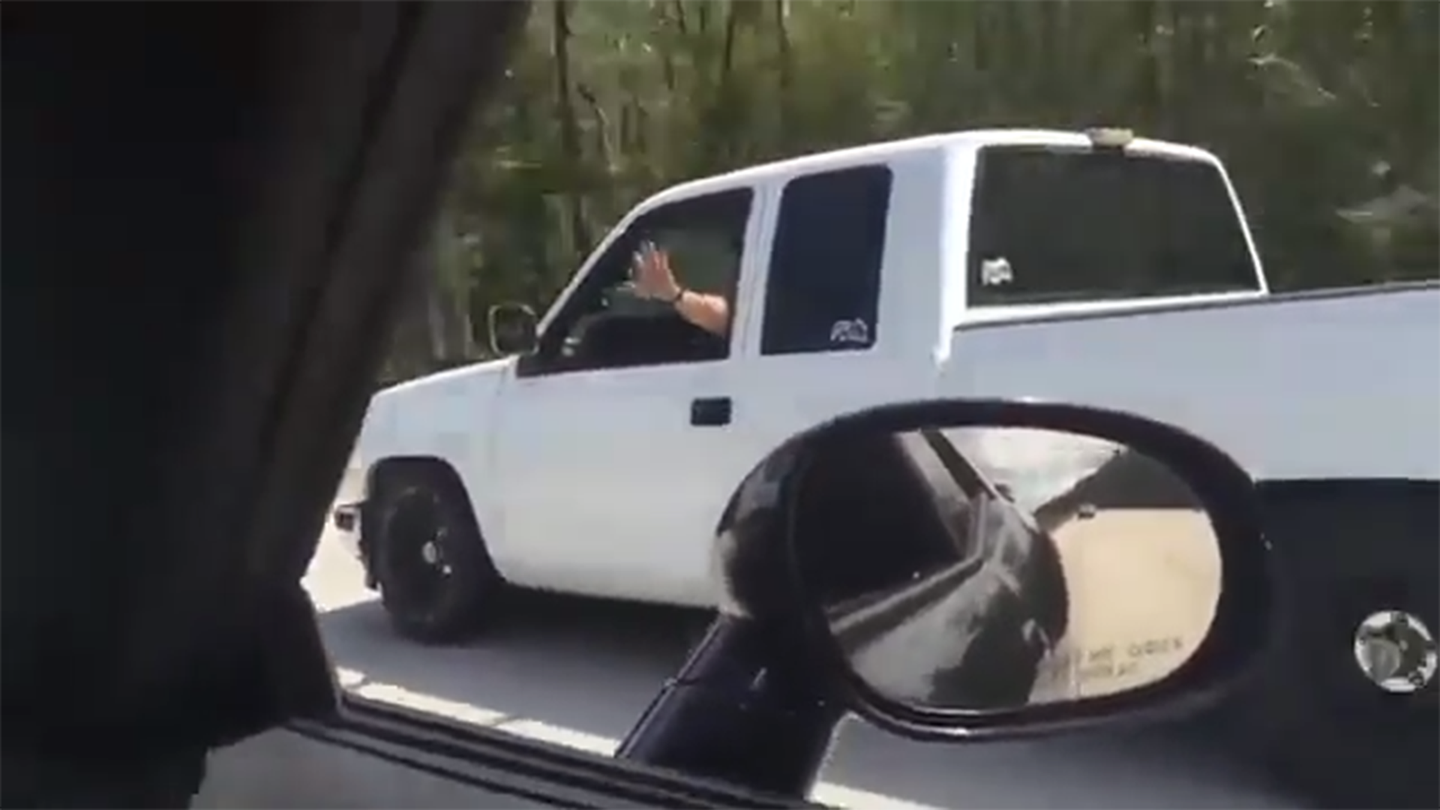 We at The Drive love a good high-performance pickup truck, practicality be damned. And really, what's more practical than a truck that can smoke a supercharged Dodge Challenger from a rolling start and still haul a big load of 2x4s back from Home Depot?

This cat-and-mouse game between an early-90s Chevrolet C/K with an LS engine swap and a current-generation Dodge Challenger SRT 392 with a ProCharger kit was posted to YouTube over the weekend. While we'd much rather see this kind of action confined to the relative safety of a drag strip, at least these guys had the sense to pick an empty highway for their shenanigans.

The video shows three pulls from a rolling start. You can hear the passenger-turned-cameraman in the Challenger calling out the countdown, and the roar between the truck's turbocharged LS engine and the Dodge's supercharged 6.4-liter HEMI V8 is practically deafening. With the engine swap and the turbo, the Chevy has to be putting out at least 500 horsepower. And considering how easily it walks away from the Challenger—which in stock form has 485 HP and 470 lb-ft of torque, not to mention the supercharger—it's probably pushing 600.

Watching that old extended cab put the hammer down is truly a beautiful sight. We're not sure what the Challenger driver was expecting, but between the truck's lowered stance and copious amount of melted rubber stuck around the back fender, he had to have known things weren't what they seemed. Be sure to watch through to the end (unless you're a Mopar fan) to see the Chevy driver casually wave goodbye as he overtakes on the last pull.