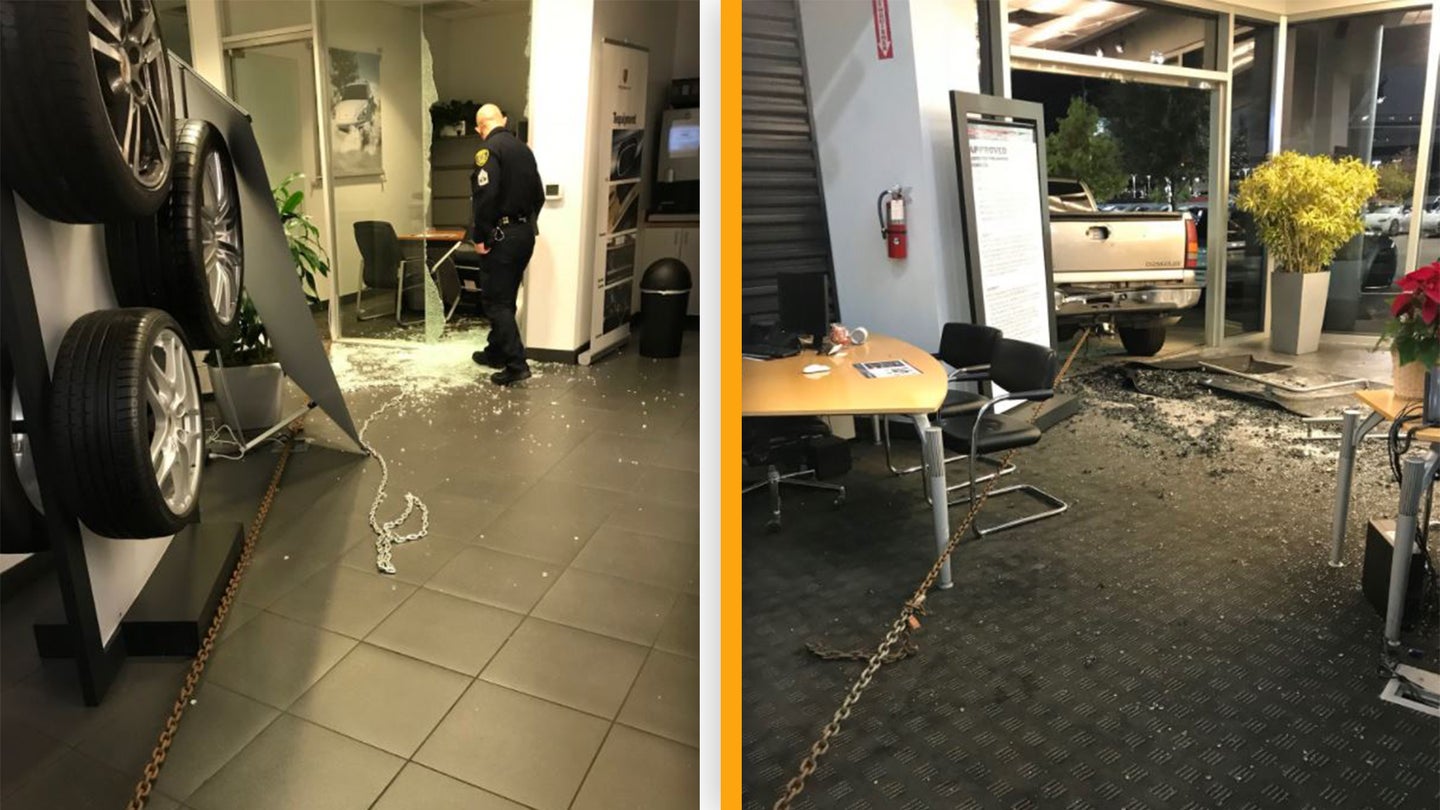 Authorities in Texas are on the hunt for three men who made a real mess of an attempted robbery of a Porsche dealership in Houston, smashing windows and damaging three pricey P-cars as they failed to drag a safe out of the building with a metal chain and a pickup truck.

If you haven't heard the term before, a "smash-and-grab" is a fun twist on a regular old burglary where the suspects use a vehicle, usually a stolen, full-size pickup, to literally crash through the front of a business and gain access. According to KHOU, the men arrived at Momentum Porsche before dawn on Monday and rammed their Chevrolet Silverado through the dealership's giant glass windows.

The would-be thieves then smashed their way through the glass wall of the office containing the safe and wrapped a fifty-foot chain around it to drag it out, Fast 5-style. Unfortunately, the heist hit an unexpected snag—or rather, a door frame. Police say the truck's rear bumper got caught on the edge of the wall as they tried to drive out, forcing them to abandon the whole plan and flee on foot with nothing to show for their efforts.

Still, the men managed to inflict over $50,000 in damage to the dealership building and three cars that were parked inside on display, including a $210,000 Porsche 911 Turbo. We reached out to the dealership to get more details on the other two cars, and we'll update if we hear back. The three suspects were reportedly wearing heavy hooded coats and gloves, meaning the surveillance video won't be much help in tracking them down.

"It’s unfortunate, there’s just nothing, we don’t leave anything around, maybe you could grab a couple of shirts, those have tags on them too," Momentum General Manager Michael Denney told KHOU. "There’s nothing in here that’s sitting around, that’s worth tearing a whole dealership to get to."