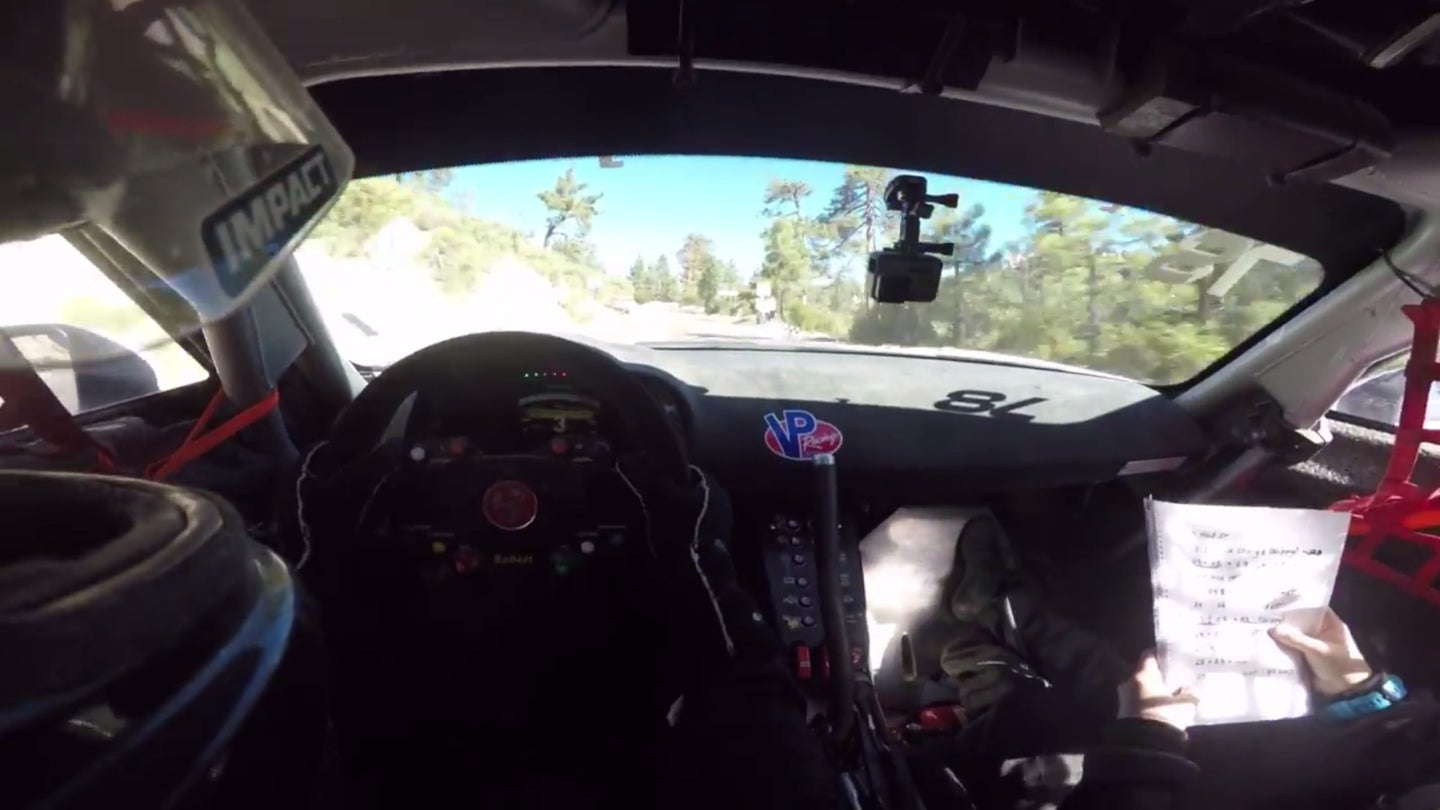 You would have to be living under a rock to not see the flood of car content Hoonigan is pushing out. Beyond the Ken Block Terrakhana, Climbkhana, and Gymkhana trinity their Daily Transmission and A BREW WITH series are extremely popular. We have covered a bunch of their videos, but they also have a Field Trip series and in the recent video they took Sara Price and a Fiat 124 Abarth rally car to the San Pedro Martir Hill Climb.

Sara Price is a motocross and off-road racer who recently won Hoonigan and Fiat's Female Driver Search. After winning, Hoonigan and Price hit up the Mount Washington Hillclimb where she did well, but near the end of the hill climb, the Fiat 124 rallycar went into a limp mode cutting power. For the San Pedro Martir Hill Climb she was looking to come back strong.

Hoonigan called up Rhys Millen for help this go round. Millen was previously featured on their A BREW WITH series and came by to have fun in his Hyundai Genesis Pikes Peak car for an episode of Daily Transmission. If you do not know, Rhys Millen is a legend.

The Mexican Hillclimb video begins with launch control testing with the Fiat 124 Abarth rally car. They take the car back to Rhys' shop, Rhys Millen Racing, to make some tweaks.

You get to see the prep (and fun) it takes to take on a hill climb. The video shows Price went out with Millen and her co-driver, Erica Sacks (who reads her notes), in the ultimate recon vehicle—a Chrysler Pacifica van. Millen taped numbers on the steering wheel from one to seven to determine the corner. Eventually, they had seven pages of notes and were ready to begin qualifying.

Before race day Millen helped the duo study their notes and watched footage to try and cut as much time as possible. With Millen playing Yoda, Price and Sacks cut minutes off their time from their first qualifying session to the last round of the race.

I won't spoil the outcome, you will have to watch the video for that. Check out Hoonigan's Mexican Hillclimb adventure below.