Want to join the ranks of drivers like Ken Block? Hoonigan is recruiting. 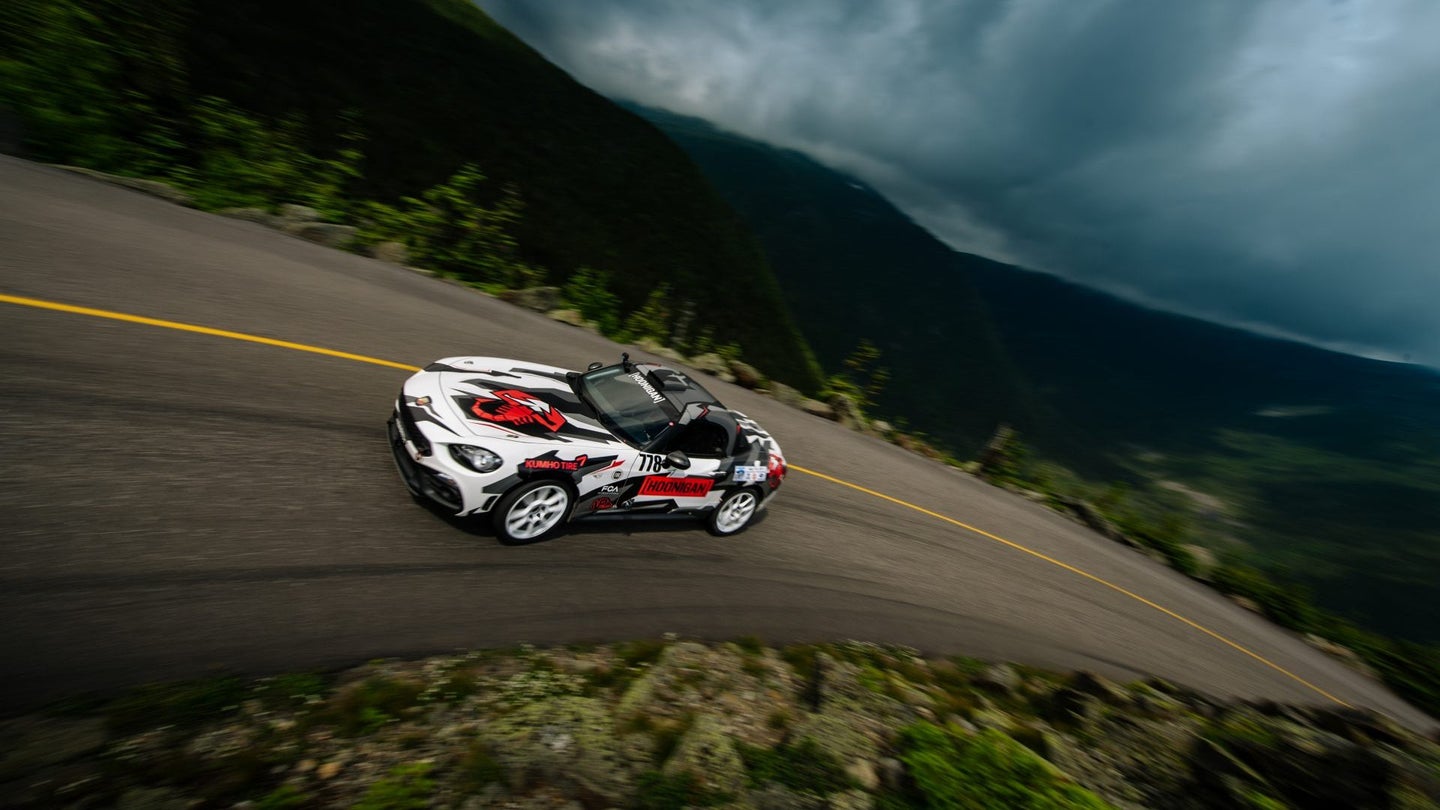 Fiat announced Wednesday that it will sponsor a Hoonigan contest called #HoonigansWanted with the goal of finding a new driver and brand representative for the Ken Block-founded lifestyle brand.

Hoonigan asks that contest entries film a one minute video (using a smartphone, to keep the playing field level) to sell their personalities and driving skills to the contest's judges, which include internationally-renowned drivers such as Rhys Millen. The video should be uploaded to YouTube with #HoonigansWanted in the title, and sent in via the form on the page (linked above) by 12 p.m. PDT, Aug. 10.

Judges will then select ten finalists to compete in a series of trials driving a Fiat 500 Abarth, Fiat 124 Spider Abarth, and the Fiat 124 Abarth rally car, which will test driving ability, team skills, and pit crew duties. The competition's overall winner will be given a Hoonigan-built Fiat 124 Spider Abarth track car, whose build will be documented on Hoonigan's YouTube channel.

"Building on last year's success, FIAT will once again team up with Hoonigan in search of the next great driver," stated Steve Beahm of Fiat Chrysler Automobiles in the automaker's announcement. "The Abarth name is synonymous with a strong racing heritage, and finalists will have a unique opportunity to showcase their skills in our Italian-designed, fun-to-drive Fiat 500 and 124 Spider Abarth models."

Hoonigan's well-known head hoon-cho Ken Block made news recently when his Ford Escort Cosworth went up in smoke at the New England Forest Rally. Both Block and co-driver Alex Gelsomino escaped unhurt, but the poor Cossie is no more. As glamorous as the lifestyle that Hoonigan sells can appear, racing remains a dangerous sport, in which you can watch a treasured classic rally car burn to the ground. Unless you're ready to watch the equivalent of a pile of cash burn, a life of bombastic driving may not be for you.