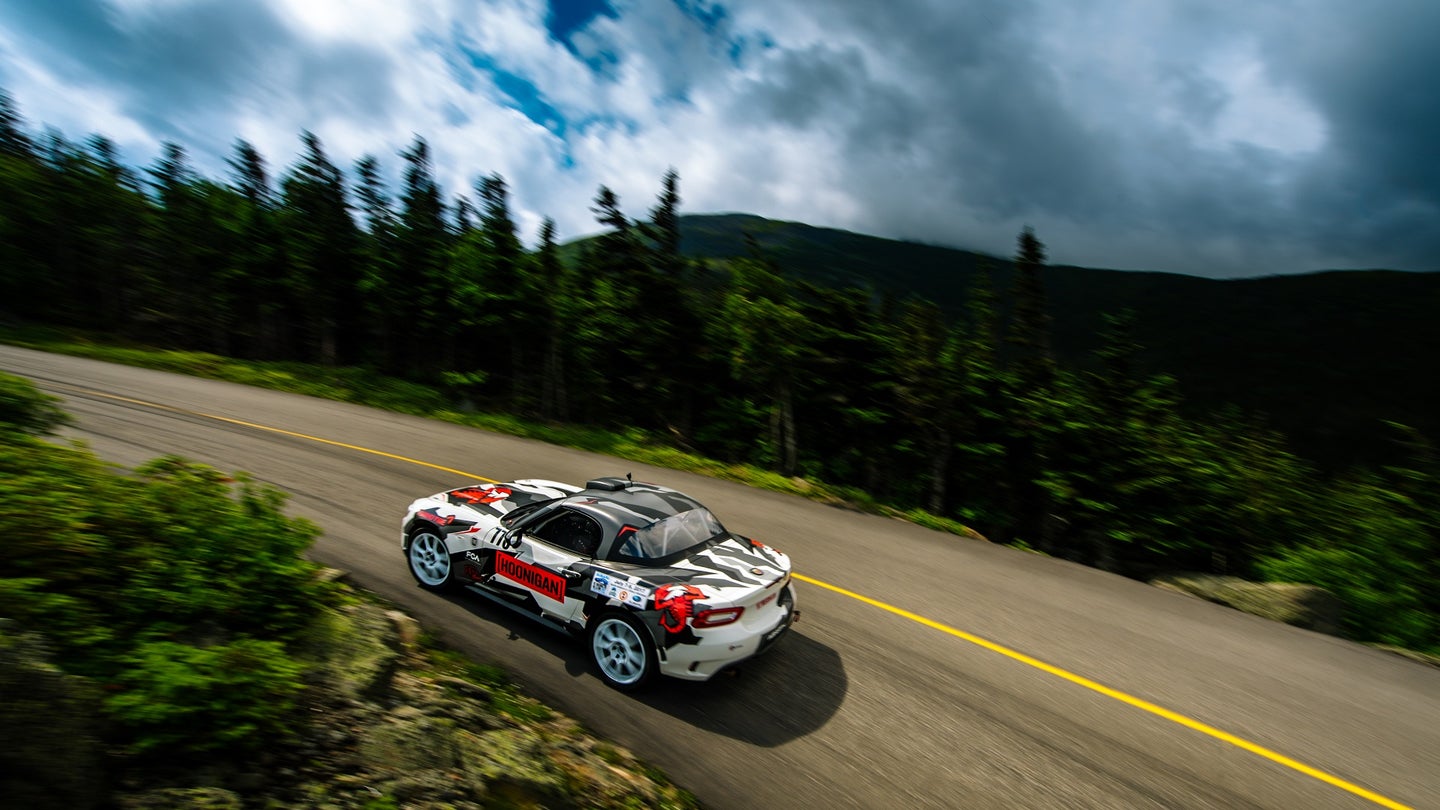 Hoonigan has been searching for a female driver for its 400 horsepower Fiat 124 Spider Abarth rally car and it appears the group has found one in Sara Price, a former motocross racer who switched to four wheels to race UTVs. Hoonigan's latest video shows Price's preparations for the Mount Washington Hillclimb.

In the clip, we see her practicing for two days before official runs, watching her in-car video to better familiarize herself with the mountain and where she can drop time, and her complete run up the 7.4 miles of narrow, mixed-surface road with more than 4,535 feet of vertical elevation. Many other cars and drivers make cameo appearances, including Subaru Rally Team USA drivers and Mount Washington record holders David Higgins and Travis Pastrana.

Clearly, a modified Fiat 124 Spider Abarth is quite different from the dirt bikes and UTVs that Price is accustomed to racing, as is racing on tarmac. "My goal is set on finishing unscathed, I just want to make it out alive," Price said laughingly after her initial practice run on the treacherous mountain course during her first ever tarmac event. She had every right to feel a bit intimidated. Even Pastrana admitted on video feeling some fear–not that you'd know it from his record-breaking runs.

After placing as high as third in class during practice runs, Price's hopes were high of finishing on the podium. Unfortunately, her car runs into trouble approaching the Cragway spectator area (where Higgins crashed) and went into limp mode shortly afterwards. I was at Cragway when this happened, and thought the Fiat didn't sound right as it continued up the hill after the turn. Later radio traffic requesting a flatbed to bring the Fiat back to service confirmed my suspicion. But Price quickly adopted the rally philosophy of "press on regardless," pushing her limping Abarth across the finish at reduced speed.

"We had the opportunity to introduce Sara Price into the world of Rally and Hill Climb, a place we think she could have a great future,” said Hoonigan Chief Creative Officer Brian Scotto. Given her performance at Mount Washington, we look forward to seeing her and Hoonigan's Fiat at future events.