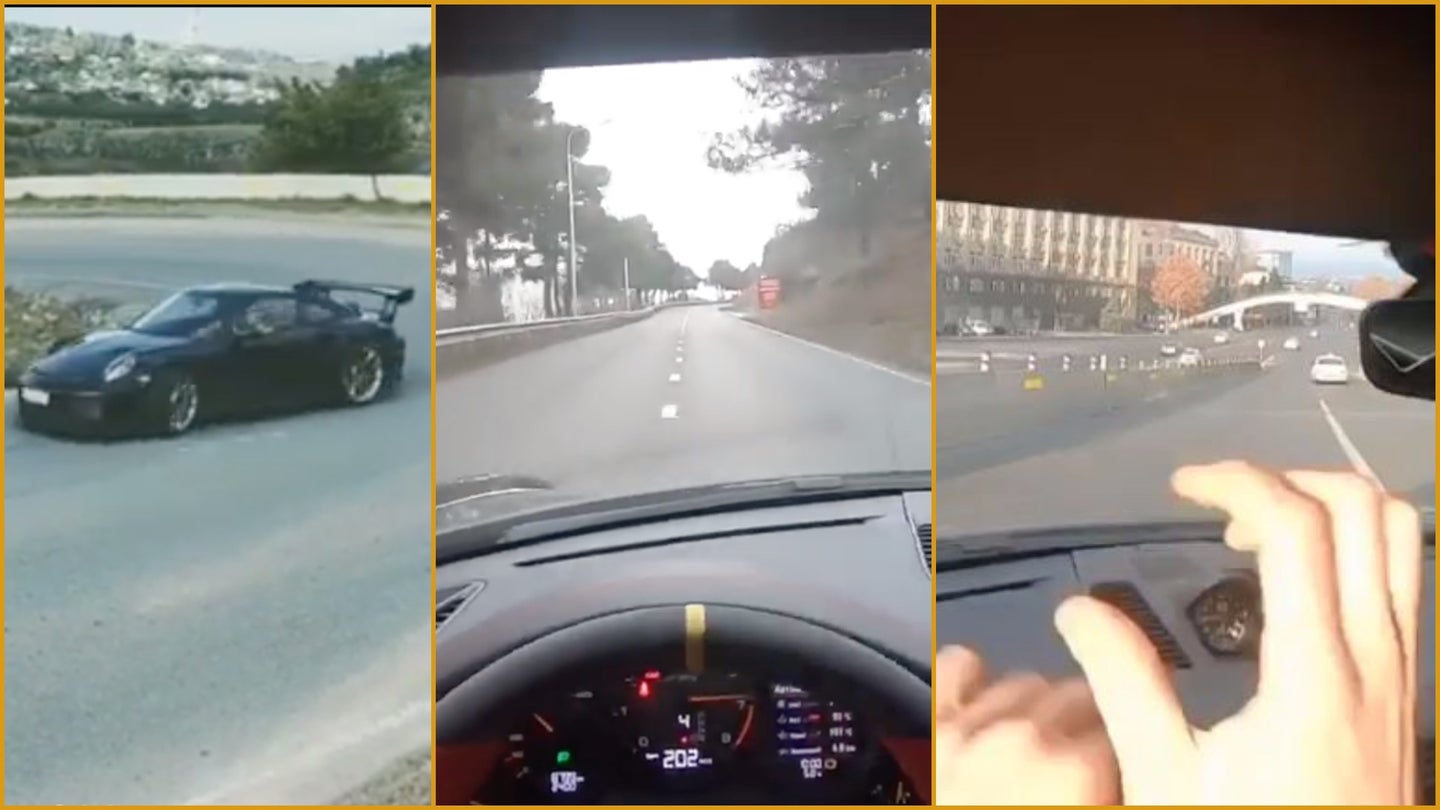 With gobs of power, rear-biased weight distribution, and tons of tire, the Porsche 911 GT2 RS is already one of the world's least forgiving cars when pushed to its limits. As this guy, this guy, and this guy demonstrate, it's just too much car for some people. Without lightning-quick, track-honed instincts, searching for the GT2 RS's limitations could mean spending your day in the shop—or worse, the hospital. Now imagine how much more of a handful a tuned GT2 RS is on a public road. Overestimating your grip on a less-refined version of a brutally fast Porsche risks dire consequences, as one GT2 RS owner discovered while caning his car on New Year's Day.

Instagram user miminogarage took his 991 GT2 RS out to play on the "empty" roads on Wednesday, claiming that with no police or "people around" he decided to break the rear tires loose a few times. When attempting a slide down a tight onramp, however, he rotated the car too much and found himself on course to kiss the wall.

Fortunately, his front tires found grip just inches from disaster, and after some correction, the Porsche came back under control. Though he avoided writing off his 911, we're not sure we can say the same of his pants. Then again, that just gives him an excuse to start the new decade with a new wardrobe rather than a nasty body shop bill and points on his license.

By the looks of his Instagram account, a yearly track membership or track-day outing is well within this person's financial reach, so perhaps he should stay off public roads. Yes, even on New Year's Day.