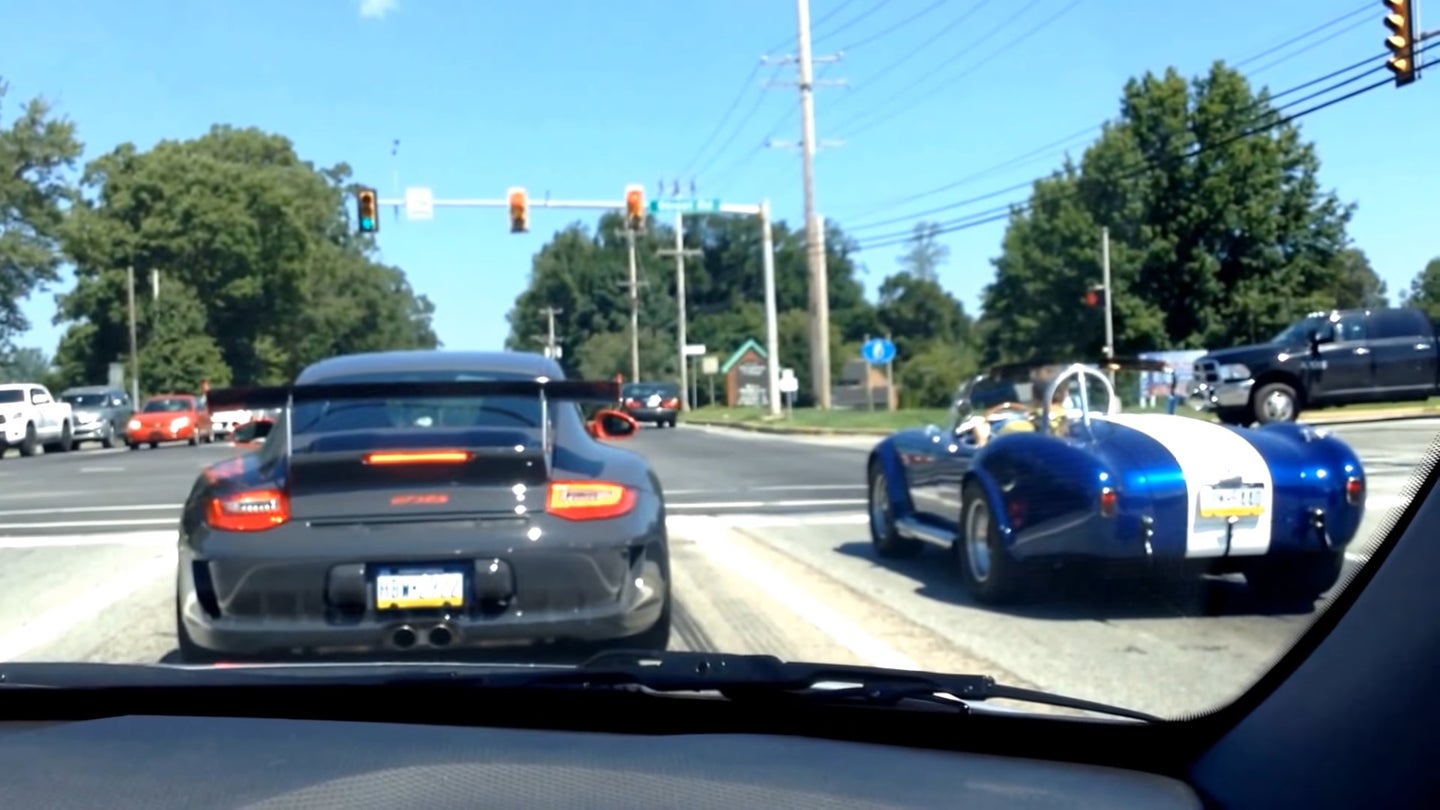 "If you're gonna street race, at least learn to do it right," is what somebody should've told one Porsche driver before he challenged a Shelby Cobra to a duel between stoplights.

Seen appearing to leave a car meet of some sort (peep the Ferrari 599 that sneaks past in the left-turn lane), this Porsche 911 GT3 RS was caught on video revving its flat-six at the blue Shelby. A fair play if the road ahead had corners and bends, but in a straight line, it's a bit of a foolish move. As foolish moves go, however, it's no match for what the 911 driver does next.

When the light turns green, the Shelby takes off at a reasonably brisk pace but the Porsche is less successful. The clearly-botched launch is accompanied by smoke billowing not from the tires or exhaust but from underneath the car. Internet videos aren't advanced enough to convey smells but the driver of the camera car confirms our suspicions of what happened.

"That Porsche like smoked his clutch or something. Smells like nothing but clutch in front of you."

Notably, this 997.2 GT3 RS was the last version to come exclusively with a six-speed manual. The 991-gen cars were equipped with the idiot-proof PDK automatic only. We can neither confirm nor deny whether or not the owner in this video had anything to do with this fact.

When you're stuffing yourself this long weekend, be thankful that the only things you're roasting this Thanksgiving is turkey and not an expensive German clutch like this guy.