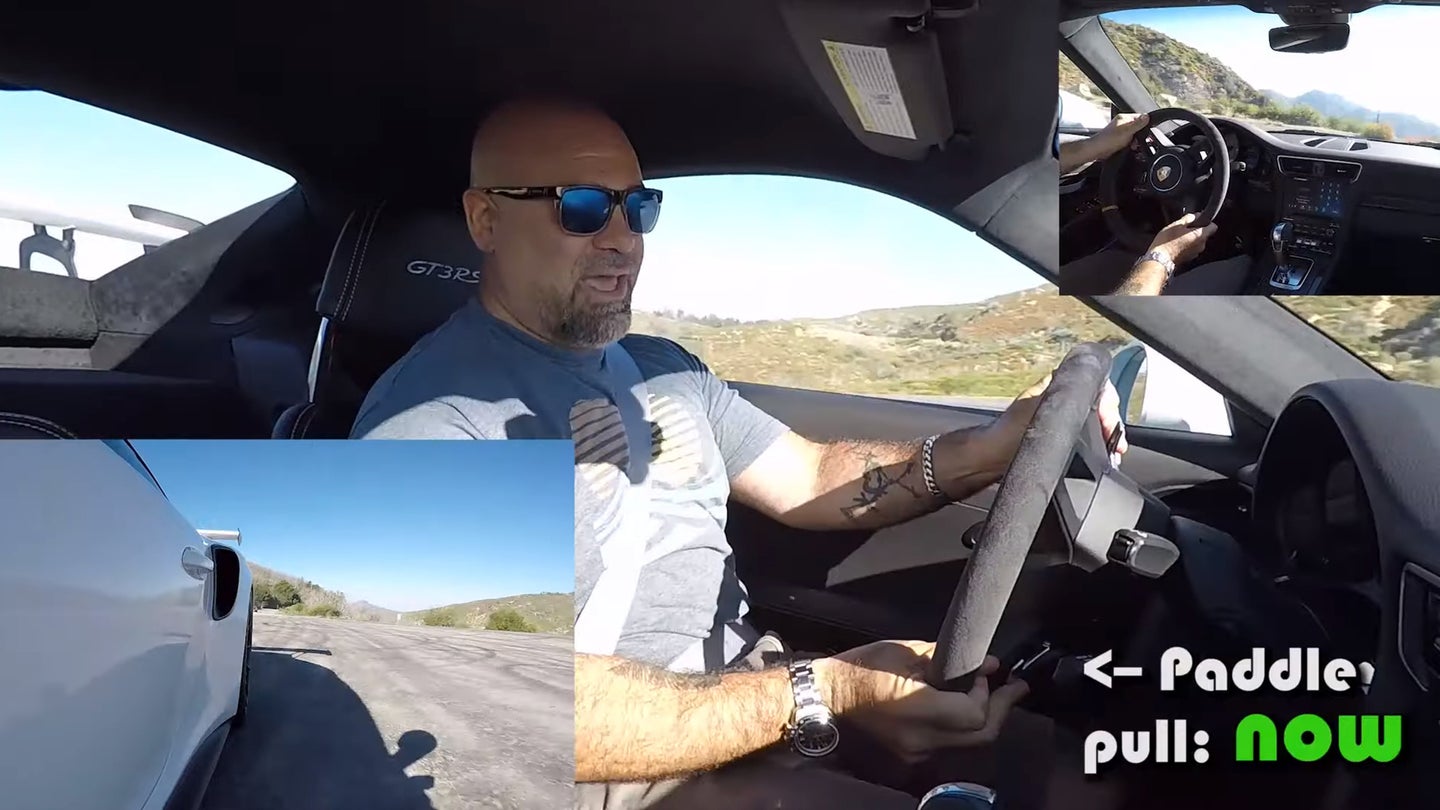 ​One of the aging arguments against fast-shifting automatic gearboxes is that they don’t allow for as much control as a traditional three-pedal setup. But as transmission technology has improved over the years, that argument has been at least partially nullified. Automotive celebrity Matt Farah proved this recently, showing that it’s completely possible to “clutch kick” with Porsche’s PDK dual-clutch automatic in a 911 GT3 RS.

First, what exactly is a clutch kick? On a car with a traditional manual transmission, a clutch kick is when the driver quickly disengages the clutch and reengages it by jabbing the third pedal all the way to the floor, then quickly releasing. This is to get the engine to rev up into its peak powerband by releasing the load from the drivetrain as if one were freely revving either in neutral or with the clutch pedal down.

By jabbing the pedal quickly to disengage and then reengage the clutch, with the engine revved up, this can allow a driver to essentially force the car’s drive wheels to spin.

Why would anyone want to do that? Well, say you want to induce a power-slide for some sideways action in a rear-wheel-drive car, without oversteering or doing the good ol’ “Scandinavian flick.” A clutch kick is the way to do it.

How do you do it on Porsche’s PDK? According to Farah, you need to disable all the traction control functions. Then, while in motion, all you have to do is pull back simultaneously on both of the steering wheel-mounted shift paddles to essentially disengage the PDK’s clutch.

Once you’ve done that, mash the throttle and voila—insta-virtual PDK clutch kick!

Even though you might not have a high-dollar Porsche of your own to test this on, you can watch Farah pull off the maneuver in the video below.

Is there something more relaxing than navigating the sweeping corners of an empty Watkins Glen? We think not.