In The Nineties, Porsche Built A Car Specifically For The Cognoscenti 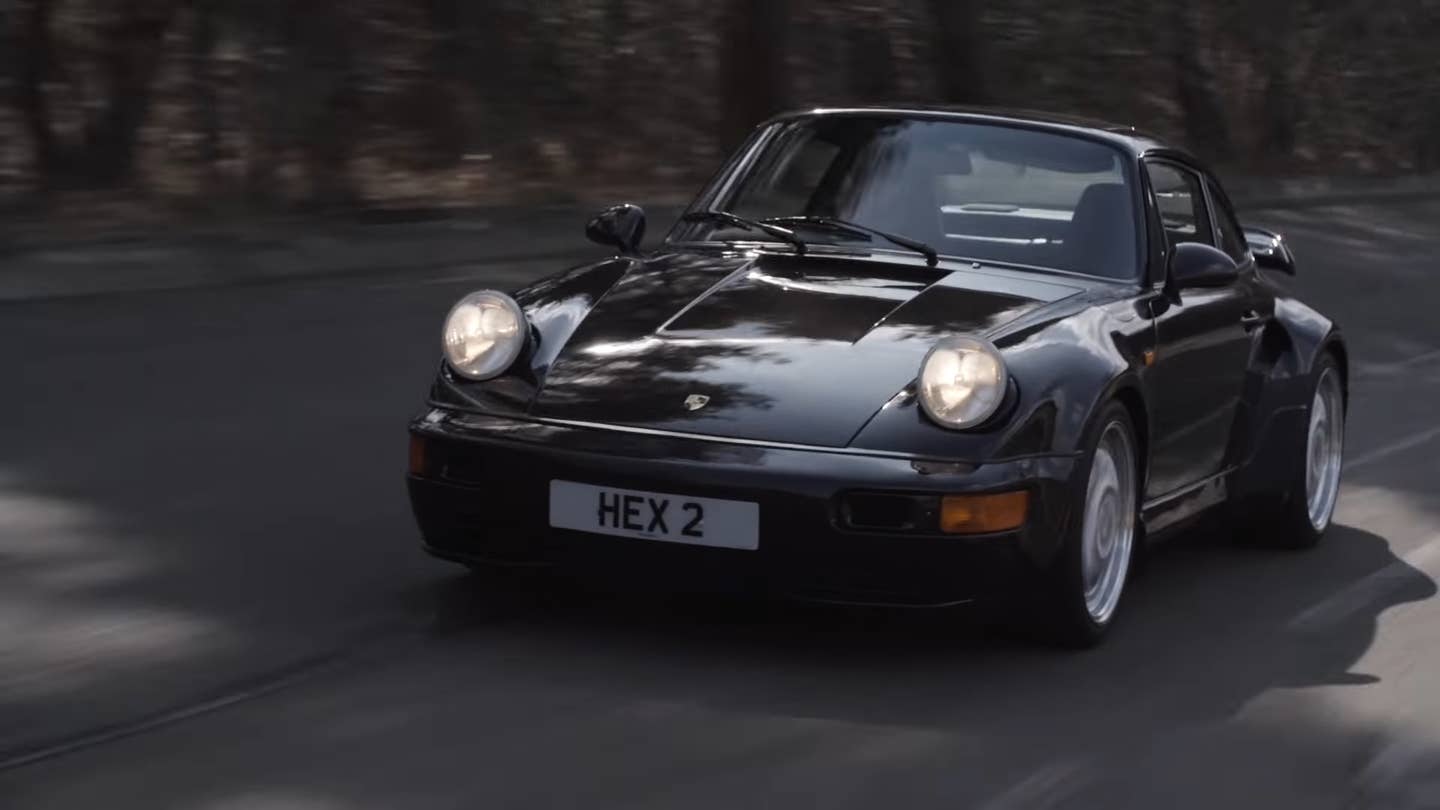 The 964 generation 911 was something of an oddball among Porsche's hardcore fanbase. The car featured a slightly updated look to the familiar shape, but the suspension was completely different, swapping the faithfully simple torsion bar setup for a coil-on-spring approach. The car was made ostensibly better, more compliant, more comfortable, more like a traditional sports car and less like the traditional Porsche. This new 964 was softer and there were some who didn't like the change. If you were a Porsche 911 Turbo buyer, however, the new 964 Turbo was just as wild as you'd always remembered. All other things being equal, the new suspension helped the turbo become a bit more tractable and handle a bit more reliably. When the 3.6 liter Turbo came along in 1993, however, the bump in power made it just as loony as ever.

As the 964 was on its way out of production, Porsche decided to build a super exclusive throwback homage to the now-famous Slant-Nose 930. Popping that old nose onto the 964 would have been relatively easy, as the car's front clip hadn't changed appreciably since the 1960s, but Porsche decided to build a new style, a mid-1990s take on the sloping nose. With 928-style pop-forward headlamps, and more smooth compound curves, the 964 Turbo 3.6 Coupe Flachbau was born. Only 76 of these special cars were built, and they command ludicrous prices these days on the collector market. Porsche kept this car so secret that its dealers didn't even know it was an option until the last minute. No marketing materials were crafted for this car, so if you didn't know it existed, you just didn't know.

Of those 76, there was a rumor that only two of them were built with Right Hand Drive for the UK market. This car is one of those alleged two. It's only got 600 miles on the clock after all these years, and Carfection was lucky enough to get to add a few miles to that total.