Motorcycle Going 105 MPH Gets Hit at Nurburgring, Doesn't Wipe Out 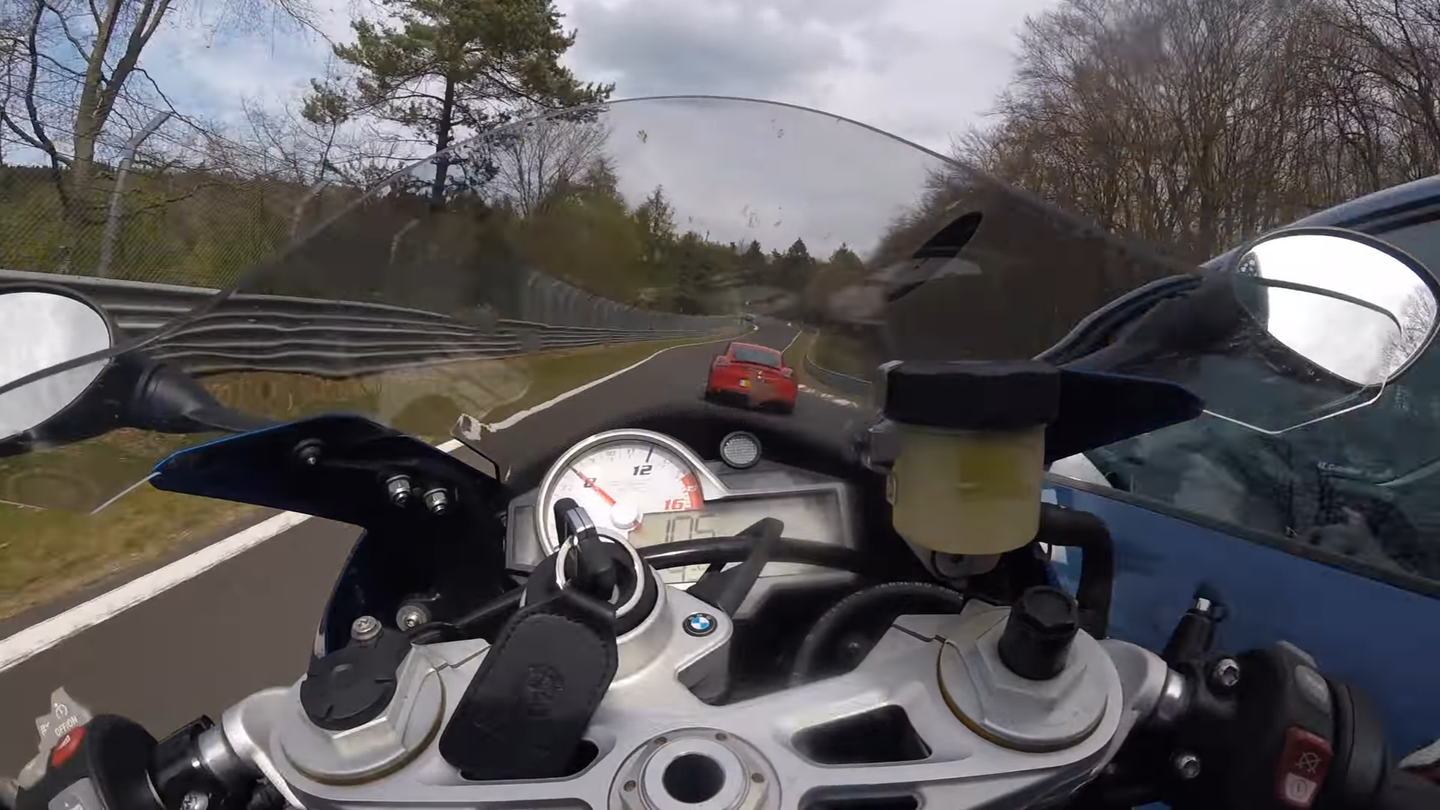 Motorcyclist David Monaghan was enjoying a nice whip around the Nurburgring on his 2015 BMW S1000RR when he was surprised by an unfortunate accident with an extremely fortunate outcome.

This might be the only story you ever read about a motorcyclist going over 100 mph, getting into an accident, and not getting killed or arrested. Monaghan was riding fast, but safely, and playing by the rules. Monaghan hits 150 mph in a few spots and was going about 105 when he was side-swiped by a Seat while trying to pass. In case you’re unfamiliar, Seat is a Spanish car company owned by Volkswagen.

After the Seat makes contact, Monaghan keeps his cool, slows down, and veers off into the grass to the left of the track. It looks like his tires even hit the guardrail. Then he managed to cross over to the other side of the track onto the grass on the right without getting hit again. He never comes to a complete stop after getting hit and gets right back on the track. At the end of his video, he gives the camera a reassuring thumbs-up.

David Monaghan is no squid which is clear in the video. He’s a racer in the Thundersport GB British motorcycle racing series and he’s no stranger to the ‘Ring. He told Motorcycle News regarding the accident, “The orange Porsche was in front of me overtaking the Seat so from my point of view I had a clear run through. In hindsight, this was my biggest safety mistake. I didn’t see that the Seat was being held up by the slow car in front of him and was impatient to get out.”

Watch the entire video below or skip to around the 7:30 mark to see the incident. When you’re in a car, remember to check your mirrors. When you’re on a bike, remember to pretend everyone around you is blind and drunk. Apparently, even on the track.