Instead, the EQS electric sedan will be the first battery-powered Merc to launch stateside. 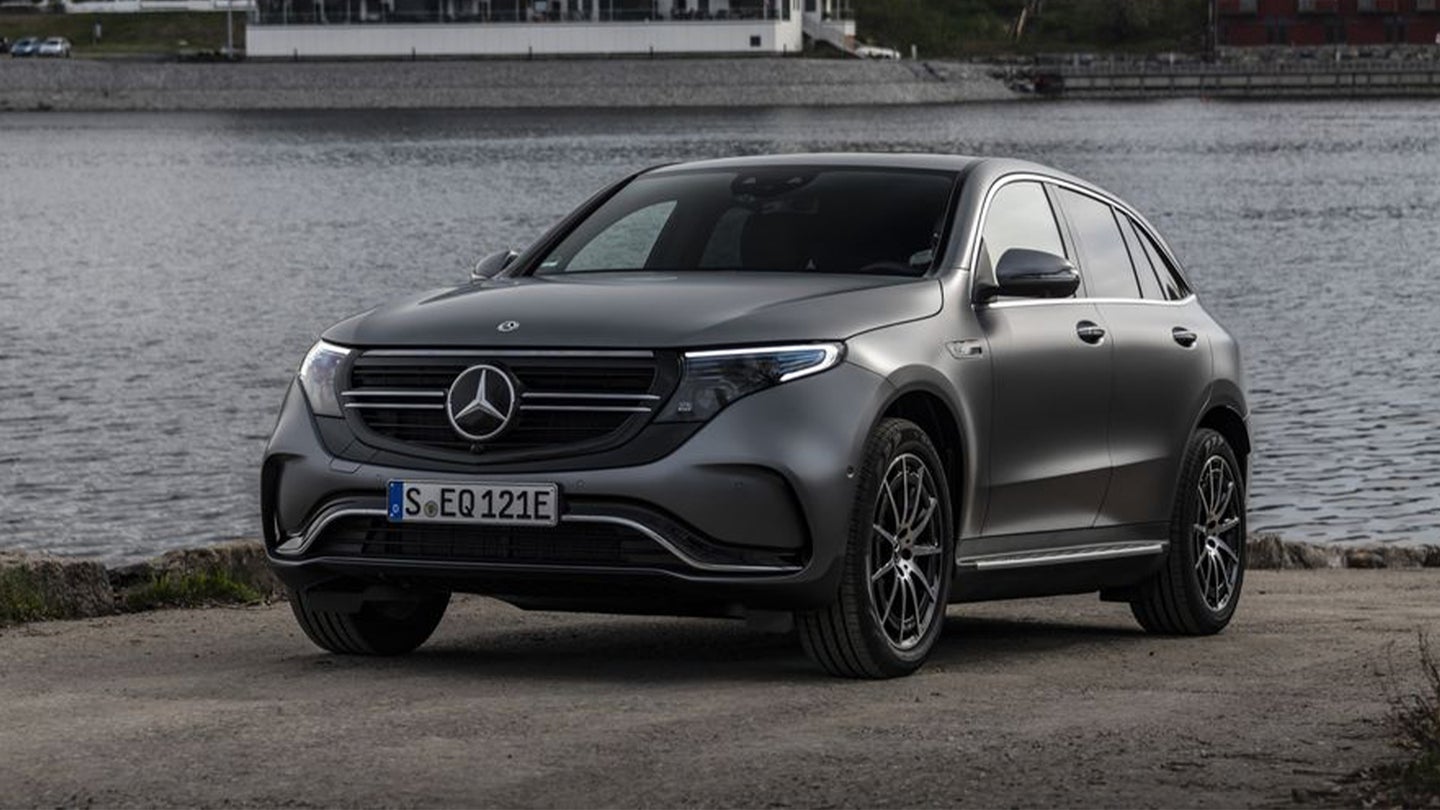 Mercedes-Benz developed the EQC seemingly with the United States in mind. It's a big, luxurious, expensive and properly quick SUV, which is pretty much everything American premium buyers care about. Oh, and don't forget that it's electric. But recent developments confirm it either won't be making it to the States at all or it'll be delayed again after the car's North American launch had already been pushed back from 2020.

We're two months into 2021 now and Autoblog says Mercedes has completely yanked the EQC from its U.S. plans.

A company spokesperson reportedly told the outlet, "Following a comprehensive review of market developments, the EQC will not be offered in the United States for now." Though that doesn't totally rule it out in the future, it definitely means the crossover won't be shipping over any time soon.

The EQC has been in production since mid-2019 and models have been delivered across Europe. However, despite apparently always seeming pretty U.S.-focused as a product, it's never made it over. Mercedes even shipped us over to Norway to test it—so what gives?

The car's compliant with U.S. regulations and Mercedes took the opportunity to show it off at CES 2019, as the car's big(ger) reveal. It's always been a chunky heavyweight, with 402 horsepower and an 80-kilowatt-hour battery; for comparison, the recently-announced EQA is only putting out 188 hp and carrying 65 kWh onboard.

Mind you, we'll also have to stay tuned and see if the EQA makes it to the U.S., too. When The Drive reached out to Mercedes-Benz on Tuesday, a spokesperson confirmed that the EQS sedan will instead be the brand's first EV on American shores, and it will be available to buy later this year. The EQS uses Merc's new Electric Vehicle Architecture, which the EQC doesn't, so it could be seen as a reset on that particular line that the brand is moving straight to its next-generation technology.

There's been plenty of CES-related action around the EQS, too, in terms of bringing U.S. hype—particularly about its monstrously enormous, space-ship-shaped, 56-inch touchscreen. Whether that will deliver the sort of genuinely enviable luxury we were seeing in the EQC, especially its ridiculously bonkers 4x4 version, will be for us to probably complain about at the time.