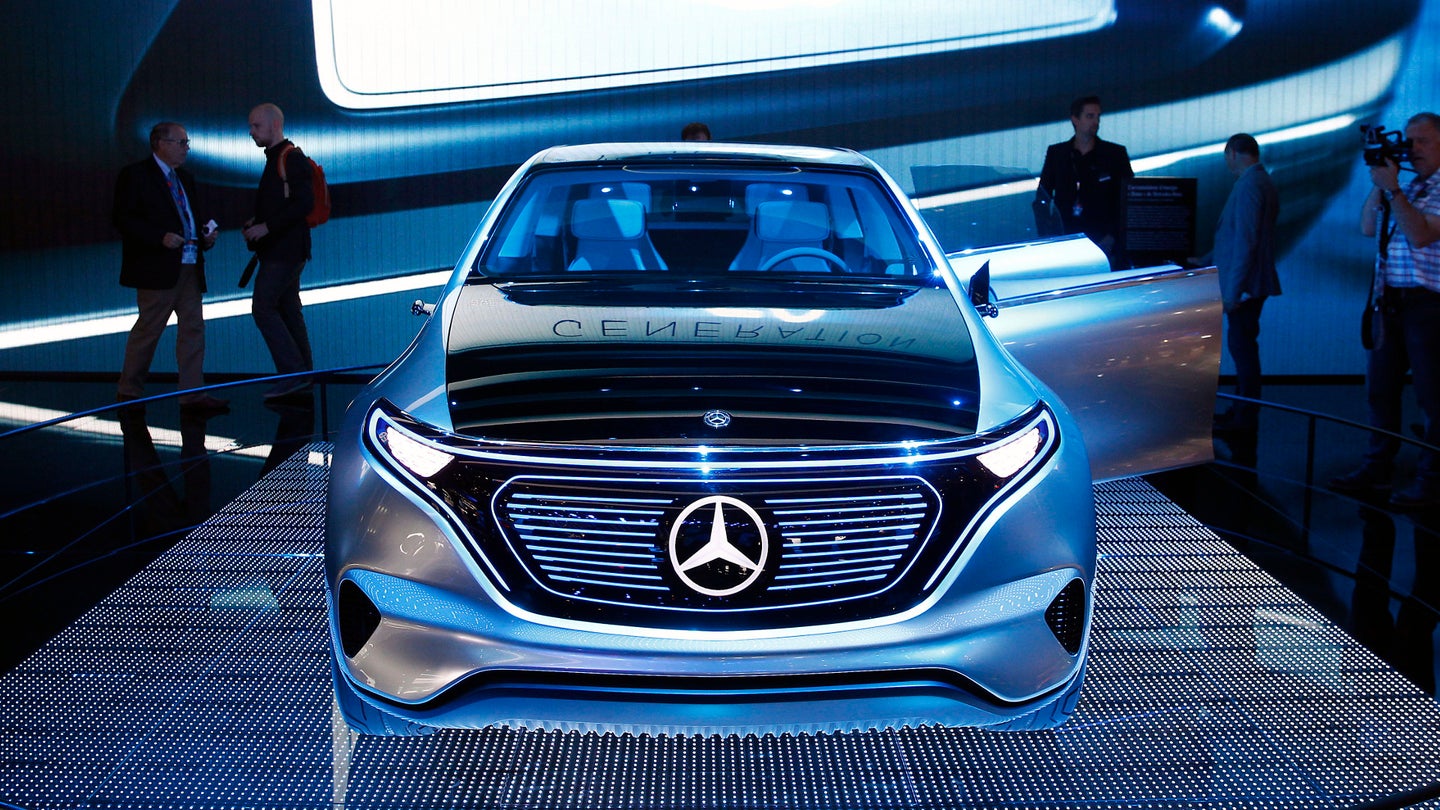 Unlike fully autonomous cars, fully electric vehicles are no longer something we should talk about as a future technology—they're already here, and more are coming in a big way. After letting Tesla corner the market for a few years, big manufacturers are finally stepping up with their own worthwhile offerings, and the pace of production is only going to keep rising. This year alone, Volvo, BMW, Audi/VW, Renault-Nissan, and Ford have all announced plans to put more electric cars on the road, and now Reuters reports that Mercedes-Benz will be doubling down on battery power with the ambitious goal of 10 new EV models in the next five years.

"Further fundamental changes will be required also for Daimler to remain successful. With a far-reaching transformation we want to shape the profound transformation of the automotive industry, which is primarily being driven by digitization, from the forefront," Daimler Chairman Dieter Zetsche said in a statement released prior to the company's annual shareholders meeting.

The new $10.8 billion "emissions-free driving" plan shaves three years off the timeline the company had announced at the Paris Auto Show last September—another sign of the quickening times. And in rather ominous language for enthusiasts, the statement refers to its continued use and refinement of internal combustion engines as "transitional period." We don't have much in the way of details on these 10 models, but expect at least a version of their EQ SUV concept, a four-door sedan and equivalent crossover, according to a report in Car Magazine.

The company also acknowledged it was unable to cut its overall emissions in Europe this past year for the first time since 2007, chalking it up to the across-the-board increase in crossover and SUV sales. European Union regulations stipulate that all new cars must produce 95 grams of carbon dioxide per kilometer or less by 2020, and with Mercedes models averaging 123 grams across the board, the new electric push will help the German automaker reach that target.

It also comes as all European car manufacturers are starting to turn against diesel power in the wake of the VW scandal and other related probes, including one at Daimler, notes Bloomberg.