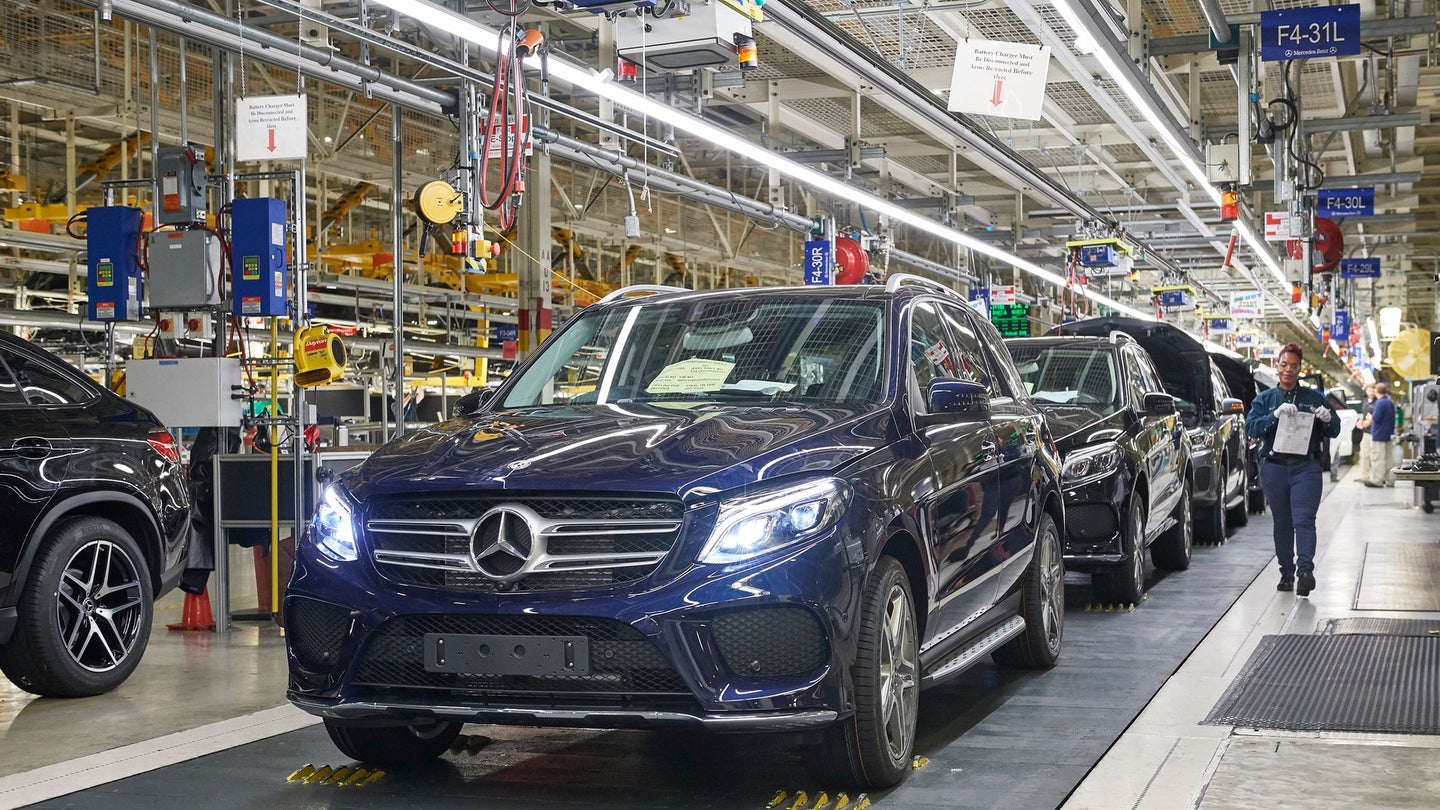 Mercedes-Benz's upcoming blitz of electric cars will include some models built in the United States. The German automaker will invest $1 billion in its Tuscaloosa, Alabama, factory to build electric SUVs for its new EQ sub-brand, the carmaker announced Thursday.

The Tuscaloosa plant has been in operation for 20 years, and currently builds the GLS-Class, the GLE-Class, and the GLE-Class Coupe SUVs. Electric models will be added "at the beginning of the next decade," a Mercedes press release said. The automaker will also break ground on a one million square-foot battery plant at the Tuscaloosa site next year. Electric SUV production will create around 600 jobs in the region, according to Daimler.

Mercedes is in the process of launching its EQ sub-brand as an analog to BMW i. So far the automaker has shown two EQ-badged concepts: the Generation EQ that debuted at the 2016 Paris Motor Show, and the smaller EQA, which was unveiled at the 2017 Frankfurt Motor Show earlier this month. The first production EQ model will be badged EQC, and will go into production in Bremen, Germany, in 2019.

EQ badging will become a more common sight over the next few years. Mercedes plans to have a hybrid, plug-in hybrid, or all-electric version of virtually everything it makes by 2022. All told, that will include no less than 50 hybrid and all-electric model variants.

The electrification push will help Mercedes meet anticipated stricter emissions standards, and keep pace with rivals like BMW, Audi, Jaguar Land Rover, and Volvo, which are all planning large-scale electrification efforts of their own. Mercedes-Benz's parent Daimler may also be hoping to drive down costs with economies of scale.

In addition to passenger cars, Daimler is also a player in the burgeoning field of electric commercial vehicles. The company recently delivered the first of its Fuso eCanter electric trucks in the U.S., and plans to launch an electric version of the Mercedes-Benz Sprinter van. But just as Mercedes-Benz's EQ electric cars will have to compete with the Tesla Model S and Model X, Daimler may need to come up with an answer to the Silicon Valley company's electric semi truck.