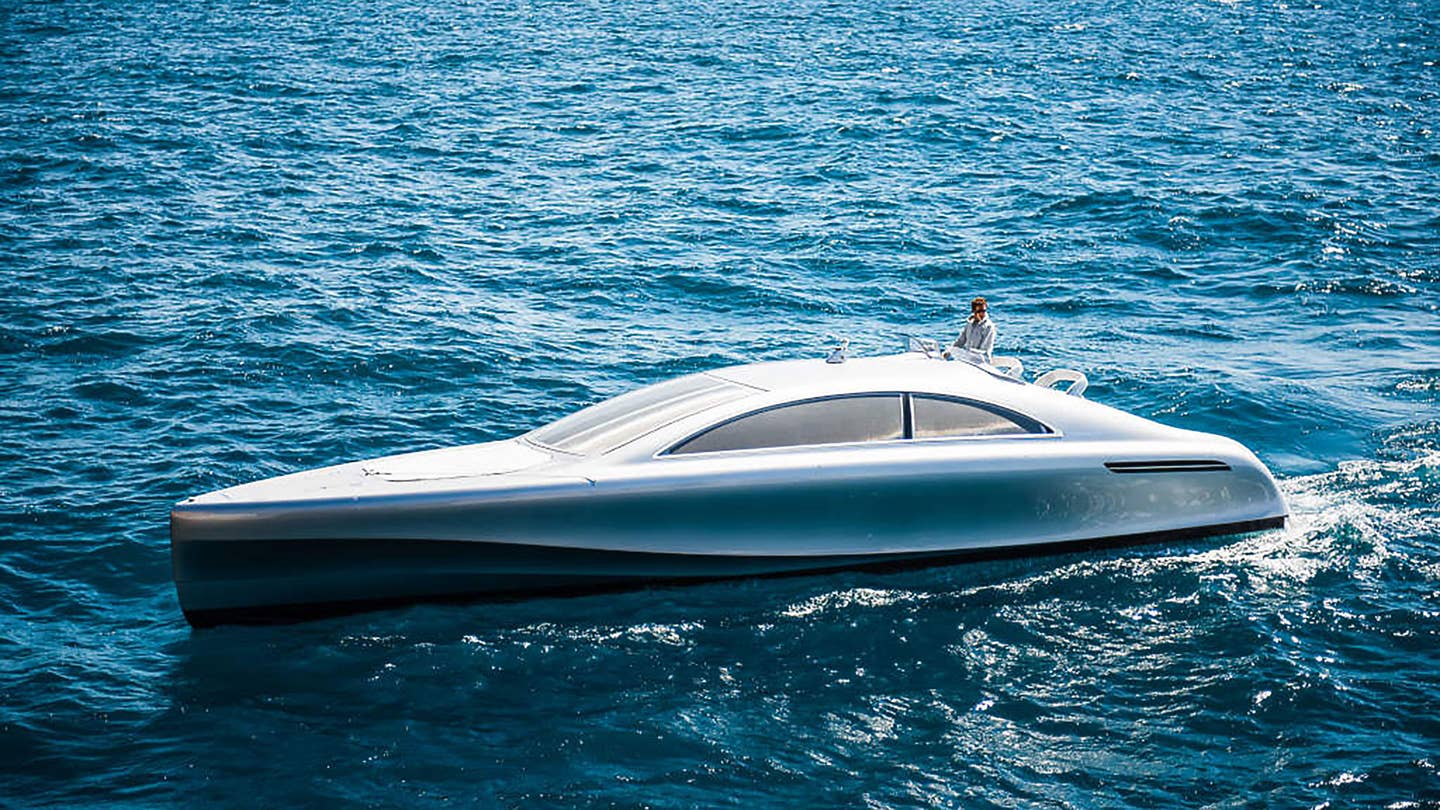 Despite the joy apparent in James Corden's recent Entertainment Weekly cover, an mid-Eighties S-Class isn't the best Daimler vehicle to take into the water—especially considering that, four years after the concept debuted, Mercedes-Benz is finally sending its Arrow 460 Granturismo Edition 1 out to sea. Mercedes is sending their first boat, a nearly-1000 horsepower pleasure craft, to cruise the coast of the French Riviera. It is, of course, silver, and looks a lot like the brand's hot-selling AMG GT-S, but unfurled to a luxurious 47-foot length; it has the footprint of a school bus, but the grace of one of the smaller and more nimble whales.

For a price of $1.7 million, Mercedes aficionados and fancy seamen alike can purchase one of the ten boats made by Mercedes-Benz Style, the design sub-brand in charge of the yacht, provided that he is the first person in his country of origin to submit a deposit. The Chairman of the project, Ron Gibbs, has been quoted saying that the one-per-country rule was instated so that "we can guarantee that just one individual in each country will be able to say: 'I am the first captain of the first Silver Arrow of the seas.'" (To deny anyone such a pleasure should be punishable at the Hague.)

Specs-wise, the fancy boat will have twin 480-horsepower diesel engines, a nubuck leather- and eucalyptus wood-trimmed interior, a wine cellar, and photo-sensitive auto-dimming glass stolen from Maybach. Ten passengers fit in the cabin, though all ten belong on the deck.

It's exciting to finally see the boat in the flesh, and yet: How long, really, before all are purchased and secreted away in a boathouse with more square footage than a Westchester ranch house? Get your kicks now, or start working in earnest for an invite aboard.

The Mercedes-AMG GLC43 Is, Yes, Another Turbo Six-Powered AMG Benz

But this one’s an SUV!