A place to park your ass, sure, but it’s so much more than that. 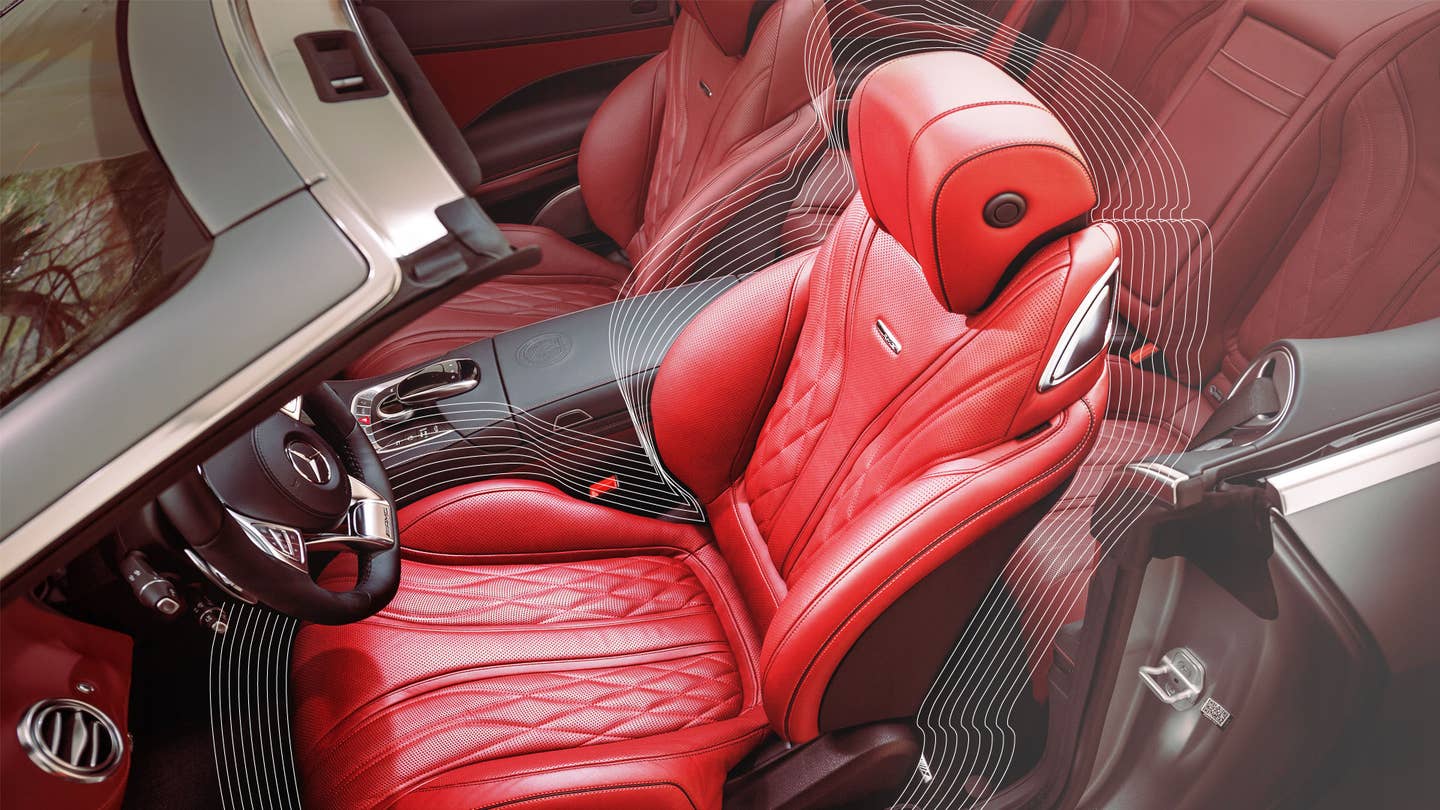 What’s in a seat? It’s just a place to put your ass while the rest of the car with the really important parts—the engine, the wheels and tires, the brakes—do all the hard work, right? Well, if it’s the wrong seat, you could end up in the hospital, and if it’s the right seat, it could help you recover from a stay in one.

I happen to be an expert on seats. You want the finer points of shock tuning to get every last tenth of a second out of your track car, go ask Mr. Harris, or the Brothers Baruth. But if you want to talk seats, I’m your man. My spine is like a Michelin-Starred chef’s tongue—and not your standard French chef, either; more like one of those weird forager chefs who find flavor in tree bark and make it so delicious Anthony Bourdain makes a pilgrimage year after year.

It began back in 2003, in a BCS-1 Class tube-frame buggy and a hundred hours or so of spine-compressing yips and yumps between Ensenada and Cabo San Lucas. But I didn’t feel it until months later. First, as what I thought was a sore left hamstring, then shin splints, then tingling. I had herniated my L4/L5 disc and hit a nerve, and for those who’ve been there, it’s a pain that can’t be escaped, one that makes an Oxycontin addiction seem like a realistic course of action, because the surgery sounds scary as hell. Eventually I caved, had the surgery, and lived happily ever after.

Actually, I wound up with the best job in the world: writing and making videos about cars. It’s like finding a loophole into gearhead Nirvana—except the mind and the body disagree on the relative merits quite severely.

That first surgery should have been a lifetime fix, but the surgeon hadn’t planned on me spending a week in a modified 2010 Camaro with a sunroof. The details aren’t important except to note it was the world’s worst seating position, lowest ceiling height, heaviest clutch, and lumbar support of least resistance. In other words, a direct path into the hospital again for surgery number two.

So, if you think a good seat is important to you, go ask someone who’s had the same spinal surgery twice. A good seat to them isn’t’ just good, it’s fucking everything.

(And so the Camaro owners don’t think I’m picking on them unfairly, Nissan, Dodge, Chrysler, GM, Mitsubishi, Infiniti, Lexus, Toyota, and Subaru all have made at least one car I can think of in the last ten years with a terrible seat.)

Which leads me to the 2017 Mercedes S63 AMG Cabriolet, the $214,000 matte-silver battle cruiser with the turbos and enough torque to actually kick start Vince Neil’s heart. It’s fast, sexy, and makes good noises. But enough about that.

This is the greatest driver’s seat ever installed into a passenger car. This is the seat all other seats should aspire to be. Can a seat aspire? In fact, yes, and the Mercedes S63 seat aspires to greatness. But that’s not all it does. This seat saves spines. I should know; I’ve spent eighteen hours in it over the last four days.

These active multicontour seats are basically infinitely adjustable. Every aspect of the seat’s shape is controlled through COMAND, sent to the seat’s 19 different air chambers, each of which have fine-tune adjustments. Lumbar support alone has three chambers, and is able to target a specific area of the back with pinpoint precision. The seat surface itself is like a really expensive hotel bed: soft on top, firm underneath. The (optional) red Connolly leather is gorgeous, soft, and supple, but also cleans easily, which I learned after a particularly dusty hike.

Heated and Cooled seats are nothing new, and higher end cars have had heated steering wheels for a while, but the S63 is the first car I’ve seen with heated inner door panels and a heated armrest. Combine that with the “Airscarf,” a system installed in the seatback that literally blows hot air on the back of your neck, and honestly, there’s nothing in the car left to warm up. They've now covered the entire interior in heating elements.

Then there’s the massage, which comes standard. There are six programs targeting different points on the back and thighs, two of which actually simulate hot stone massage by using extra heating elements on selective air bladders. Hot. Stone. Massage. The only negative thing I can say about this entire car is that you have to restart the massage seats every 15 minutes, which gets frustrating. I suspect you could call RennTech or Brabus, who could hack that for full-on operation. I would, since I’ve not spent a single minute in this vehicle without one massage or another going. I highly recommend programs 1, 3, and 6.

As part of my rigorous seat testing, I took what is normally an easy, 120-mile drive from LA to San Diego to see Mumford and Sons with Hanna. In order to prime the pump, I made sure to fly across the country first, so I’d have a solid 8 hours of coach seat for comparison. As expected with afternoon traffic, it took four hours. These seats literally saved me from what could have been a very unpleasant concert experience and subsequent few days, because they're so ridiculously comfortable. After that kind of stretch, nonstop, in traffic, I’m usually fucked. But when we arrived at the Sleep Train Amphitheater (worst name ever), I stepped out of the car and walked it off, and had a great night. The AGR, a German spinal-health organization, endorses these seats for a reason. It made my back problem essentially disappear.

It’s like when you go to one of those running stores and you stand on a machine that pushes little nubbins into your foot to make the perfect mold for you. That’s how this seat works; it’s a custom orthotic seat, which molds to your exact body position and then holds you in a warm cocoon while massaging you with hot lava stones. The bolsters look huge, but when you sit in them, they don’t pinch, and they aren’t so firm you think you’re in a sports car.

Head up to the canyons, and activate those dynamic bolsters, and you learn that Mercedes has nearly perfected this technology. I remember the E60 M5 in 2006, and when you turned the wheel, the car would inflate the “outboard” bolster to hold you in place. It seemed like a great idea, but the bolster was always a half-second behind your wheel motions. In a quick back-and-forth, it would be behind the ball. Mercedes’ system is faster and has more flexibility in terms of how much air it adds to the system. It’s fast enough to handle a tight section of road without losing pace, and different radius corners yield different levels of inflation.

This is the kind of seat that rewards years of hard work. If you work in a place where you have to manage tens of thousands of people; if you work in a place where your job is the difference between life and death; if the future of your client’s entire life is in your hands, then you're under a lot of stress, and you need a retreat. This seat, and the S63 wrapped around it, is for you. It’s what that big salary of yours is for. This is your glass of 23-year-old scotch, your bespoke suit, and your flying carpet. The rest of the car is magnificent, typical of the cars at it’s price point because there won’t be much wrong with any $200,000 car. It’s obscenely fast, rides well, has a great stereo, and is everything you’d expect from a big, brawny Merc. But the seats are the coup de grace. The kind of seats that are so good, they are worth writing 1,400 words about.

If work is hard, stress is stressful, or you’re broken and fighting pain, this will make the beginning and end of your day your happy time. And for the rest of us, pray all this stuff still works in five years, when we can afford it.