The United States’ last small car is exiting production after August of this year. 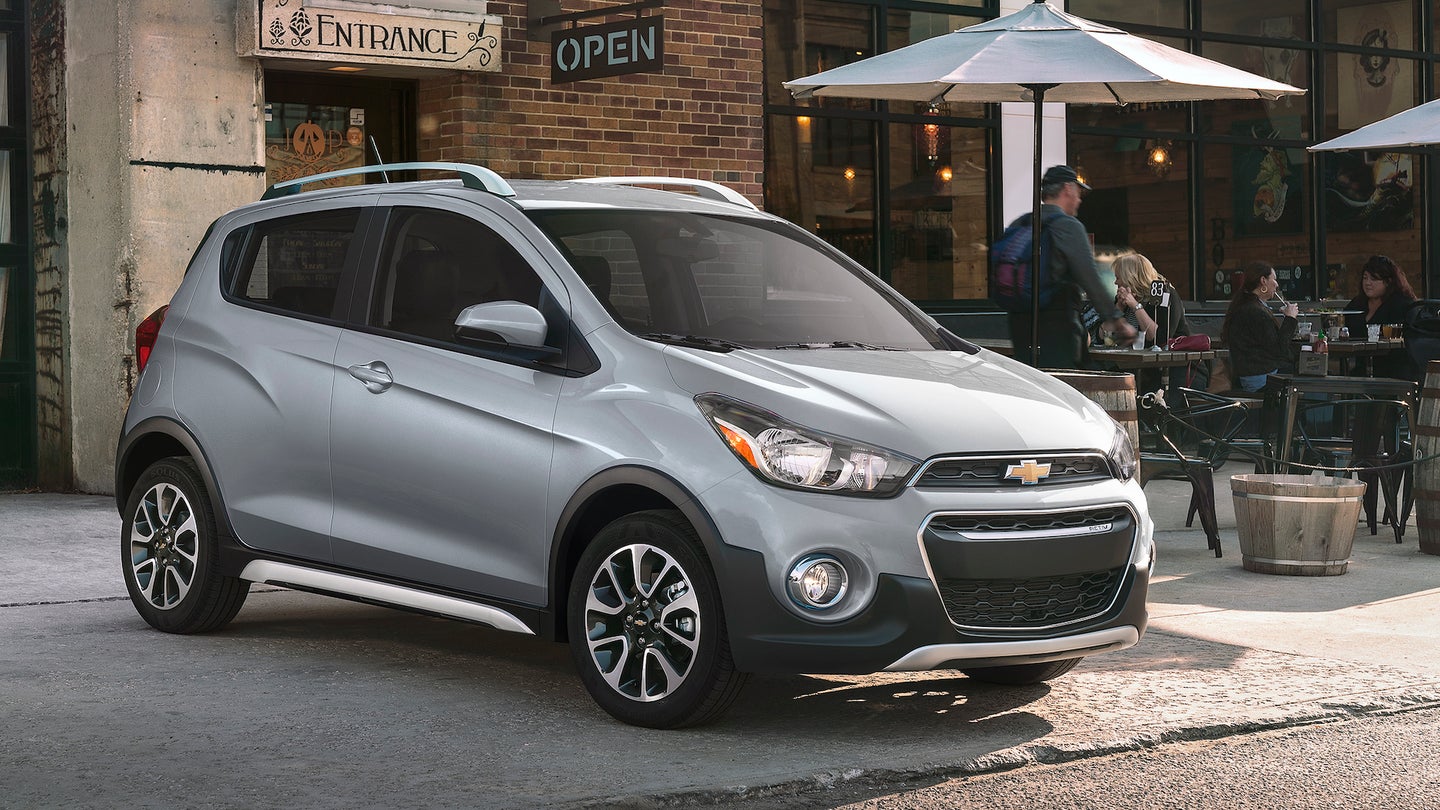 Those who accuse America of being addicted to conspicuous consumption and big, powerful, expense-laden vehicles can prepare to be proven right once again because the Chevrolet Spark—the cheapest new car in the country and, by my count, the last small car made by an American automaker—is going bye-bye after this summer.

First reported on by CarsDirect, General Motors will no longer build its smallest and least expensive car after a final production run expected to last through the coming summer.

"The Spark is being produced through August 2022, then it will be phased out of Chevrolet’s product lineup," a GM spokesperson confirmed to The Drive. "Customers seeking comfort, function and style at an approachable price still have strong options within Chevrolet’s family of compact SUVs."

The Spark leaves behind the $22,595 Trax subcompact crossover as Chevy's most entry-level offering and the mid-size Malibu sedan as the brand's lone remaining "car" that isn't a Camaro or Corvette.

Per CarsDirect's own listicle and corroborated by another list compiled by Autotrader, the Spark was the absolute cheapest new car you could buy in the U.S., commanding just $14,595 for a base, manual transmission version after destination. With the Spark gone, the cheapest car crown will fall to the $15,640 Mitsubishi Mirage. That's right, folks—America's least expensive new car isn't as cheap as it once was. Not because its manufacturer is giving it a price hike but simply because it'll no longer actually be made.

More notably perhaps, the Spark's demise also marks the departure of what is, as far as I can tell, the last non-luxury compact car made by an American manufacturer. Ford has long given up on cars that aren't Mustangs and unless there's a weird sedan version of the Jeep Renegade I don't know about, Stellantis doesn't have a small car in its extensive portfolio either. Even Fiat, which is only American via corporate ownership, sells nothing but 500X crossovers now.

Got a tip or question for the author about the Chevy Spark? You can reach them here: chris.tsui@thedrive.com

What the Hell Is This Old Chevy Tahoe Doing in the New Halo Trailer?

Perhaps GMT800 Tahoes are so reliable, they can be found hundreds of years in the future and on other planets.