Fly Over Iceland’s Erupting Volcano With This Remarkable Drone Footage

Yeah, you're not getting this close in person. 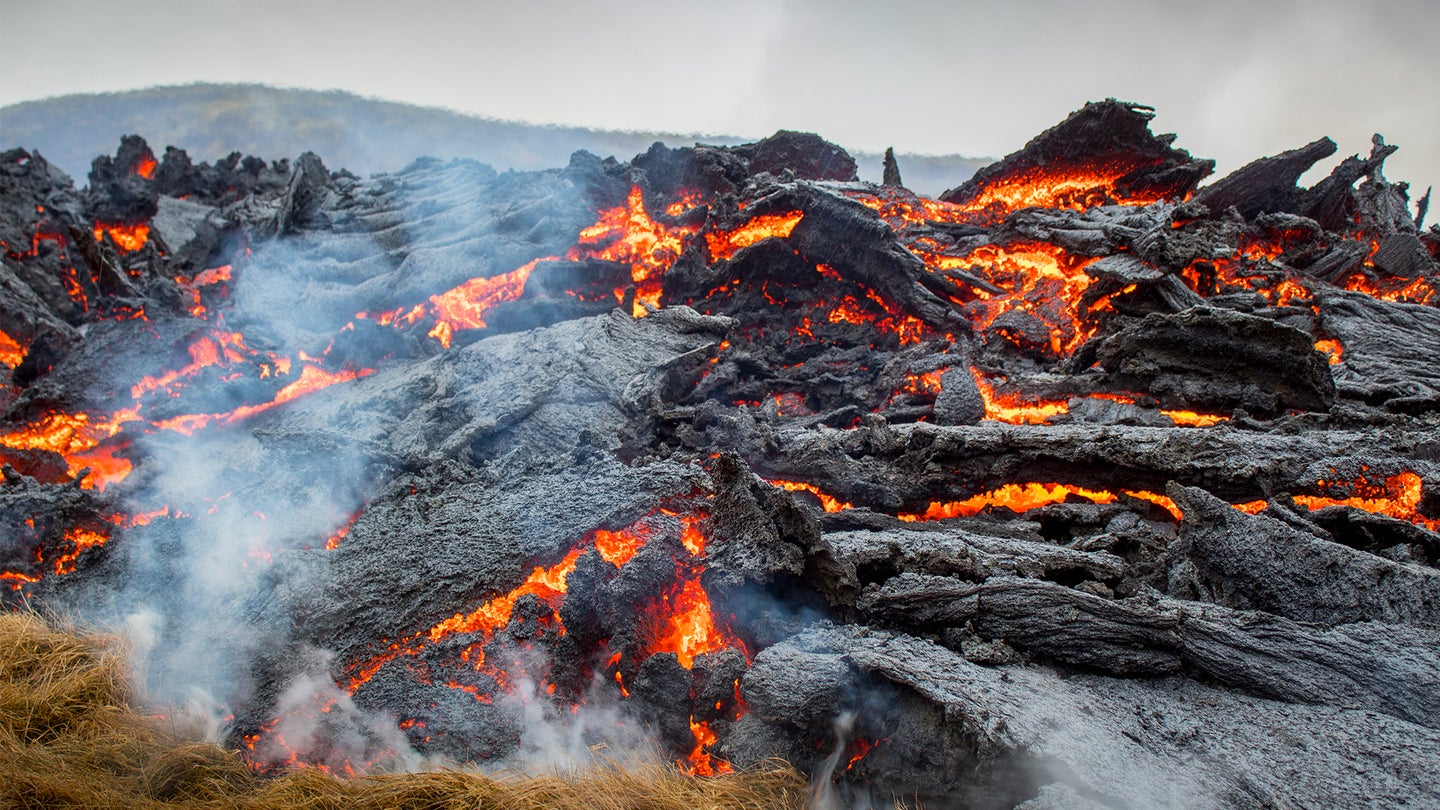 Last Friday, a cloud of smoke and red embers lit up the night sky outside the Icelandic capital of Reykjavik. For the first time in roughly 800 years, a volcano on the Reykjanes Peninsula began to erupt, pouring liquid earth from its crater and down its slope, all the while creating a spectacular show for the gathering onlookers who huddled together at the base of the molten crust.

One onlooker wasn't satisfied with being far away from the action, however, especially in the age of personal electronics. Drone pilot Bjorn Steinbekk took to the sky and flew his UAV directly into Mount Fagradalsfjall to capture his once-in-a-lifetime video.

Steinbekk posted several videos and images of the eruption to social media. In each small clip, he carefully maneuvers the drone above the scorched earth, showing the crust that has somewhat cooled since the small eruption began.

And just as Steinbekk approached the crater, a piece of the crown collapsed in a fiery burst and the drone flew straight through droplets of molten earth as if it were a cinematic in a Hollywood film. It's amazing that the drone didn't melt above the lava which can range in temperature between 1,400 and 2,000 degrees Fahrenheit.

Locals had been suspecting that Fagradalsfjall may erupt for the past several weeks. Scientists had been monitoring the Reykanes Peninsula closely for seismic activity after a flurry of tiny earthquakes had begun peppering the surrounding area. In fact, Reuters reports that within the four weeks prior to the eruption, around 40,000 earthquakes had been recorded—a reasonable cause for suspicion.

Still, the eruption itself was relatively small with lava only covering around 0.4 square miles and noxious gas levels low enough to not severely impact residents of nearby towns, many of whom had gathered to witness the first volcanic eruption on the peninsula since the 12th Century.

Iceland is no stranger to volcanic activity. With 30 active volcanoes and a geological position centered near two opposed tectonic plates, it's not exactly surprising that an eruption would happen eventually. And despite the event being nowhere near the 2010 eruption of Eyjafjallajökull (which sits 85 miles southeast of Fagradalsfjall), last week's eruption is regarded by the Icelandic Meteorological Office as "quite a big deal" given that the Krysuvik volcanic system had been dormant for the better part of a millennium.

Either way, the drone footage is absolutely amazing. It's not often that the world gets to witness a natural event like this so up-close and detailed. And if you want to watch a timelapse from a bit further away, local news outlet RUV filmed an eight-hour live stream of the eruption and made it available to watch.