Some call this man the “MacGyver of Mission Viejo.” 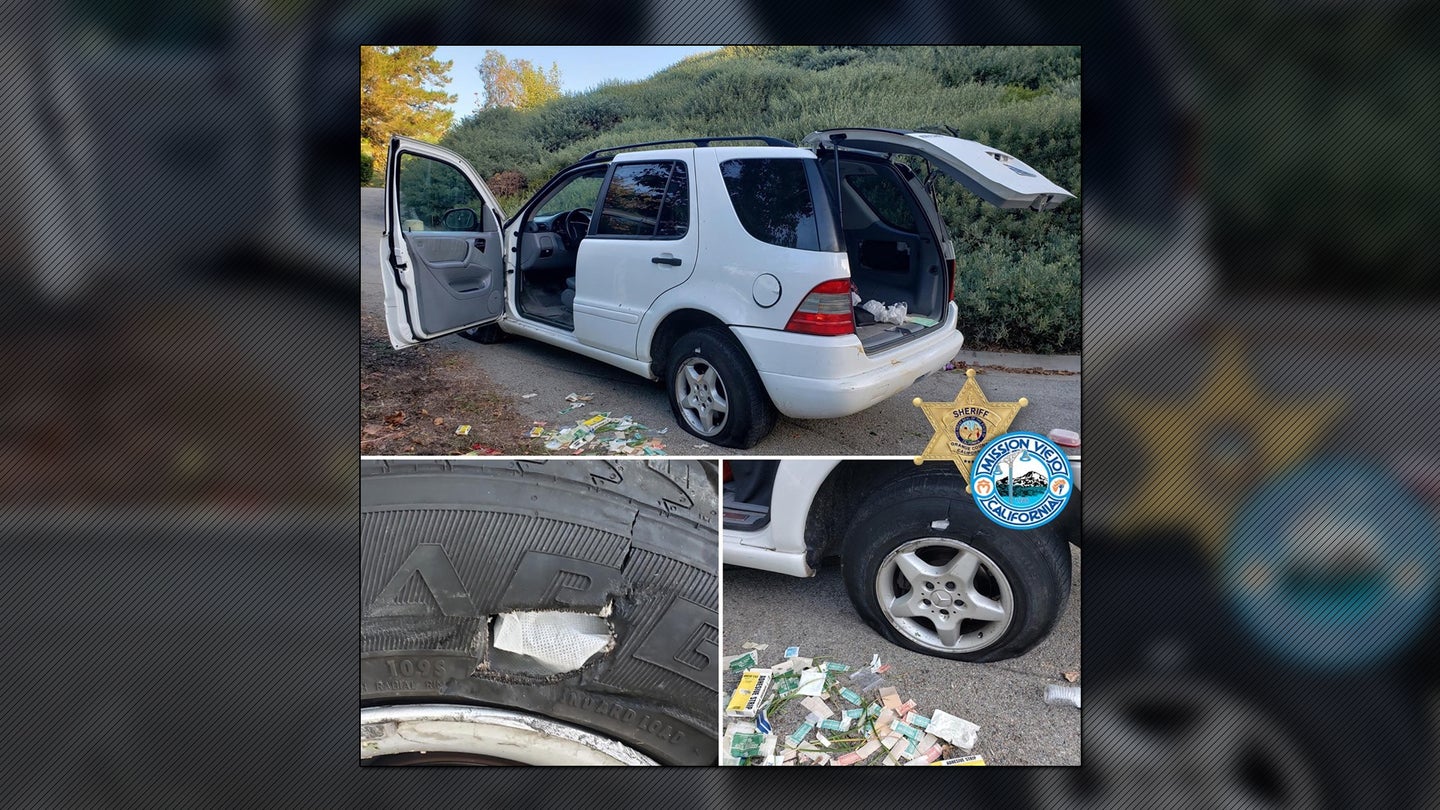 Police in Orange County California arrested a 26-year-old man early Tuesday morning after finding him stranded on the side of the road and attempting to repair his car in a rather unconventional manner.

Authorities were tipped off of the disreputable behavior after a concerned citizen called to report a suspicious person hanging around a disabled vehicle at approximately 6:00 a.m. When officers arrived on the scene, they found something they won't soon forget—a man surrounded by a pile of bandages and gauze attempting to repair the two flat tires on his Mercedes-Benz SUV.

According to a Facebook post authored by the Mission Viejo Police Services, the man had blown out both driver's side tires and was using the mountain of medical supplies in an attempt to patch the sidewall of his damaged tire. Photos show that the man attempted to stuff medical gauze (which is typically used to dress wounds) inside of the gaping hole of the tire while folded-over bandages littered the pavement.

"When I approached him he said he was trying to fix his tires while in shorts sitting on the ground with no shoes," wrote Ronald Ruef, who claims he was the individual who phoned police that morning to report the behavior. "He had leaves and branches in his front bumper and both driver side tires looked like he hit the curb and must have jumped up in the landscaping area."

But the strange behavior alone isn't the reason that the individual was arrested. Police swiftly determined that the man was "under the influence of drugs" and took him into custody.

Meanwhile, the comment section of the police's post has turned into a peanut gallery of wise-cracking jokes. One Facebook user suggested that the man would have had better results if he used the brand name bandages rather than the generic, while another suggested that a CVS receipt would have fared better than gauze. Perhaps the real winner here would have been Flex-Tape.

Amazon’s 30-Cent Gas Stunt for The Marvelous Mrs. Maisel Was So Popular Police Shut It Down