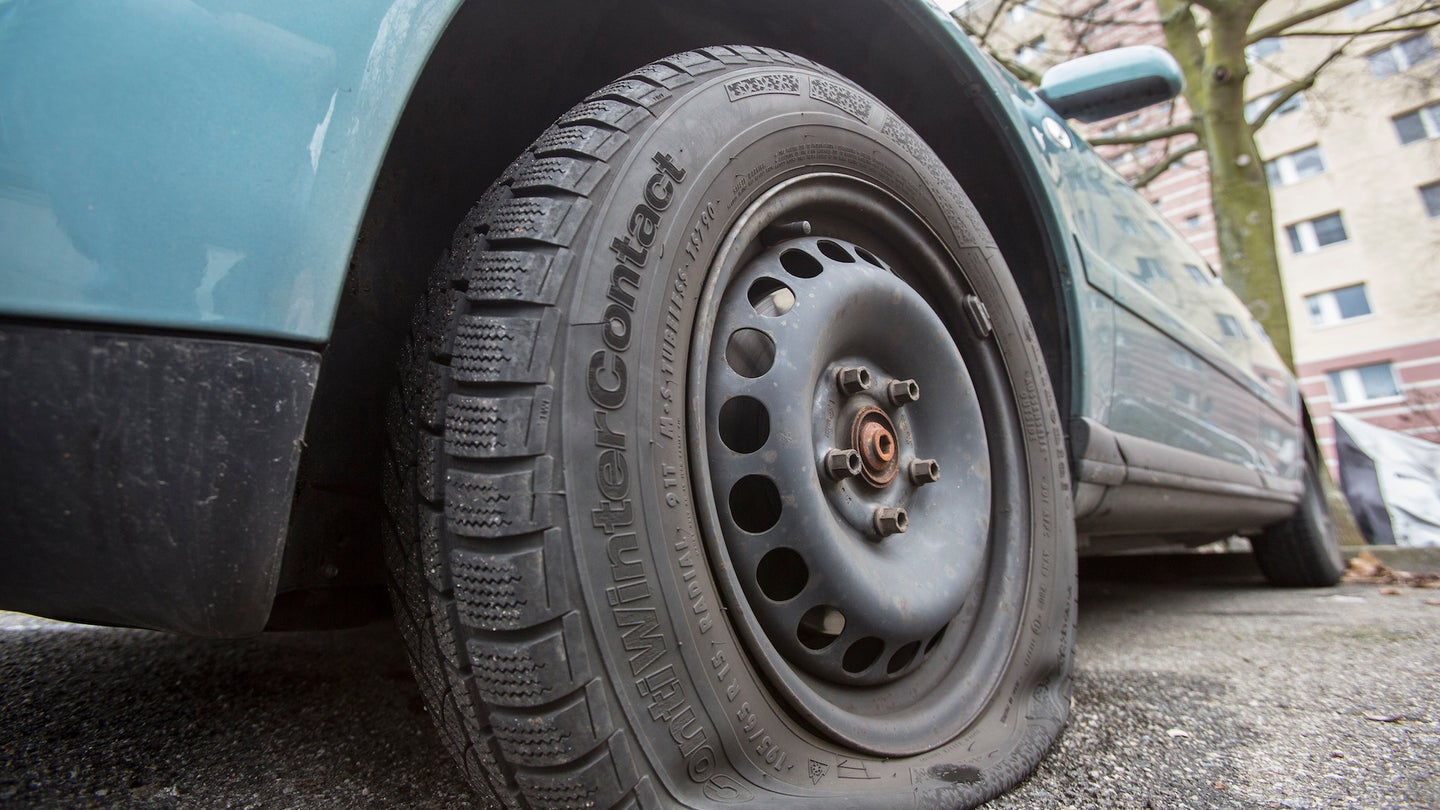 The world would be a better place if parking wars and road rage didn't exist, but it does, and that's just how things go. Sometimes though, instant karma manages to work itself in so the rager gets what he or she deserves. A man in Canada found that out the hard way.

A 37-year-old Vancouver Island man wound up in the hospital Wednesday night after he stabbed himself while attempting to slash a tire on a car that was parked extremely close to his, CBC News reports.

"Just because of the pure physics of his actions, he punctured the tire and then also ended up stabbing himself in the leg," said Saanich police Sergeant Jereme Leslie to CBC News.

The man apparently made it only about a half-mile away before having to call for help.

"He was bleeding quite heavily and was losing a lot of blood, so he pulled over to the side of the road and decided he needed an ambulance to take him the rest of the way."

The man had apparently severed an artery in his leg and required emergency surgery when he arrived at the hospital.

Police say the man is currently facing a potential charge for damaging a vehicle. As in the United States, however, idiocy currently remains legal in Canada.