Rushed to an animal hospital in critical condition, the 15-year-old terrier will undergo surgery on Monday. 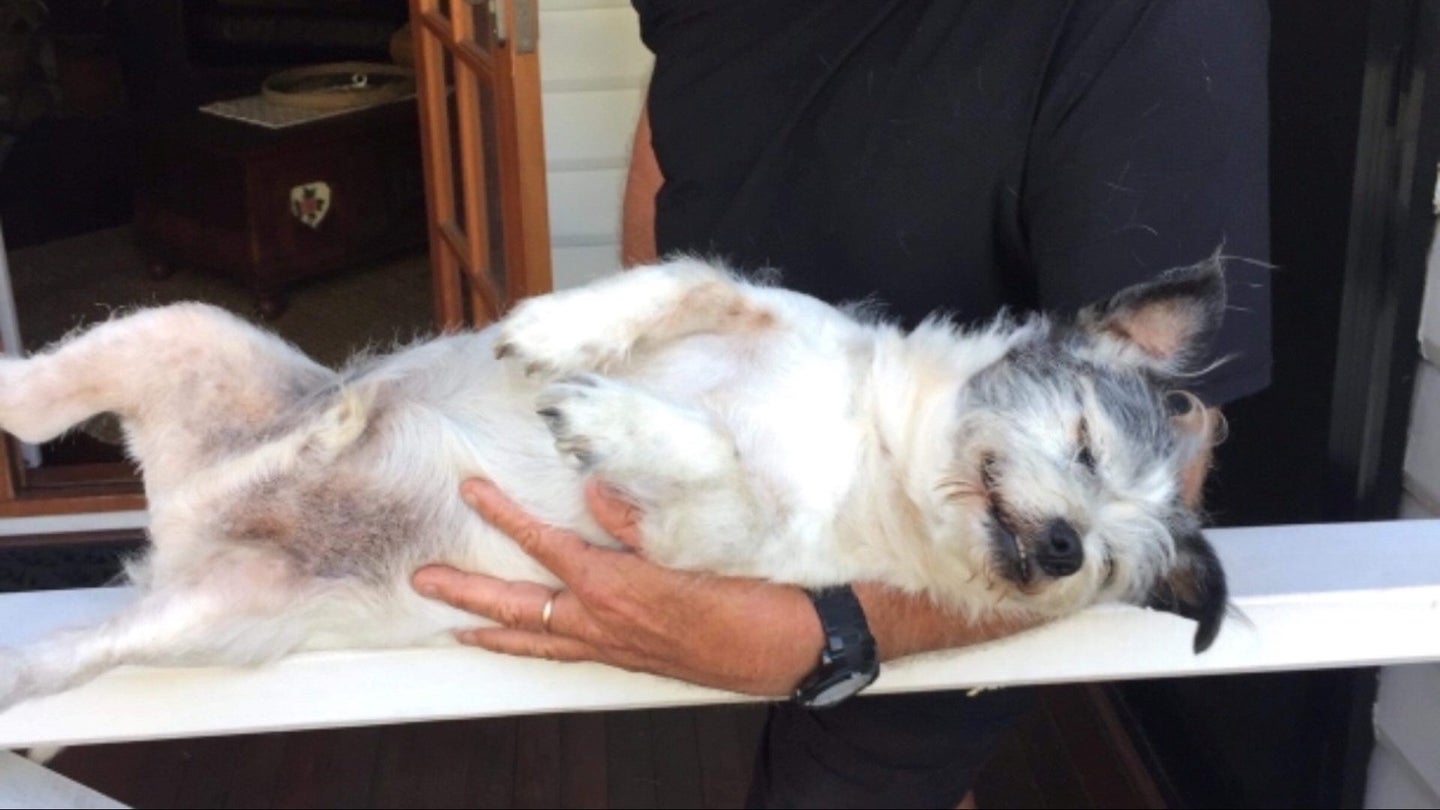 Surely solidifying his place on humanity's master list of bad people if there ever was one, an Australian man has been arrested in Perth after stabbing a dog twice during his second car theft of the day on Sunday afternoon.

From News.com.au, a 24-year-old male car thief threatened onlookers with a knife after crashing the first car he stole. He then broke into a second car, a van that was parked outside of a liquor store and occupied by Henry, a 15-year-old terrier who happens to be deaf. At some point, Henry was stabbed twice in the chest.

The suspect was later caught, arrested, and charged with two counts of stealing a motor vehicle, one count of animal cruelty, along with two other, undisclosed charges. Henry, meanwhile, was reportedly rushed to the Animal Hospital at Murdoch University in critical condition.

A Gofundme page was set up to help pay for the terrier's treatment.

"Henry has lost a lot of blood and requires transfusions, consistent pain relief, and surgery,” the site reads. “This page is being set up for those who want to contribute to saving Henry’s life."

The dog's owners' daughter, Jaimy Haywood, told an Australian radio station on Monday, "He has spent the night needing blood transfusions. His breathing got a bit erratic. They're hoping that he's going to be able to have surgery this morning to mend the cavities in his chest."

Alas, an update to Henry's Gofundme page says he will indeed be going in for surgery on Monday "to operate on his stab wounds." As of this writing, the campaign has exceeded its goal of $8,000, raising a total of more than $10,000.