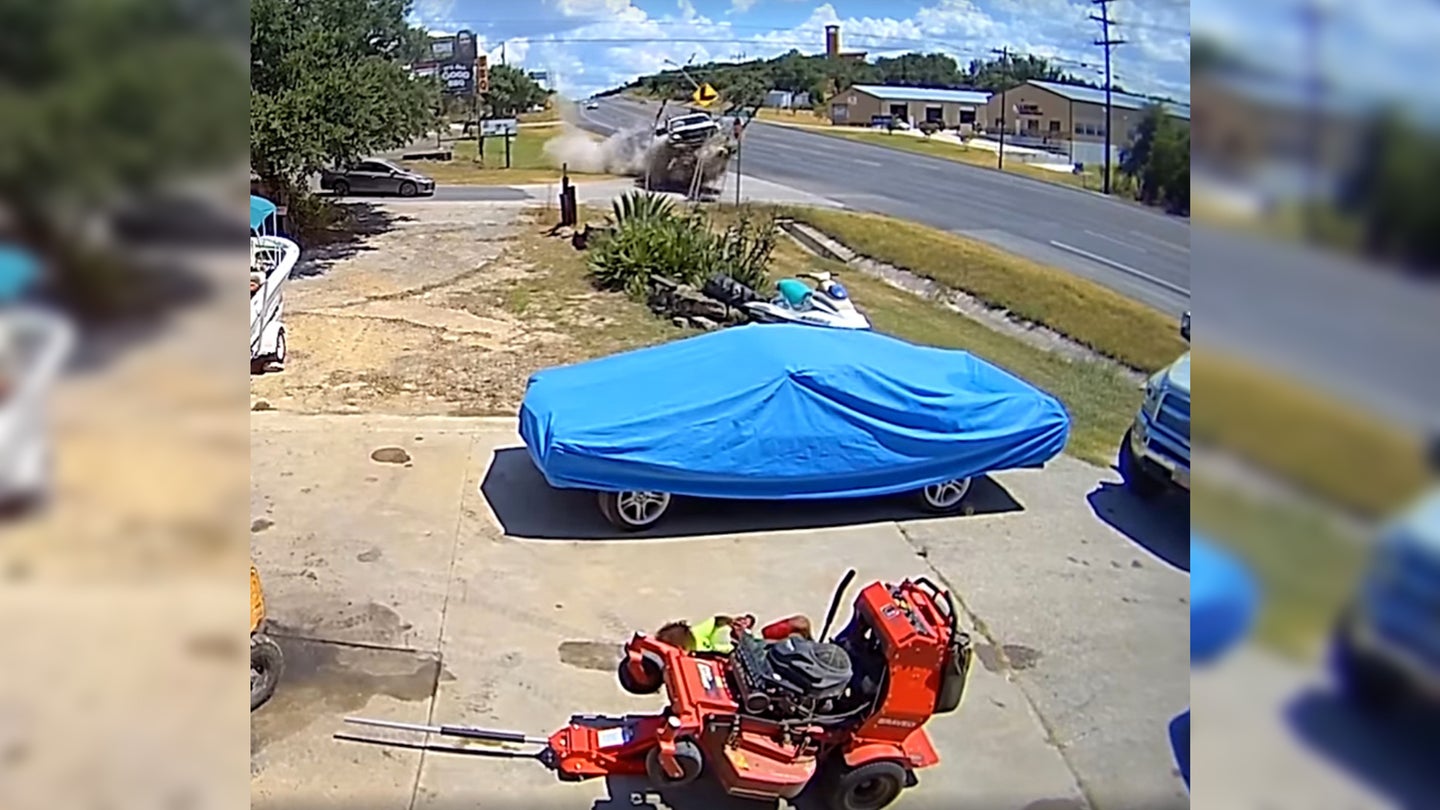 Imagine working in your yard when a pickup truck hauling a trailer catapults into the air at speed, nearly taking you, your car, and everything else out in a flurry of metal, rubber, and noise. That's exactly what happened recently in the rural Texas town of Spicewood, just northeast of Austin, and it was all caught on video.

Captured from a Ring security camera on Aug. 6, the accident took place when a truck careened off the main road and sped through a drainage ditch before catching air and crashing into a parked truck in front of a local business. What makes it even more nerve-wracking is that a worker was reportedly lying on the ground just a few feet away from where the truck landed. Luckily, the man got up and bolted for safety when he heard the first impact.

Details are limited, but the driver did survive the incident. The now-totaled truck belonged to the Lower Colorado River Authority, a state government agency.

Jim Campbell, owner of the shop where the wreck took place, told reporters at KSAT that crashes on this stretch of Highway 71 aren't uncommon, mentioning there have been several over the years.

The reason for the driver’s loss of control is still unknown and an investigation is ongoing.

As a result of the accident, Campbell has since embarked on a campaign to get the Texas Department of Transportation to update the road in front of his business with some sort of guardrail.

TxDOT apparently reduced the speed limits at that section of Highway 71, but Campbell insists more needs to be done to avoid future crashes.

"TxDOT employees review all crashes that occur on our state highway system in order to better understand the reason for the incident,” TxDOT said in a statement to WCBS Austin. “While we work to implement all of the engineering enhancements possible to build safer roads, drivers also help hold the key to preventing crashes by driving safely and making responsible decisions."