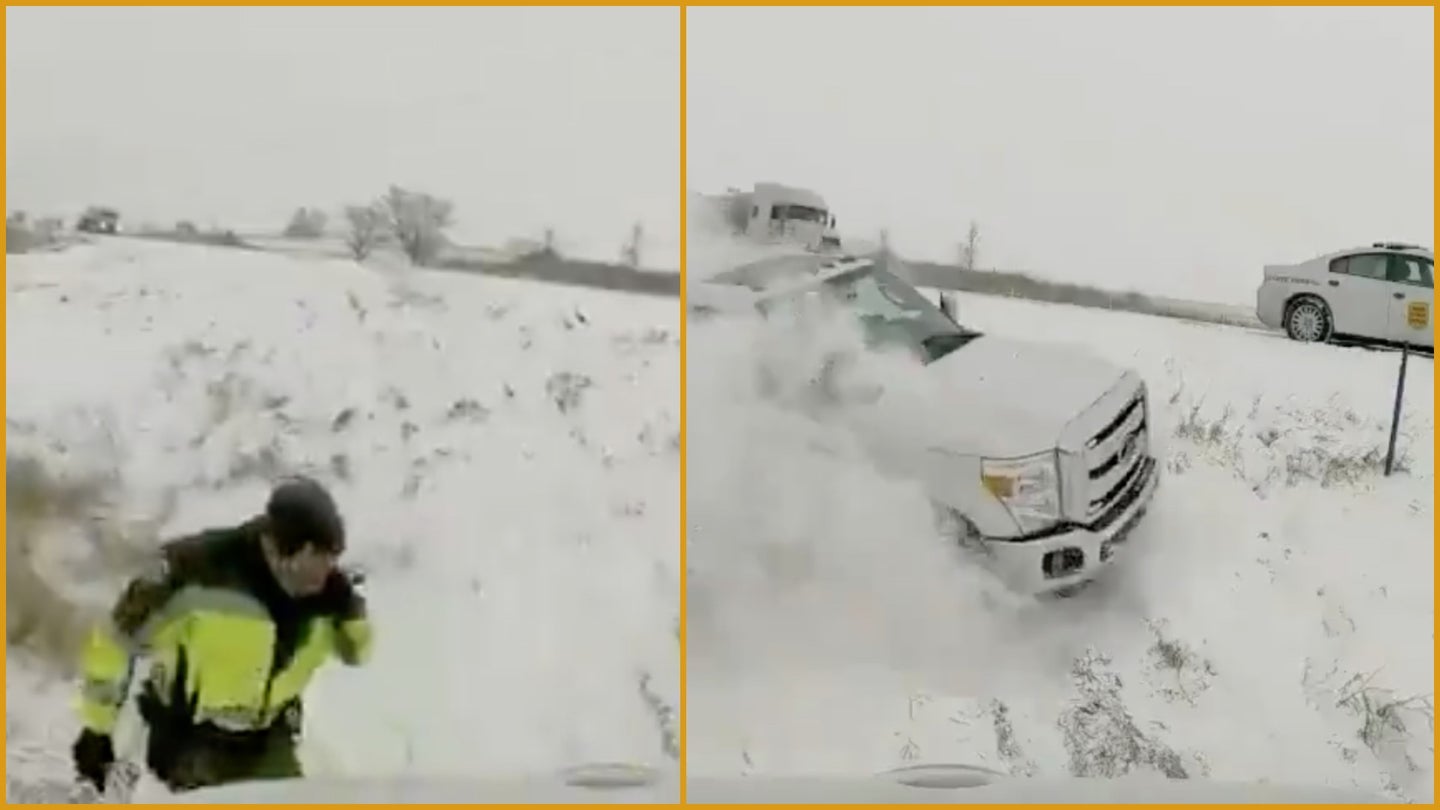 Wintry weather in Iowa late last week may have been a blessing to kids whose schooldays were canceled, but the conditions were anything but to the Iowa State Patrol. During the 24-hour period between 8:00 a.m. last Friday morning and the same time Saturday, the 267-strong department received 371 calls for assistance, or roughly one every four minutes. Of those 371 calls, 60 percent were for motorist assists—stuck cars, breakdowns, etcetera—and 150 for crashes, which equals to roughly more than one every 10 minutes.

One of those crashes was filmed by the dashcam of a stranded semi operated by midwestern wholesale supply company AMCON Distributing. The truck evidently slid off the slushy road and came to a halt with its cab facing the wrong way. An Iowa State Trooper that responded to the incident can be seen looking over the truck with its driver, and as the trooper moves out from in front of the truck, a vehicle can already be seen skidding from the highway—directly at the trucker.

The driver noticed the stray Ford coming at the last moment, and dodges with no time to spare before the F-series work truck empties the contents of its bed on the hood of the semi. Fortunately, the Iowa State Patrol reported that no serious injuries were sustained in this crash, though it pled drivers to respect the road conditions, and slow down for Pete's sake. The lives you save could be those of your own family...or, alternatively, those of a school bus full of kids.