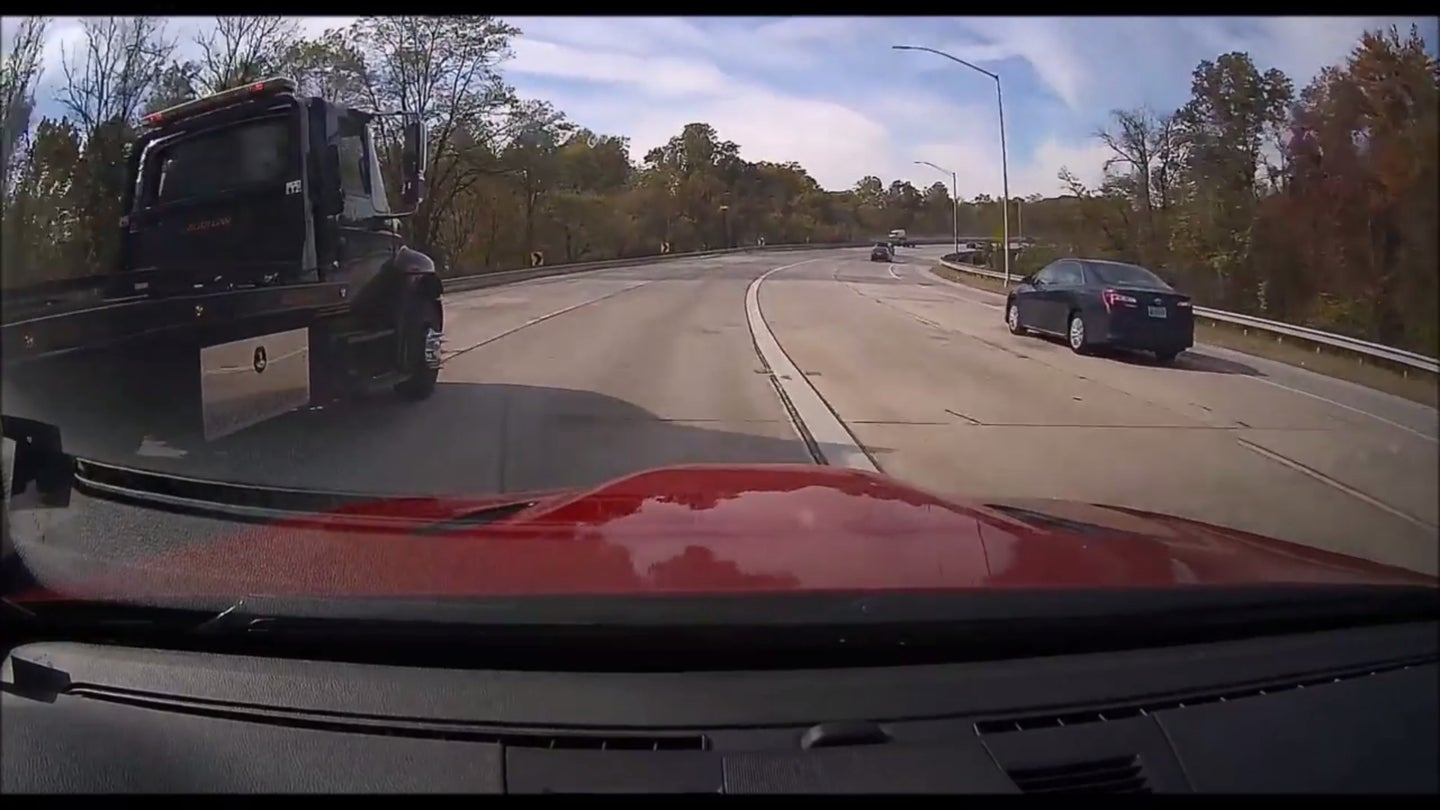 Last month, I reviewed BlackVue's flagship dash camera, the DR750S-2CH. In the review, I talk about how much of a solid choice BlackVue's camera was, but I also promised to compile all of the crazy footage the dash camera captured. I've joked around saying that having a dash camera attracts stupid stuff to occur around me, but truthfully, the crazy stuff was happening anyway. I just now have the ability to prove it.

Like many crazy dash camera videos on the internet, I had my full share of strange. I luckily dodged any accidents, though I did have one close call.

First, I had to dodge a flatbed trying to cut me off coming into my lane and almost hitting me. Then, I saw a work truck with a trailer cut off a car to cross a two-lane road. Even after that, I witnessed a tractor-trailer jackknife itself attempting to make a turn and had no idea how to resolve the situation for a significant amount of time. Finally, I saw the aftermath of a highway accident—all captured on the DR750S-2CH.

The strangest footage my BlackVue dash camera caught was when I was coming home from my local cars & coffee and I approached two people on horses making a left turn in front of me. I immediately slowed down and realized they were trying to wrangle a dog who must have escaped. They eventually corraled the dog and a truck pulled across the road to pick it up. That dog owner was pissed.

The only positive or traffic-stopping footage I captured was catching up to a Porsche 911 GT3 (991.2) before most of them are even out on the roads. My footage is not the craziest on the internet, but it is only from one month of driving.

Check out my dash camera footage compilation below. If you have any crazy dash camera clips, share them below or in the Facebook comments—we'd love to see them.