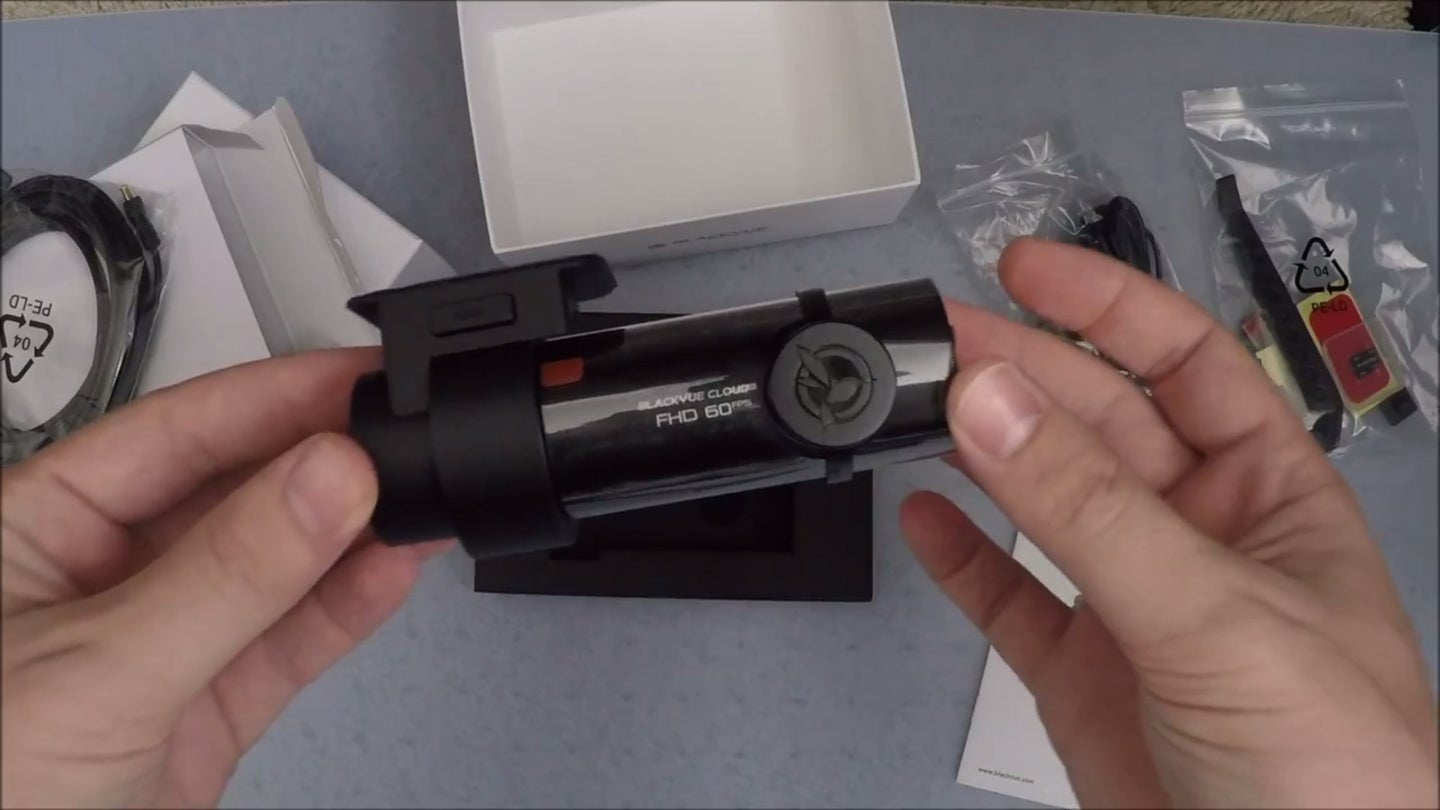 Plenty of videos online show scammers backing their cars into someone else's to get a payout, but having a dash camera would save any victim some trouble. I am not going to say you are going to catch the next Russian meteor, but many drivers have experienced incidents while driving that they wish they had footage of. Whether it is an erratic driver, an accident, or driving through hell, we always wish we had the footage.

Dash cameras can even double for track camera duty. BlackVue is a sponsor of Formula Drift, and every Formula Drift car is equipped with a BlackVue dash camera allowing fans to see streaming footage inside the cars. I tested out the BlackVue’s DR750S-2CH, and here's what I found.

The BlackVue DR750S-2CH is BlackVue’s flagship product. It is a successor to their popular DR650S series. The DR750S-2CH features two 1080p cameras for both front and rear. It has many features that other dash cameras do not have. It features built-in impact and motion detection, Sony STARVIS sensors helping the camera product clear camera footage, built-in Wi-Fi and GPS, as well as an adaptive format-free file management system.

What You Get in the Box

Along with BlackVue dash cameras, the company offers two great ways to access your footage. For Android devices and iPhones, BlackVue offers the BlackVue App.

On Windows or Mac OS BlackVue offers the BlackVue Viewer. The BlackVue Viewer is extremely easy to use. I have dealt with a few track video applications which are not easy to use as the BlackVue Viewer is. The Viewer reminds me of the simplicity of Windows Movie Maker, but its simplicity isn't an indicator of quality. The viewer offers a log of all of the files on your SD card. When choosing and watching a video, you get detailed information such as driving speed, coordinates, date and time, as well as a little Google Map showing where at the point in the video you were on the road.

My Thoughts on the Camera

I think a problem with the dash camera market is it is very over saturated. There are tons of brands pushing their sub-par cameras and there is little brand recognition. I look at dash cameras the same way I look at any security cameras. Crimes are always being committed and they're caught on security cameras, but because the camera records in less than 480p you can't always make out much more than the fact that a figure committed a crime. I think BlackVue and the DR750S-2CH needs to be associated with dash cameras much like a Valentine ONE or an Escort MAX 360 is with radar detectors.

When I received the BlackVue, I knew it was not going to have a screen and I honestly did not know if it was a feature I wanted or not, but after using it for about a month, I can say dash cameras do not need screens. The front camera needs to point forward and the back camera needs to point backward. I understand that you may think you need to get the right view, but a screen for a one-time installation is pointless and convolutes your already busy passenger area. You may have an in car dash screen if you have a newer car for navigation and entertainment as well as possible radar detectors, adding screens you do not need. If you are still worried about pointing it to the right spot, the camera mount has grooved teeth that the camera slides into and locks with a button, but allows vertical up or down adjustment. I installed the BlackVue in my daily driven 2012 BMW E92 M3.

My commute to the office always seems to be when the sun is lowest in the sky, both in the morning and night, daylight savings time or not. I was worried that the dash camera that it would be recording glared video while driving into the sun with, making it difficult to make anything out from the footage. That was not the case. I am clearly able to see driving in the sun as well as driving in the shadows of bridges and tunnels without losing view on the video. I think that is where the Sony STARVIS sensors help out.

BlackVue not only helps you record things on your commute. They offer the BlackVue Power Magic Pro which is a device that helps limit battery drain allowing for the dash camera to record footage while parked.

Regarding the applications you get with the BlackVue-ecosystem, I find I do not use the phone application at all. I downloaded and used it to test of course, but I prefer just using the Windows application to view and export video. I must just be old school, if you like applications supplementing your hardware you will like the BlackVue application, it just is not for me. I am a pull the SD card out and look at it on the computer kind of guy, but luckily BlackVue has me covered on that front.

Price is always a concern with good hardware, but you pay the cost for the best. There are plenty of dub $100 dash cameras, but I am sure they will show you that a car was in front of you. Good luck for determining anything else. I kid, but you see the point, in most cases, quality levels go down with price. A BlackVue DR750S-2CH is going to run you just south of $400.

Regarding things I did not like, I would have preferred some sort of suction cup or rear view mirror mount. Instead it comes with some kind of adhesive gel to adhere the camera mount to your glass. I drive multiple vehicles and would prefer the ability to relocate the camera easily, but if you drive one car it would be no worry for you. I think my biggest gripe with the BlackVue is that having it, appears to make my car a magnet to having crazy stuff happen in front of me while driving.

I hate numerical rating reviews, so I will simply say that the BlackVue DR750S-2CH is pricey, but worth it. It is a solid choice for a dash camera for your car. It checks all the boxes. It has a great ecosystem of applications and two high-quality cameras.

I will be creating a follow-up compilation video of all the crazy things I have caught on my dash camera over time and I will post it right here on The Drive. Stay tuned for that.

If you caught some cool footage with your BlackVue or any dash camera, put it in the comments below or the Facebook comments. I would love to check them out.