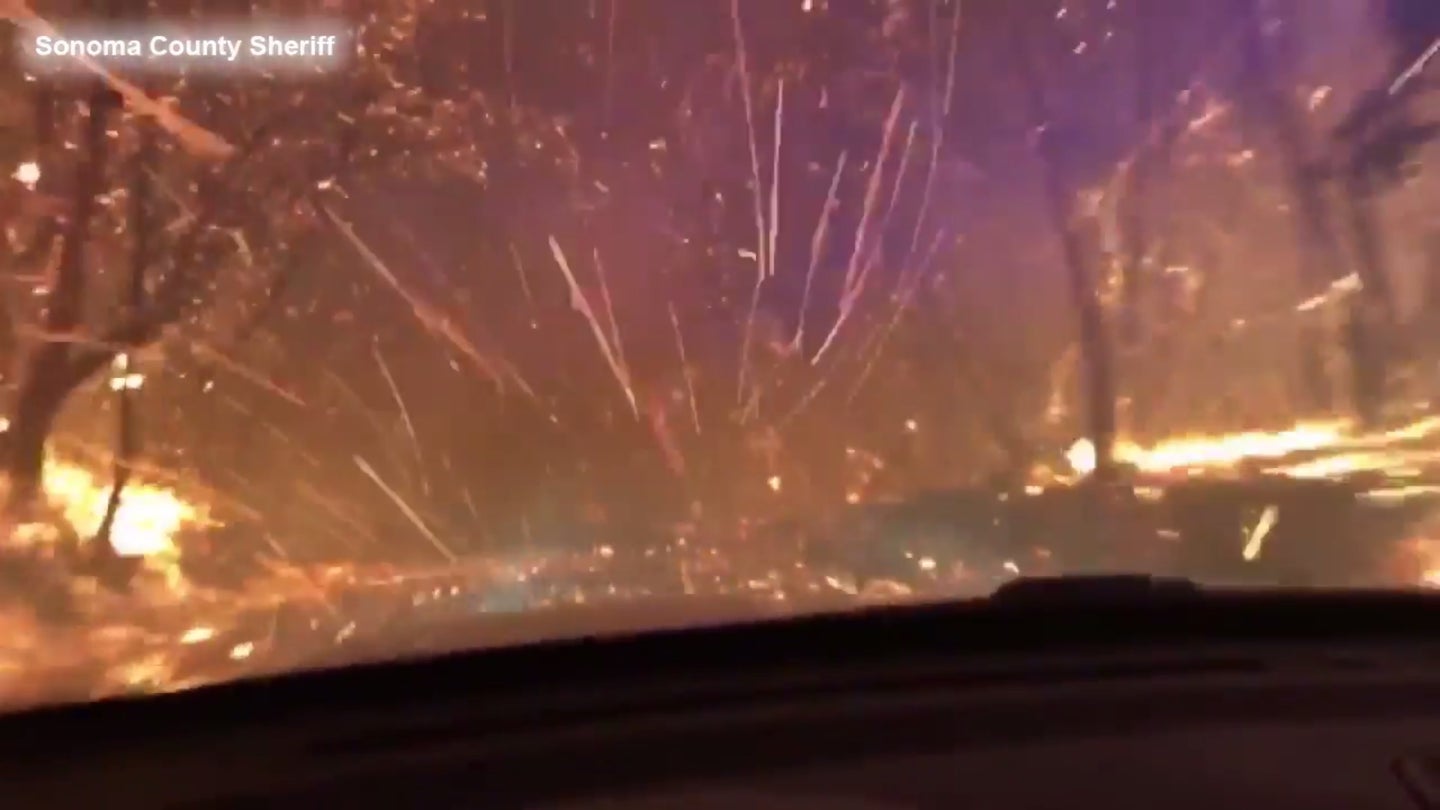 The raging wildfires that have consumed more than 150,000 acres of northern California this week continue to blaze through the region's famous wine country almost unabated. As evacuations continue and authorities struggle to assess the damage, a dramatic dash cam video posted to Facebook by the Sonoma County Sheriff's Office shows the hellish conditions rescue workers are facing as they continue to raise the alarm and get survivors out of the burn zone.

At least 21 people have died in the fires, but that total would be much higher were it not for the tireless efforts of first responders to get people out of the path of the flames. This means traveling through some truly life-threatening conditions to try and help anyone who can't help themselves. According to the Sonoma County Sheriff's Office, this insane video was taken by a deputy as he drove down the area's Franz Valley Road "at the onset of the fire's entrance to Sonoma County."

The terrifying video is eerily similar to others shot by authorities and evacuees in other recent wildfires. The narrow, winding road cuts through an inferno of flaming trees and buildings, burning embers swirl angrily like a demonic blizzard, and the cruiser's emergency lights turn the shrouds of smoke red and blue in a truly surreal sight.

So far, thousands of businesses and homes—including entire neighborhoods in the city of Santa Rosa—have gone up in flames, and many more will likely suffer the same fate before firefighters can contain the blazes. This video is a stark reminder of the danger emergency workers face day in and day out as they continue the fight.