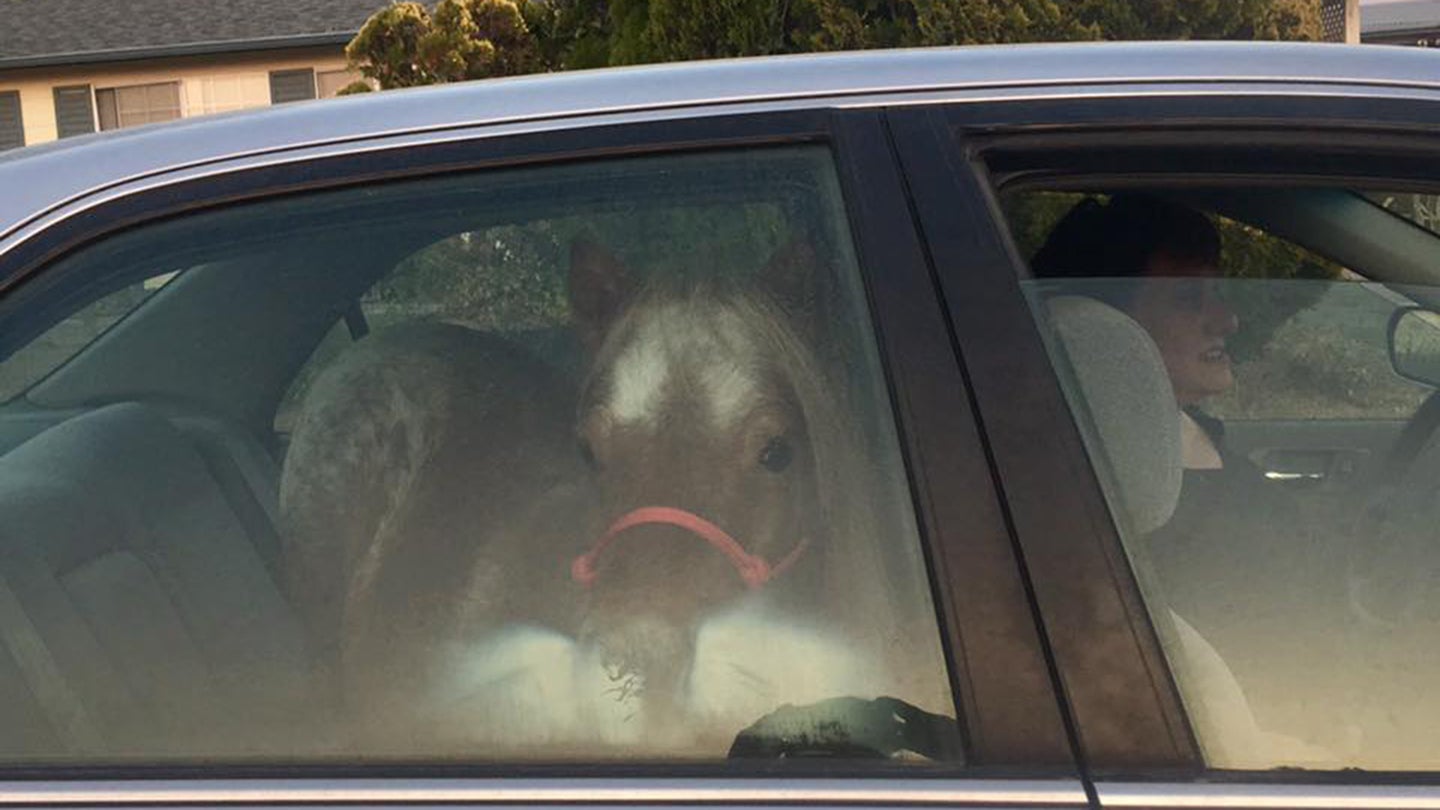 The cleanup continues after a devastating (and still ongoing) round of wildfires in northern California, and stories are beginning to emerge that showcase the extreme lengths people went to save both humans and animals from the flames. Case in point: a woman in Santa Rosa was faced with the seemingly-impossible situation of evacuating her three horses with a two-horse trailer as the inferno closed in. Solution? Just cram the smallest one in the backseat of a Honda.

With the fire burning less than a mile from her house and closing fast last week, Lauren Mesaros decided it was time for her, her two mares, and her pony named Stardust to go. Unfortunately, the trailer she had borrowed from a friend could only fit two horses, leaving no room for Stardust.

Rather than leave him behind, however, Mesaros decided to try and get him into the backseat of her 2001 Honda Accord. She enlisted the help of her "horse whisperer" friend, who coaxed him into the mid-size sedan using a carrot and quickly shut the door behind him. It apparently wasn't too difficult...and it helps that Accords have pretty roomy backseats.

"He actually walked right into the car like a dog would," Mesaros told SF Gate.

The equine trio was taken to a nearby ranch to wait out the fire. Thankfully, Mesaros's property was spared by a sudden change in wind. Her Accord is another story.

"My car will never smell the same again," Mesaros told SF Gate. "It's a little funky in the backseat, but [Stardust] survived."