This awesome build will debut as a competitor in the Race of Remembrance. 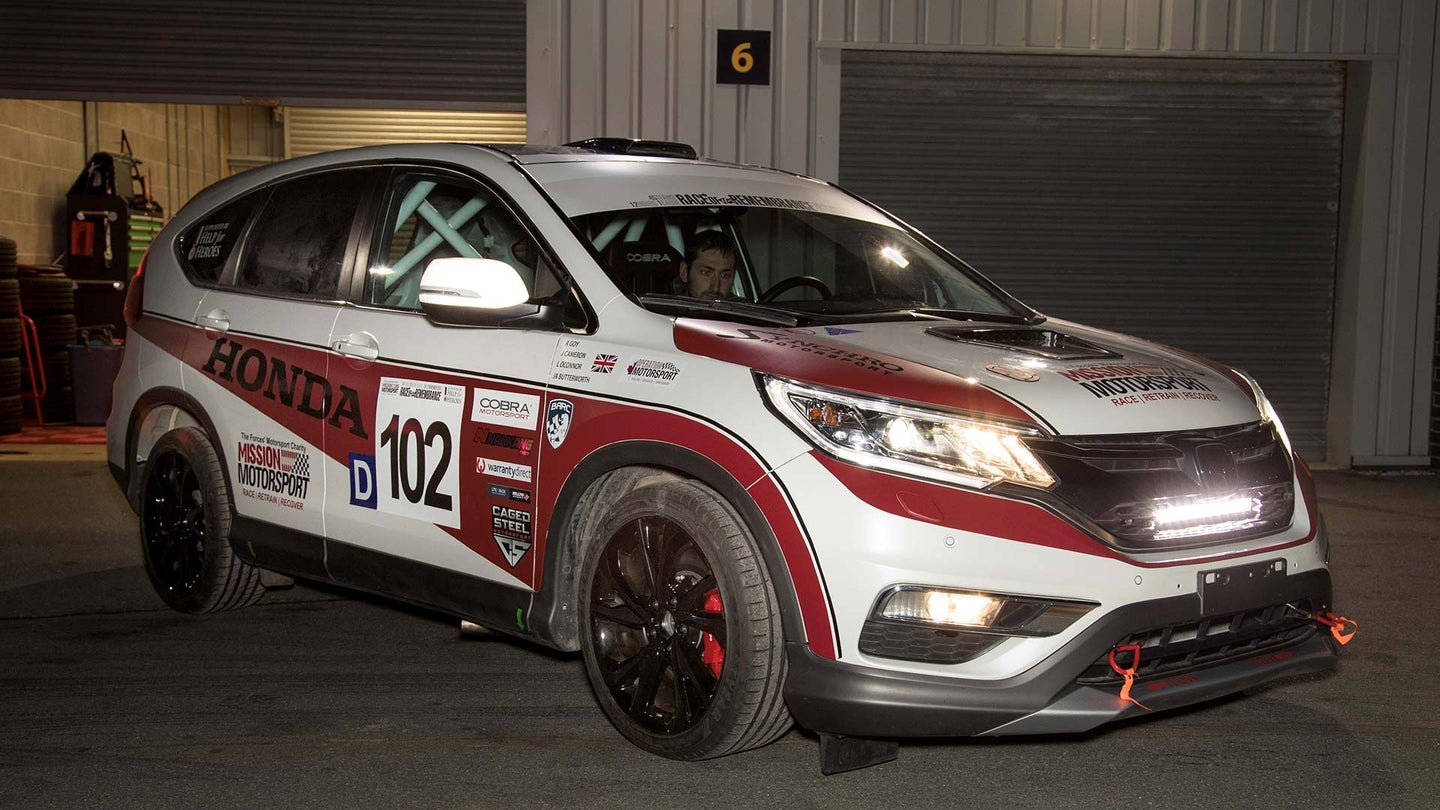 It's time for the Honda CR-V to enter the ring of competition—with some help from an oil-burning motor. Thanks to a collaboration between Honda and Mission Motorsports, a diesel version of the CR-V has been built to compete in the Race of Remembrance. Still paired with a nine-speed transmission, the Honda CR-V has taken on a whole new personality with the addition of a diesel engine.

Originally starting life as a stock CR-V 1.6-liter i-DTEC AWD EX, Mission Motorsports transformed it into a full-blown rally car, with massive LED lights, a custom roll cage, gutted interior, and a new suspension with a lower center of gravity. Honda also swapped out the stock brakes for the Brembos you find in a Civic Type R, as well as the beefier wheels found on the Civic Sport. Unfortunately, Honda did not specify the diesel engine's specific configuration, so it looks like we are going to have to wait for more details. When all was said and done, the only things left stock in the CR-V were the transmission and dash.

The Race to Remembrance will take place this weekend at the Anglesey circuit in Wales. The Honda/Missionrally team will be comprised of Private Lionel O'Connor, who lost his left leg in Iraq while serving the Royal Anglian Regiment in 2006, alongside Jon-Allan Butterworth, who lost his left arm in Iraq in 2007. The rest of the team is made up of Alex Goy (driver and automotive journalist, no relation to our guy) and Mission Motorsports CEO Major (retired) James Cameron.

Say what you will about the Compact Crossover: America gets what America wants.